Are natural catastrophes on the rise?

Scientific studies and measurements by the insurance industry, which are very present in response to this type of phenomenon, point to an increase in extreme natural events. Although part of this is due to climate change, the greatest effects of which are still to come, the main explanation for the recorded increase in the damage caused is due to socio-demographic movements. There are more and more inhabitants on the planet, and we tend to crowd together. This means that the risks of natural disasters are on the rise.

To talk about the risk involved in an event of this type, MAPFRE RE’s Director of Natural Risks, Juan Satrústegui, explains that three factors must be taken into account:

This is the danger posed by the phenomenon itself: floods, hurricanes, and earthquakes, among others. Each occurs with a particular frequency and severity, and the risk involved increases as these two variables increase.

The potential damage that people and exposed property can experience is closely related to how prepared societies are for natural disasters, with elements such as structures, in which developed countries have made great progress. For example, an earthquake of a relatively moderate magnitude left tens of thousands of people dead in 2003 in the city of Bam, Iran, because it was a city built primarily of adobe, which was razed to the ground. Earthquakes of a similar magnitude in a country like Japan cause much lower human and property losses.

It increases with the concentration of people and property in an area susceptible to a natural hazard event. A hurricane in an unpopulated and arid area is not a catastrophe, only a natural event of great magnitude, since catastrophes are catastrophes according to the damage caused. Hundreds of extreme events go unnoticed. The 2010 earthquake in Haiti, with hundreds of thousands of deaths and devastation from which the country has still not recovered years later, is the opposite case since the earthquake took place near the capital and in a densely populated area, to which we should also add its high vulnerability.

Once these three factors have been identified, we can better explain what is happening in the evolution of natural disasters. 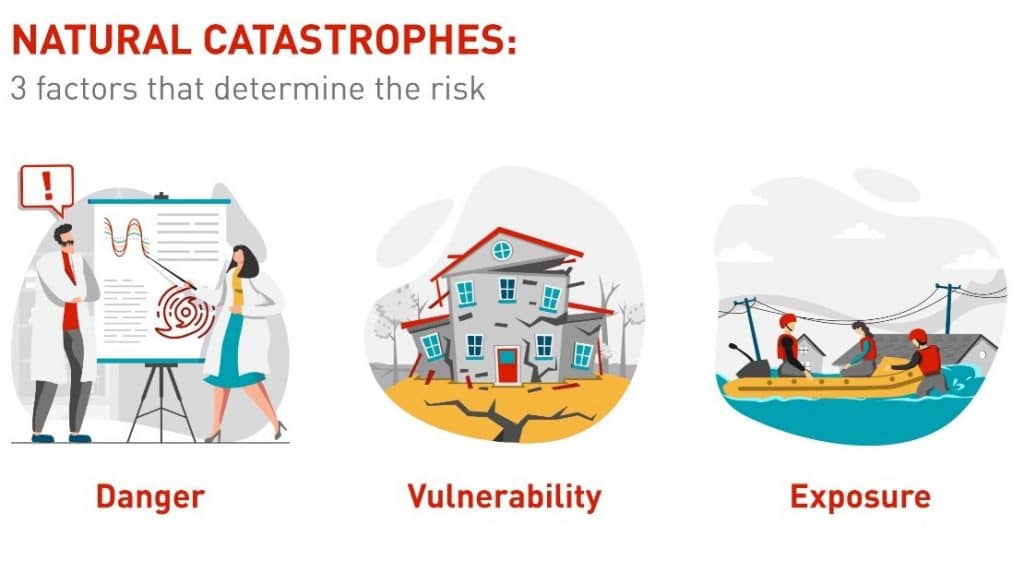 The main problem we are facing in the short term is exposure. The risks of natural catastrophes are amplified by the increasing concentration of population and material goods.

“There are more of us on this planet, and we are in the same place where there used to be billions fewer people. When an extreme natural event occurs, it affects more people and more assets and causes greater consequences,” MAPFRE RE’s Director of Nature Risks summarized. “In addition, we are a society concentrated in large cities, in many cases exposed to these natural disasters. Even if the vulnerability is small, if you put together a big hurricane with a big city, the risk will be high,” Juan Satrústegui added.

Natural disasters are of various types, and one type are meteorological in origin: floods, droughts, heat and cold waves, hurricanes (also cyclones or tropical storms, they are the same phenomenon), extreme temperatures, and others. There is plenty of evidence that human-caused variation in the planet’s temperature is causing these catastrophes to be characterized, first, by a greater frequency, and second, increasing severity.

Climate change has a varying impact in different parts of the planet: in some latitudes, it may lead to increased flooding and, in others, a greater risk of drought. However, experts warn that its greatest consequences have not yet arrived, but will materialize in several decades.

But there are other types of extreme natural phenomena. For example, geological disasters (earthquakes, volcanoes, etc.) do not have their roots in the climate. They are therefore not directly affected by the increase in global temperature. Moreover, these events require a much longer observation time, since their frequency can be referenced in centuries, rather than in shorter periods. 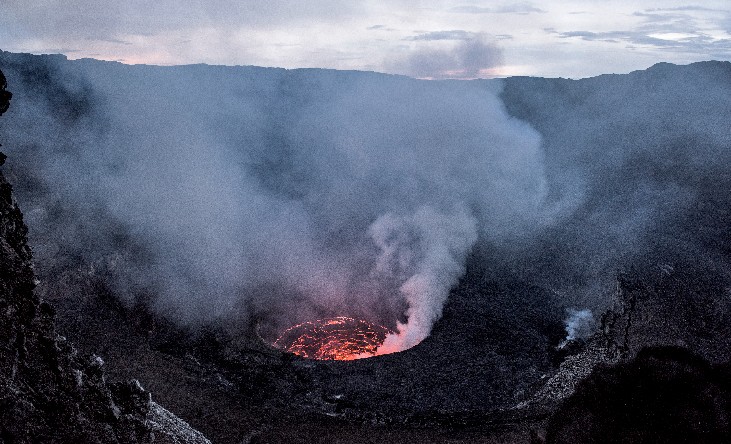 As we have seen, the damage that natural catastrophes can cause depends largely on the preparedness with which societies face them, with issues such as infrastructure. Today, technology makes it possible to build populations that are more resistant to these hazards, but how areas exposed to natural hazards have adapted to them is unequal. Emerging countries continue to have major shortcomings, while the more developed countries, beyond the uncontrollable nature of these events, are today much better protected than they were 100 years ago.

On this point, there is also some hopeful news. Although natural disasters have multiplied in recent decades, along with the material losses caused, early warning and disaster management systems have saved hundreds of thousands of lives, as shown in a recent UN study. Natural disasters hit us harder, but we are learning to cope with them.

Juan Satrústegui explains that if we look at the indemnities with which insurance responds to destruction after a catastrophe, we can understand its importance and “the exceptional support that society has for the insurance sector.” These events can involve losses of billions of euros since they affect in an instant everything from a micro-company or a family to countries whose productive capacity is seriously affected. In this situation, insurance makes it possible to resume life as soon as possible, when it would otherwise be impossible in many cases. “The insurance sector is a basic element for the well-being of society, contributing to its sustainability,” said MAPFRE RE’s head of Natural Risks. 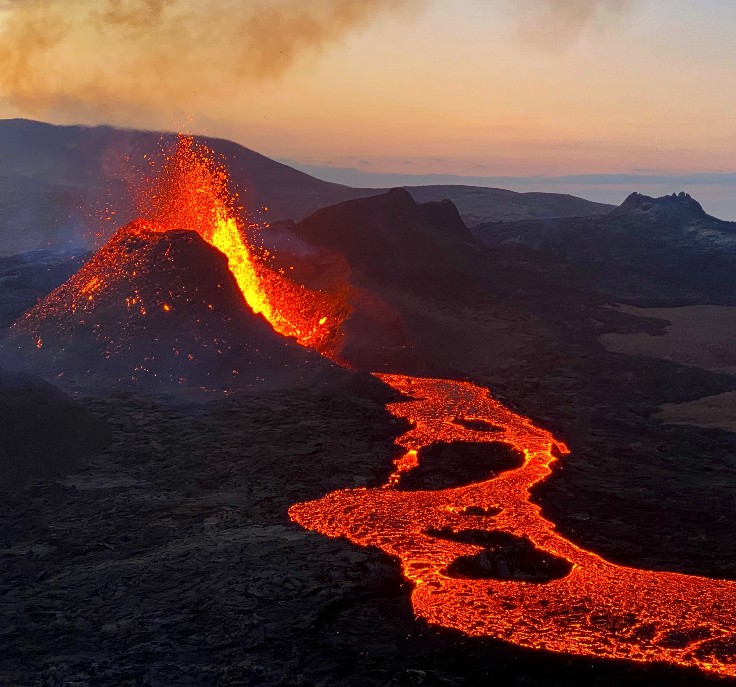 Natural disasters are increasing, but more lives are being saved

SUSTAINABILITY| 02.11.2021 Natural disasters are increasing, but more lives are being saved Early warning systems have helped reduce deaths from extreme weather events over the past 50 years. The... 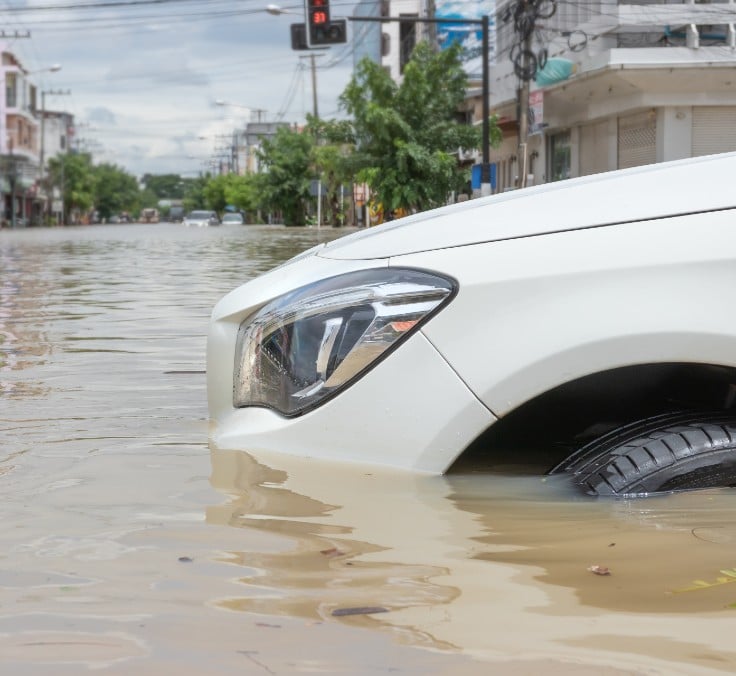 Artificial intelligence will save us from natural disasters 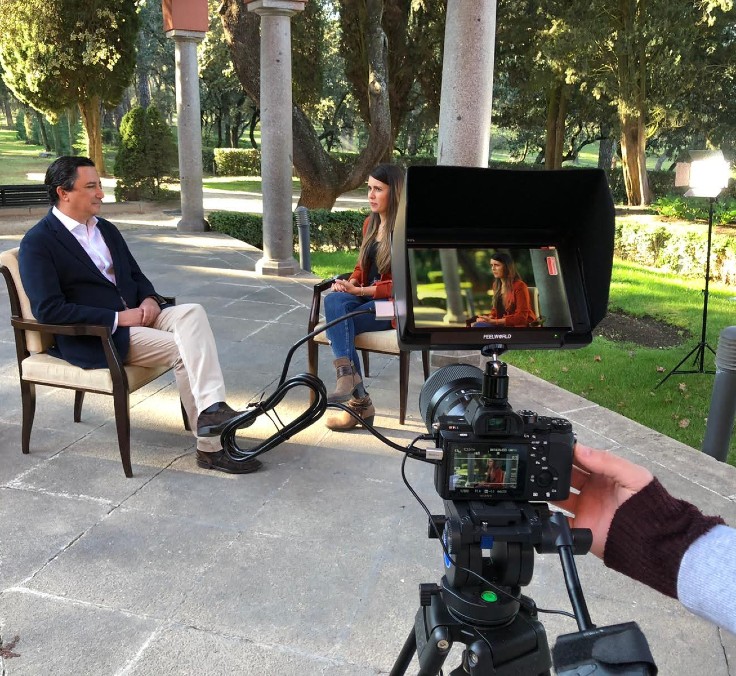