Artificial intelligence will save us from natural disasters

The ability to analyze a large amount of data will enable artificial intelligence systems to anticipate possible natural disasters before they happen, thus preventing the loss of human lives.

Many technological advances throughout history have protected human lives from the threats that endanger them. They generally did so in a reactive way. That is, once a disaster occurred, they reacted as quickly as possible to mitigate the damage and then take action in the event of a recurrence.

However, when it comes to natural disasters, the best defense is to anticipate the events, something that was not possible until the emergence of artificial intelligence and big data. These technologies not only facilitate the analysis of a huge amount of data, they are also able to interpret it in such a way that they can anticipate what is going to happen.

Just as machines are equipped with the capacity to learn in order to help companies and businesses respond to possible market demands, work is ongoing to enable them to learn how nature “works.” The aim is to anticipate possible disasters, many of which are caused by climate change, which has no prospect of slowing down in the coming decades.

For this, all kinds of data are collected, from similar disasters and common scenarios, so that the system works to develop predictive models that allow early decision-making to first help minimize the loss of human life and secondly reduce environmental and economic losses. It should be noted that every year natural disasters cost 520 billion dollars and many lives and lead to a rise in poverty.

Given that AI systems that are capable of predicting what can happen are extremely useful, there are all kinds of projects (many of them in the pilot phase) around the world that are harnessing the benefits of this technology in order to make huge strides forward in terms of responding to possible natural disasters.

One of the companies focusing on this segment is Fujitsu; it is working on the development of a technology whose purpose will be forecasting floods caused by overflowing rivers. The project is based in Japan, as on numerous occasions heavy rainfall has caused rising rivers to damage towns across the country. With AI, they intend not only to predict possible rainfall, but also how much the rivers might rise and thus, warn the relevant authorities to take appropriate action.

Google is also working on potential flooding as part of its Google Public Alerts program. Google has brought artificial intelligence into the equation through a project it is carrying out in India. As with Fujitsu, the aim is to detect potential floods, which will help India’s Central Water Commission, with whom Google is collaborating, to anticipate disasters that cause huge losses every year. For the time being, the initiative is being carried out in the Patna region, but the aim is for it to soon be used anywhere in the world.

Yossi Matias, VP of Engineering at Google, explains how AI works: “A variety of elements—from historical events, to river level readings, to the terrain and elevation of a specific area—feed into our models. With this information, we’ve created river flood forecasting models that can more accurately predict not only when and where a flood might occur, but the severity of the event as well.” 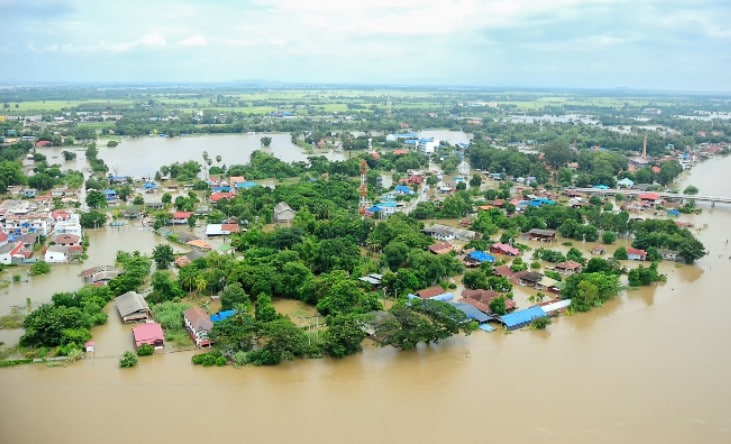 At the other end of spectrum to floods, but equally catastrophic, are fires. Several projects are underway to prevent them as well. One of these is that being carried out by the United States National Center for Atmospheric Research, which uses technology capable of forecasting and managing natural disasters, such as severe forest fires.

All kinds of data are analyzed for this purpose, as exhibited by Bee2Fire Detection, a project that relies on IBM’s AI to prevent this type of ecological disaster. In this case, information such as temperature, relative air humidity, and wind direction are collected and analyzed… for comparison with other past incidents and to allow any problems to be anticipated. 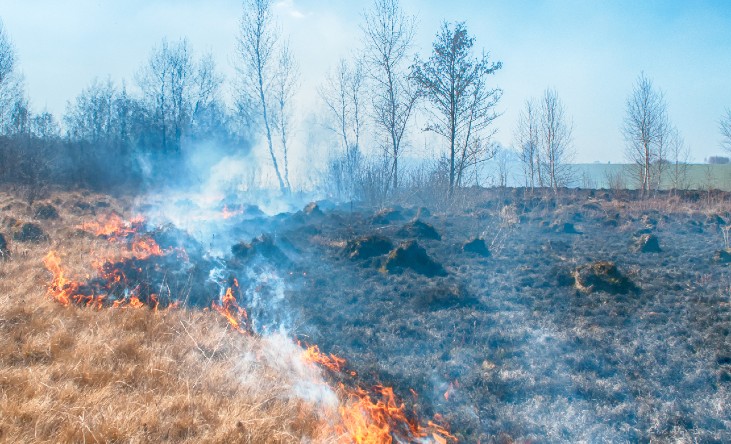 For artificial intelligence to make it possible for systems to learn and react to potential natural events, it is critical to obtain vast amounts of data from sources of all kinds. It is only through thorough analysis that it is possible to reach valid conclusions.

For this reason, the Disasters Risk Reduction (DRR) project of the EO4SD (Earth Observation for Sustainable Development) of the European Space Agency (ESA) is based on data collected by observation satellites and monitoring technologies of all kinds. These will be key to drawing conclusions that will be taken into account when predicting possible natural disasters: from earthquakes and floods, to droughts, tsunamis and even storms that can cause major destruction.

“The advantages of satellite imagery are enormous: they allow the collection of a wide range of parameters quickly and in great detail, such as population distribution and density, the type of buildings and infrastructures that exist, the resources available, the type of vegetation, elevation and slope of the land, etc. By collating this information with historical series of satellite images and data collected in situ, you can find out, for example, which areas may be affected by a flood, which populations and infrastructures will be most impacted, which areas may suffer landslides, which evacuation routes can be used,” explains Indra, a Spanish organization that forms part of the group of companies working on this project.

The applications of AI for tackling natural disasters are just some of ways that it can be used to protect human lives. Not in vain, the report Artificial intelligence and the circular economy: AI as a tool to accelerate the transition, drawn up by the Ellen MacArthur Foundation, in collaboration with Google and with analytical support from McKinsey & Company, noted that artificial intelligence can be key to preventing huge waste in the food system and thus achieve savings of 127 billion dollars annually. “Combining the power of AI with a vision for a circular economy represents a significant, and as yet, largely untapped opportunity to harness one of the great technological developments of our time. It will support efforts to fundamentally reshape the economy into one that is regenerative, resilient, and fit for the long term,” they explain in the report.