Natural disasters are increasing, but more lives are being saved

Early warning systems have helped reduce deaths from extreme weather events over the past 50 years.

The volcanic eruption in the south of La Palma, one of the Canary Islands, Spain, has kept the local population on edge, while images of the earth spewing lava and blazing orange rivers carrying away everything in their path have gripped millions of people around the world.

Fortunately, the loss of human life has been minimal. This was because the volcano opened up some distance away from urban areas, while early warning systems helped to predict the risk of eruption.

When the seismic swarm started to be felt a few days earlier, the National Geographic Institute of Spain (IGN) reported that thousands of earthquakes had been detected. The majority were unnoticeable on land, since they were not of great magnitude and took place far below ground However, both the ability to record such activity and the studies carried out in recent years in what is known as “Isla Bonita” made it possible to warn the population well in advance, allowing the inhabitants of the area to be evacuated. Not surprisingly, there has been seismic activity since 2017 that experts considered abnormal.

Perhaps due to the type and location of the eruption, the loss of human life would not have been high in the past either, but the event would have been far more dangerous due to the sheer fact that there was no telling what was “brewing” beneath the Earth’s crust.

On a related note, in terms of the ability to predict the volcanic eruption in La Palma, the Atlas of Mortality and Economic Losses from Weather, Climate and Water Extremes was recently released by the World Meteorological Organization (WMO) and the United Nations Office for Disaster Risk Reduction (UNDRR).

And although we are talking about two different types of disasters—the report does not cover seismic or volcanic activity—the report highlights the advances in early warning systems as essential to saving human lives.

The difference lies in the fact that extreme weather events have markedly increased in the last 50 years due to climate change, which is not a factor in events such as the volcano in La Palma.

Are extreme weather events on the rise?

Before evaluating how early warning systems help to reduce deaths in such disasters, the WMO and the UNDRR explain that a dangerous trend has been observed, especially in recent years, involving a steady rise in natural disasters.

The aforementioned Atlas contains data collected from 1970 to 2019, a period when natural disasters accounted for half of all disasters, causing 45% of all deaths reported and 74% of economic losses. There were more than 11,000 natural disasters, just over 2 million deaths, and 3.46 trillion dollars in losses.

WMO Secretary-General Petteri Taalas said: “The number of weather, climate, and water extremes is increasing, and they will become more frequent and severe in many parts of the world as a result of climate change.” “That means more heatwaves, droughts, and forest fires such as those we have observed recently in Europe and North America,” he added.

Climate change, the leading cause

As previously noted, climate change is the leading cause of the rise in the number and magnitude of disasters. First, rising temperatures lead to increased water vapor in the atmosphere that has at times resulted in extreme rainfall, in turn leading to dangerous flooding. 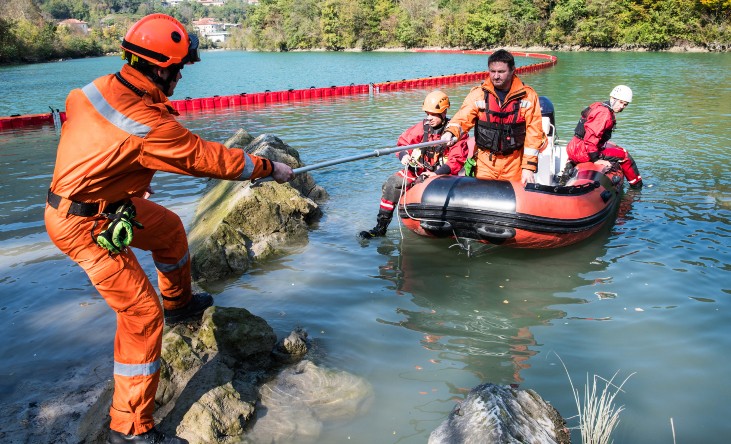 Next, the increase in ocean temperatures has also led to more frequent tropical storms and phenomena such as hurricanes, typhoons and cyclones. Other events include heatwaves and droughts, which many experts also attribute to human activity.

The WMO report concludes that human beings must adapt to this new reality, since climate change continues its course and the global average temperature is steadily rising.

Therefore, early warning systems, used to minimize both mortality and economic losses, are becoming increasingly important. In fact, the good news concerns the number of lives that have been saved. While in the 1970s, such disasters killed 50,000 people, the number of deaths dropped to 20,000 in the 2010s, which contrasts with the increase in disasters mentioned above.

“More lives are being saved thanks to early warning systems, but it is also true that the number of people exposed to disaster risk is increasing due to population growth in hazard-exposed areas and the growing intensity and frequency of weather events.  “More international cooperation is needed to tackle the chronic problem of huge numbers of people being displaced each year by floods, storms, and drought,” said Mami Mizutori, UN Special Representative and head of the Office for Disaster Risk Reduction. She warned that it is precisely the poorest populations who lack adequate resources and are therefore in the greatest danger. In fact, one can only wonder what the La Palma eruption would have been like in a more impoverished area.

In this regard, the WMO itself noted a few months ago that only 40% of the organization’s member countries have multi-risk early warning systems. “Being prepared and able to react at the right time, in the right place, can save many lives and protect the livelihoods of communities everywhere,” said Petteri Taalas.