Spanning vast quantities of land from Patagonia to the border with the United States, and more than 600 million inhabitants, Latin America is a very diverse region. However, the twenty countries that make up this region have certain shared characteristics, such as their economic structure. This also goes for insurance, and when looking at industry figures compared to other regions, it is evident that Latin America is a region where insurance cover is not all that widespread.

The weight of insurance on the Latin American economy accounts for 3% of GDP, less than half the global average. The trend over the past decade has seen growth in the industry; however, economic difficulties and the Covid-19 crisis have slowed down the reduction in the insurance gap. The importance of this aspect is reflected in the fact that the development of insurance tends to go hand in hand with economic and social progress, and, generally speaking, more developed companies have a high level of insurance when compared to their economy.

The relationship between the economy and insurance

As indicated by Manuel Aguilera, general manager of MAPFRE Economics, “there is a clear empirical correlation between the degree to which an economy is developed and the penetration of insurance”, which manifests itself in a twofold manner. Elasticity of demand for insurance is high, meaning it grows in line with general economic expansion. Additionally, the higher the level of insurance in an economy (i.e. when a broader range of risks is covered by insurance), the lower the level of operating difficulties facing consumption and investment — the core drivers of economic growth — which in turns leads to greater wealth generation, explains the economist.

“Therefore, more insurance coverage in Latin America would evidently drive economic activity in the region, increasing the well-being of its population,” concludes Manuel Aguilera. The relationship between the economy and insurance takes on a dual dimension, as the sector is characterized by highly elastic demand: when the economy expands, the demand for insurance cover does too. 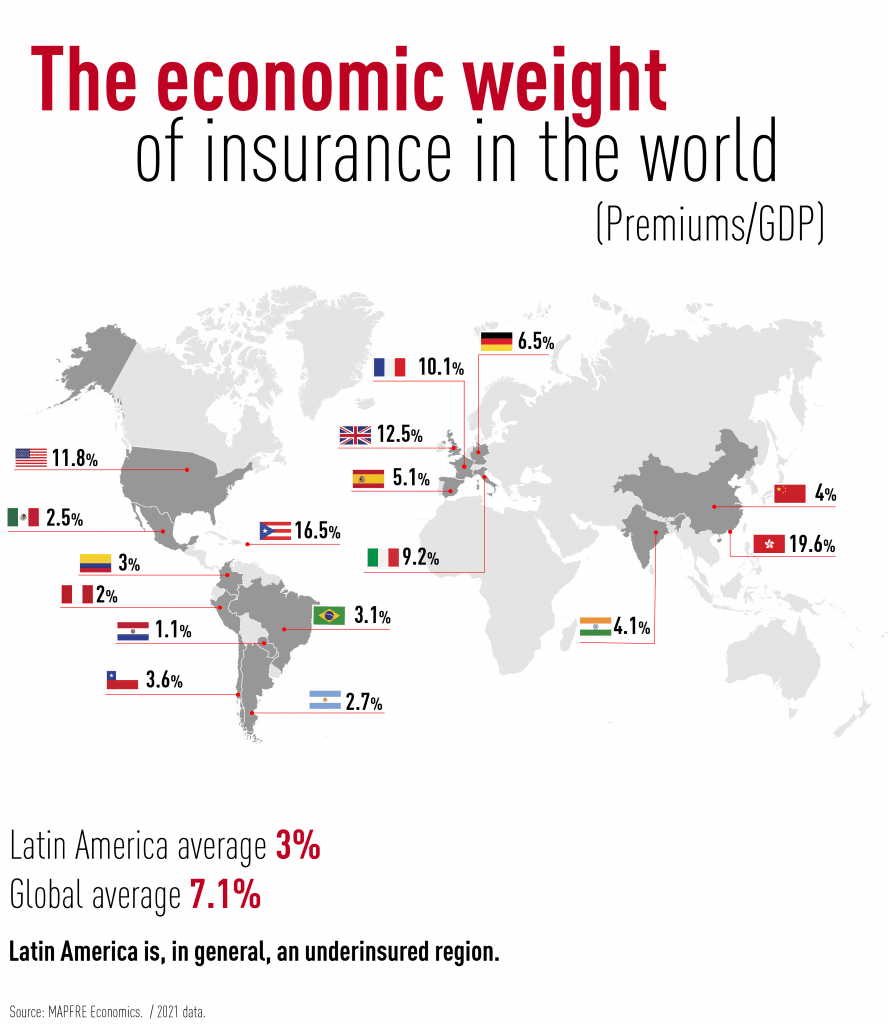 Insurance penetration (premiums in relation to GDP) in Latin America varies by country, as can be seen in the MAPFRE Economics report on activity in the region. To this end, Puerto Rico is worth particular mention, with a penetration of 16.5%, given the importance of health cover on the Caribbean island. Some way behind is the Chilean insurance industry, at 3.6% of its economy, followed by Brazil at 3.1% and Colombia at 3%. Most of the 19 countries analyzed by MAPFRE Economics are in the range of 2.9% to 1.5%. The three countries where insurance has the lowest economic weight are Guatemala at 1.3%, Venezuela at 1.2%, and Paraguay, where premiums account for just 1.1% of the country’s GDP.

This level of insurance in Latin America is low compared to the global average, which stands at 6.8%. Amongst the most developed countries, those with the highest levels of penetration are the United Kingdom (11.1%), the United States (11.7%) and France (9.5%), as well as other markets with a much smaller population and smaller weight of the finance sector, such as Hong Kong (19.6%). They are followed by countries like Germany (6.5%) and Spain (5.1%). However, the ratio of insurance premiums in relation to the economy is also higher in developing nations. MAPFRE Economics reflects on the case of India, where last year penetration stood at 4.2%.

What is limiting the development of insurance in Latin America?

Looking beyond economic fluctuations, there are structural factors that limit the industry’s expansion in Latin America. The General Manager of MAPFRE Economics identifies four main causes:

The medium-term trend has been positive 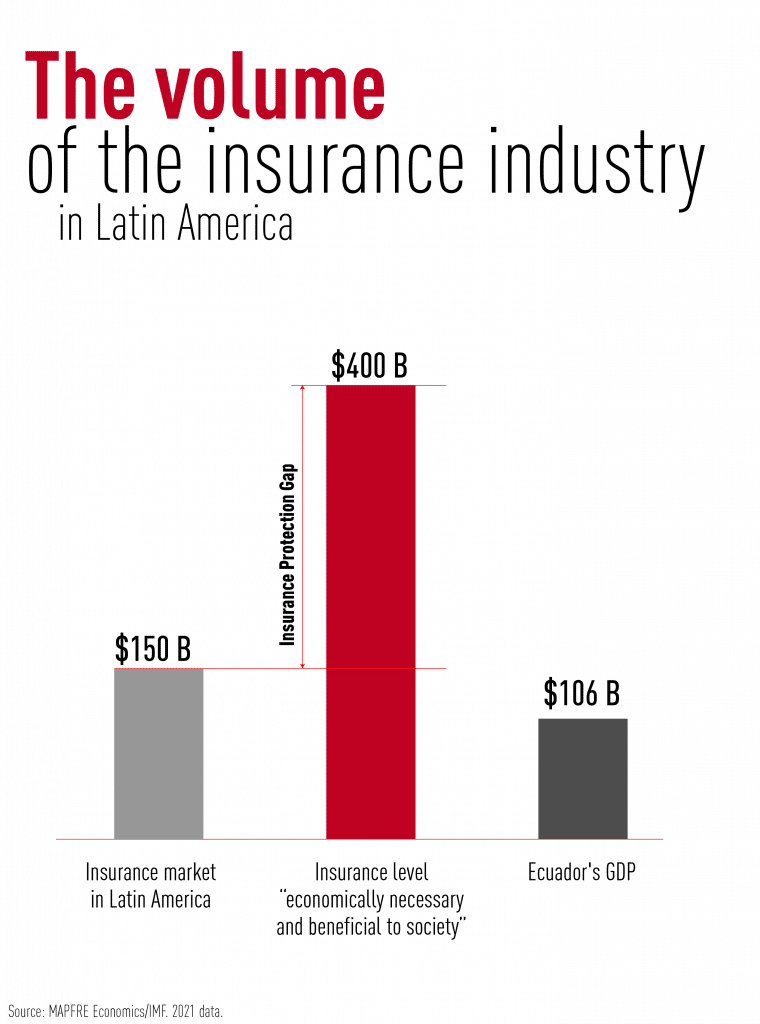 In relative terms, this gap has dropped in recent years, when insurance penetration across Latin America as a whole moved from 2.5% to 3%. This progress was achieved because insurance activity grew more than the general economy during a period that was highly complex for many countries in the region, in particular during the second half of the period. More recently, the Covid-19 crisis put the brakes on the growth of the insurance industry. 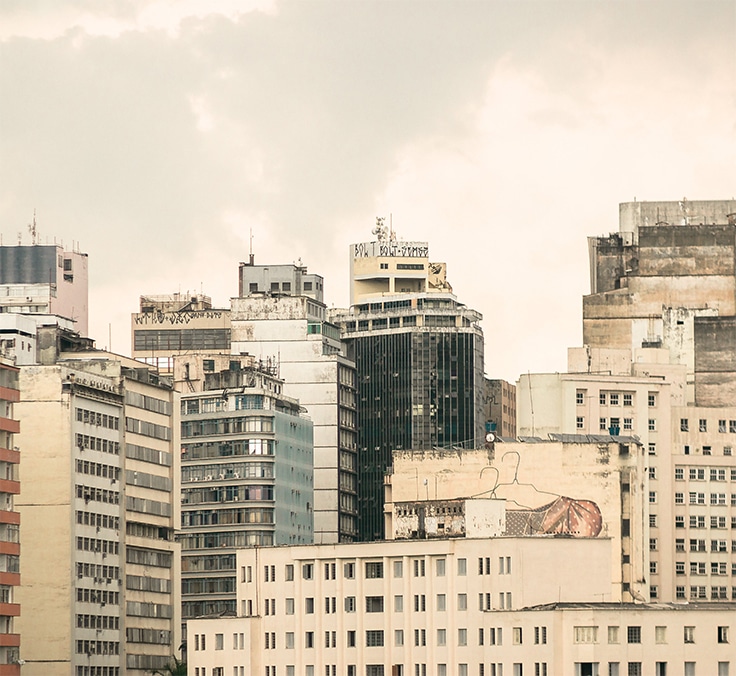 Emerging countries and the insurance sector: common challenges on the road to growth 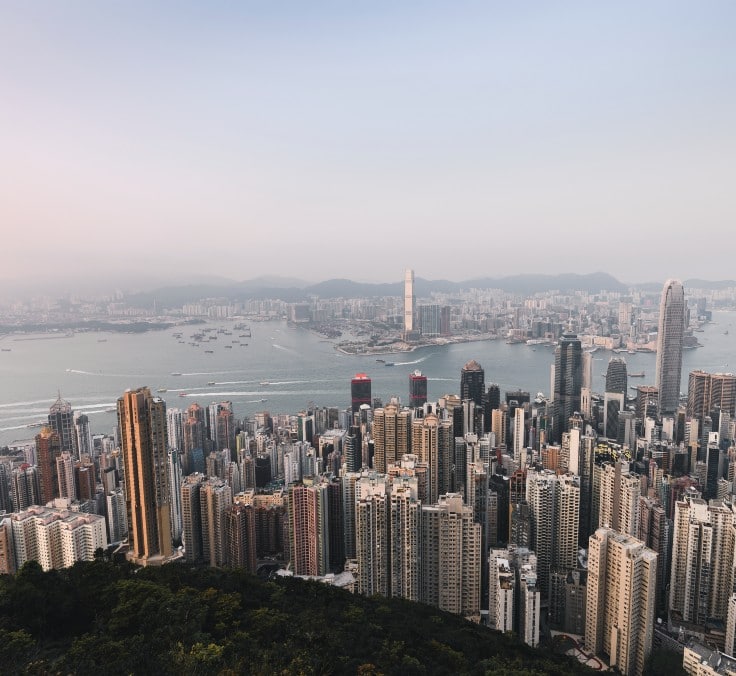 INSURANCE| 10.12.2021Inequalities, climate change, and cybersecurity: the major risks cities will face in the futureFor decades the world has been experiencing an unparalleled rise in its population... 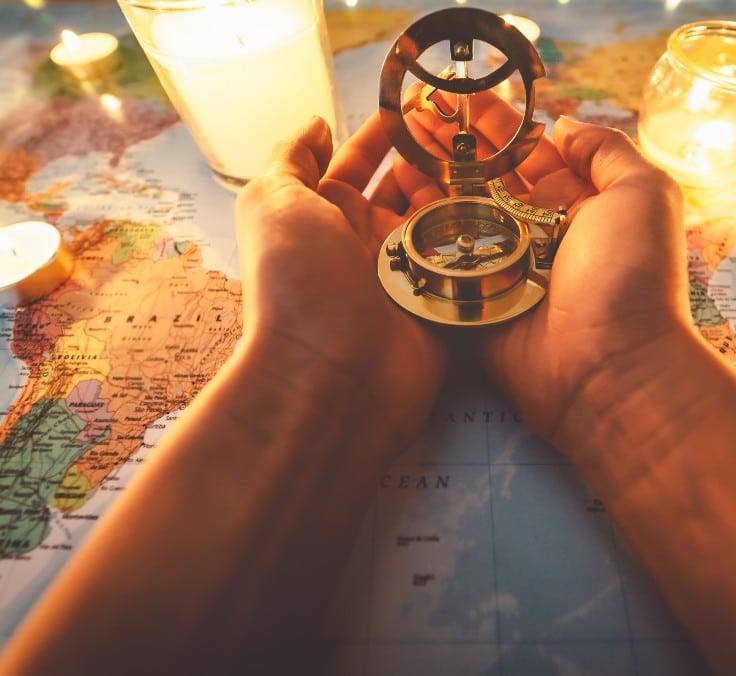