For decades the world has been experiencing an unparalleled rise in its population figures, which have more than quadrupled during the last 100 years, and this is a trend that does not appear to be slowing. The number of people on the planet will continue to grow by the billions, and almost all of this demographic explosion will be absorbed by cities. This is a phenomenon that presents some serious challenges.

Although all urban locations will be focal points for this exponential increase in population, most of it will be concentrated in developing countries. Not only will cities in Latin America, Asia, and Africa continue to be most heavily affected by this extraordinary population boom, they will also be exposed to the highest levels of associated risks. In general, these tend to be cities with the lowest levels of planning and with uncontrolled growth. In many cases they also have the greatest exposure to extreme weather events, and they have lower levels of social cohesion combined with higher levels of violence.

Although the types of threats being faced around the world are quite variable, cities have a series of risks in common as their populations continue to grow. These risks may be of natural origin or they may have human causes, and they therefore include everything from disasters such as flooding and pandemics to episodes of social unrest and terrorist attacks. In practice, the line that separates these is not well defined, and the losses experienced after a major event with natural causes can be strongly affected by negligence, corruption, poor planning, and application of ineffective laws.

In its recent publication entitled “Future Urban Risk Landscapes: An insurance perspective”, the Geneva Association, which has a membership consisting of leading global insurance companies, explains the main risks that cities are facing:

Natural disasters threaten populations, especially those existing in some developing countries. Many of these disasters are also being affected by climate change, which means that their frequency and severity are increasing.

“Certain pre-existing conditions have an influence on the risks to which large cities are exposed, such as those derived from earthquakes, volcanoes, hurricanes, floods, etc. And regardless of whether or not these are linked to climate change, their effects are being amplified by increasing concentration of population and assets”, explains Manuel Aguilera, general manager of MAPFRE Economics.

Among these potential disasters, the cited study especially warns of exposure to rising sea levels and flooding, since many of the world’s major cities are located in coastal zones or on the banks of rivers. There are numerous countries around the world where a high percentage of residents live in a situation that is very vulnerable to these phenomena. The report also expresses concern about heat waves. These have been the cause of a sharply increasing number of deaths in recent years, and they have the potential for producing high death tolls in certain countries already affected by poverty. 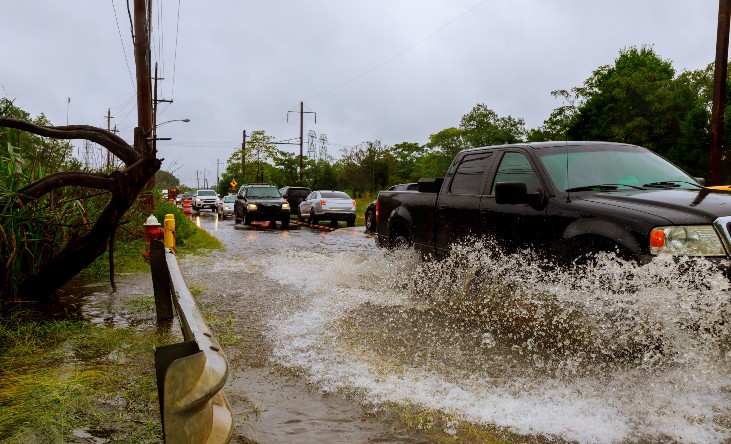 Since the beginning of the 21st century, technology has been taking on increasing importance in relation to the way cities operate, as efforts are made to increase the efficiency of urban services and infrastructure. We have now seen the emergence of what are known as “smart cities”, a term that refers to phenomena as diverse as reliance upon satellites, control of systems and machinery using artificial intelligence, and working from home. This is a historic change that has already allowed improvement of quality of life and reduction of many risks, in relation to aspects such as urban mobility and health. However, another result of this growing dependence on technology is a high degree of vulnerability to malfunctions or attacks. For example, there is increasing exposure to the effects of “space weather” events that can knock out satellite communications, causing major outages and putting key infrastructure elements at risk. Cybercrime is another danger that public authorities, businesses, and individuals need to take very seriously. This is a type of risk that is affecting more than just cell phones and computers, because many objects that were still analog devices a few years ago, such as security cameras, lighting systems, and household appliances, are increasingly being made “smart” by operating on a network. This means that they can be controlled remotely, and therefore manipulated.

One way in which cities tend to differ from smaller towns is seen in their high levels of economic and social inequality, with residents often living under very different conditions. Cities are also experiencing an inflow of new residents who often have limited financial resources, whether this means immigrants from other countries or people relocating from rural areas. The communities of improvised housing known as “shanty towns” represent one of the most visible reflections of inequality, and this is not only a chronic problem for cities in many parts of the world, but one that is increasing as well.

Poor construction, overcrowding, and lack of access to potable water and sanitation systems are factors that can worsen the effects of accidents and disasters. They also increase the risk of outbreaks of disease, and in urban areas the ability of illnesses to spread is already much higher. 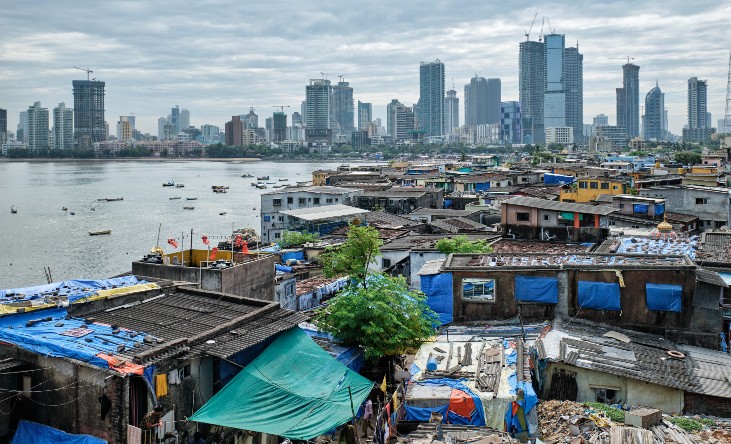 In addition, the substantial inequalities seen in cities can give rise to conflict, social unrest, crime, and other types of violence, which have become commonplace in many cities. According to a recent study by the World Economic Forum, the erosion of social cohesion in urban areas is one of the major risks that modern economies are facing.

With countries in all regions of the world now confronted with these enormous challenges, which are sure to become the focus of the agendas implemented by their governments in the upcoming decades, the insurance industry can provide many solutions, at both the individual and group levels. This is also something that the Geneva Association emphasizes in its report. Again, the greatest difficulties are presented by the need to reach the most disadvantaged countries and segments of the population.

“In developing countries, the best way to address the trends that underlie the risks existing in large cities is to create insurance proposals focused on improving financial inclusion. This can be achieved through the use of microinsurance, mass-market insurance, and mandatory insurance, and in general, also through public policies that stimulate the use of new distribution channels, supported by digitalization and allowing reduction of transaction costs”, Aguilera explains.

Some of the solutions being offered by the insurance industry represent individual responses to these new realities. The process of urbanization of society is taking place along with other societal changes, such as decreasing family and intergenerational support and increasing life expectancy. This in turn creates a need for better services focused on health, personal care, and retirement planning. This is just one example of how the insurance industry can respond to trends existing in society, because there are emerging needs in other areas too, such as insurance for ridesharing services and self-driving vehicles, or for the new types of demand being created by the millennial generation, such as online ordering and the sharing economy. In all of these cases, insurers will need to focus on innovation and flexibility.

The Geneva Association also emphasizes the great potential for public-private collaboration, when this concept is expanded to mean more than just contracts for transferring risks. To help public authorities manage the risks they are facing, insurance companies can collaborate by contributing their valuation and forecasting systems, as well as the contents of their valuable databases. They can also play a more significant role in providing the infrastructure financing that cities need, because it is estimated that at the global level, only a tiny portion of the insurance industry’s $36 trillion in assets are invested in energy, transportation, and broadband Internet projects. Creating closer links in these areas would lead to infrastructure improvements, and this is one of the key aspects that experts and international bodies are recommending.

The percentage of the world’s population living in cities will continue to increase. And given the major challenges that cities are now facing, there will be a need for all industries to work together, so that we can be prepared to confront the risks that are already beginning to appear on the horizon.