We will learn all about the Laddroller project, a Greek startup founded in 2016 that was one of the finalists of the 5th edition of the Fundación MAPFRE Awards for Social Innovation, in the Prevention and Mobility category.

An innovative mobility device for improving the lives of people with physical disabilities and their caretakers.

Though similar to a wheelchair, Laddroller has several key characteristics that set it apart, such as being able to rise in a matter of seconds, bringing the user to a standing position. It can then be lowered using the force of the wheels and gravity, a completely mechanical process that keeps the chair from getting stuck if the battery runs out, as it can also be operated manually. It also has four-wheel drive, with two front wheels of a larger diameter, enabling people with disabilities to move around more easily and independently in spaces with little accessibility and maneuver through tough terrain and over steps, curbs, and inclines that can be found in urban settings.

All this in a device that is also foldable, capable of fitting in the trunk of a mid-size car, as well as affordable, with an innovative and eco-friendly prototype design.

Laddroller was created by the architect Dimitris Petrotos, and like many other projects, it came about from personal experience. After a traffic accident left one of his customers without mobility, she hired him for a project to adapt her home for a person with physical limitations. This project involved lowering all of the light switches, kitchen furniture, and closets, as well as expanding the doorways and making the bathroom accessible, among many other adjustments. Dimitris told us that adapting the home to his customer’s new needs was simple, but making her life easier meant making things difficult for the rest of her family that lived with her: the light switches were too low for them, and the bathroom sink was in an uncomfortable position. This project made him pause to reflect, and he started looking for a solution for everyone.

“What if instead of changing the home environment, we could help people with reduced mobility stand up whenever they wanted? We can’t make things lower for everyone, but we can help these people stand up so that they can look into the eyes of their loved ones.”

This is the story of Laddroller’s beginnings, a project which, three patents, 14 different prototypes, and many cups of coffee and hours of work and research later, made it to the Fundación MAPFRE Awards for Social Innovation.

“The main reason we decided to present our project to the awards was so we could present our device and our dream the public: to offer people with reduced mobility what they really need: independence, dignity, and equality.”

An innovative and affordable device

With traditional wheelchairs, users constantly remain in the same position, which can lead to problems with blood circulation. But innovative wheelchairs like Laddroller make different bodily postures and movement possible, thereby reducing the likelihood of suffering immobilization-induced pain.

There are currently other smart wheelchairs—even exoskeleton prototypes—available on the market, both for people with disabilities and for the elderly. The main thing that sets Laddroller apart is its production cost.

While other models are very expensive and can only be afforded by some, this prototype seeks to be accessible to all, built from long-lasting but low-cost materials and offering a device that, despite running on a battery, can also be operated 100% manually if the battery runs out. Modular, lightweight, and affordable, it can also get over curbs and steps, as well, of course, as providing users with the ability to rise to a standing position immediately.

This project seeks to make a positive impact not only on the physical limitations of its users, but also on their personal lives, by making them feel better and, above all, more integrated. The hope is that those who use Laddroller will be able to enjoy more equal access to opportunities in the working world, on an equal basis to those without disabilities, as well as in education and in their social lives, which will assuredly make them happier.

“Our device can give people with mobility issues the independence they seek to have in their everyday lives: the ability to stand up to the adversities they face in their surroundings,” stated Laddroller CEO Dimitris Petrotos.

What phase is the project in?

We can expect to see the first Laddroller users in Europe in 2023. As for the American market, Laddroller’s objective is to also reach the market by 2023, sending the first 100 wheelchairs to Miami, Florida, where they will begin a clinical trial with a group made up of US military veterans. They hope that the FDA will accept their request to market Laddroller in the United States after completing the trial.

“In terms of our plans for the future, the best outcome we could hope for is no longer having to continue with the Laddroller project because no one would need it. That would be the best possible outcome: not needing to see these devices around anymore because of a new cure to help people with mobility issues. Until then, we’ll keep working on getting Laddroller to as many people as possible, making it affordable and helping put an end to the stigma that still exists today. We want Laddroller to be viewed the same as a bicycle: it helps people move around, and no one looks twice when they see one,” said Dimitris.

More than 200 projects from around the world that were just as innovative as Laddroller were presented at the 5th edition of the Fundación MAPFRE Awards for Social Innovation. These awards aim to recognize the hard work put in by people who want to use innovation to make the world a better, fairer, and more equal place. 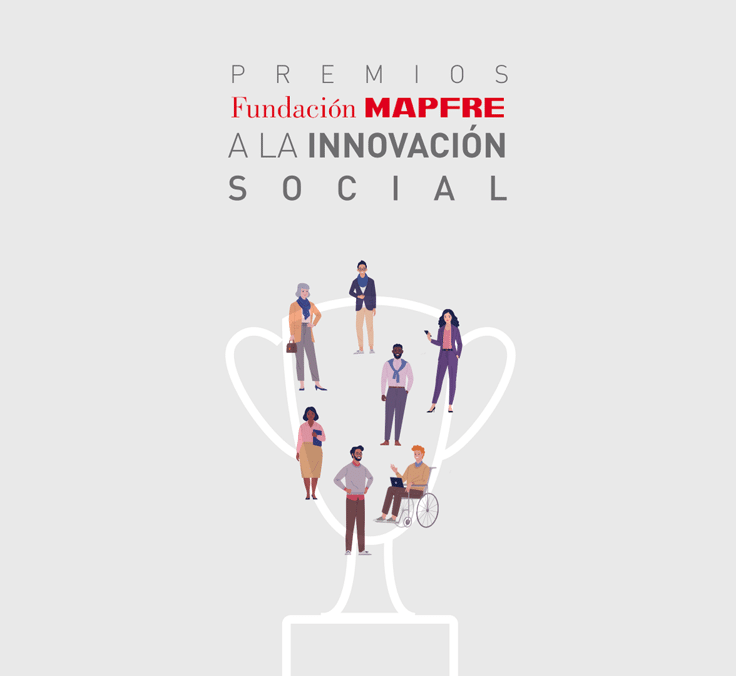 INNOVATION| 04.05.2022Get to know the 9 finalist projects for the Fundación MAPFRE Awards for Social InnovationThe prizegiving ceremony for the Fifth Edition of the Fundación... 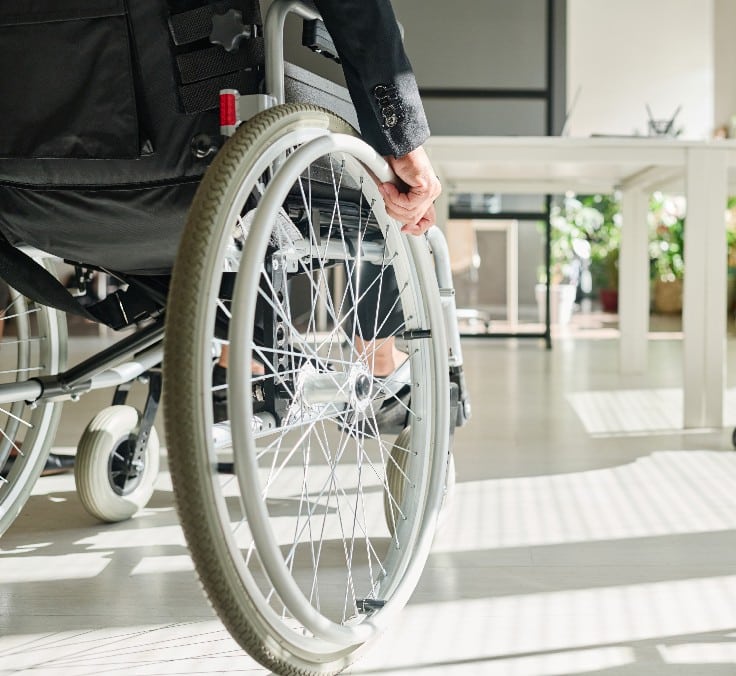 Our commitment to making inclusion for people with disabilities a reality

SUSTAINABILITY| 23.11.2022Our commitment to making inclusion for people with disabilities a realityAt MAPFRE we’ve got insurance for anything that could happen to you, but we...