Can technology make us more intelligent?

There is progressively more research on how technology distances us from the real world and results in us living in “bubbles” where we only see what we want to see.

Over the last 150 years, there have been constant technological advances that have seen mankind evolve at a speed never seen before in our history. We needn’t look any further than the developments of the 20th century to realize that in just 70 years, we progressed from attempting to fly to landing on the moon. This relentless technological race has resulted in the simultaneous evolution of mankind, increasing our life expectancy and our IQ, although the latter has slowed down in the digital native generation.

Faced with these circumstances, several figures warn that the misuse of Information Technologies (Internet, social media, etc.) could be affecting our cognitive development. This is being reflected in people who are progressively less intelligent and open minded.

American writer Nicholas Carr is one of these voices, and has been for the past decade, when he warned us of the dangers of entrusting our lives to Google. He recently published Shallows: What the Internet Is Doing to Our Brains, in which he provides a detailed explanation of the consequences of our mass use of technology at present.

The generation that fails to surpass their parents

The ideas that Nicholas Carr puts forward, reflected in his interview with BBC News are supported by another book entitled The Digital Cretin Factory, written by French neuroscientist Michel Desmurget, who is the head of research at the French National Health Institute.

He explains how the so-called Flynn effect, as part of which a generation of children always has a higher IQ than their parents, has been maintained over time. However, this trend has stopped with the so-called digital natives, which in Desmurget’s opinion is drastic as it seems to suggest that the technological developments of our era are not being put to good use.

“Several studies have shown that when you increase the use of television or videogames, IQ and cognitive development decrease”, asserted Michel Desmurget in an interview, going on to add: “The main pillars of our intelligence are affected: language, concentration, memory, culture (defined as the body of knowledge that helps us to organize and understand the world). Ultimately, these impacts result in a significant drop in academic performance”. 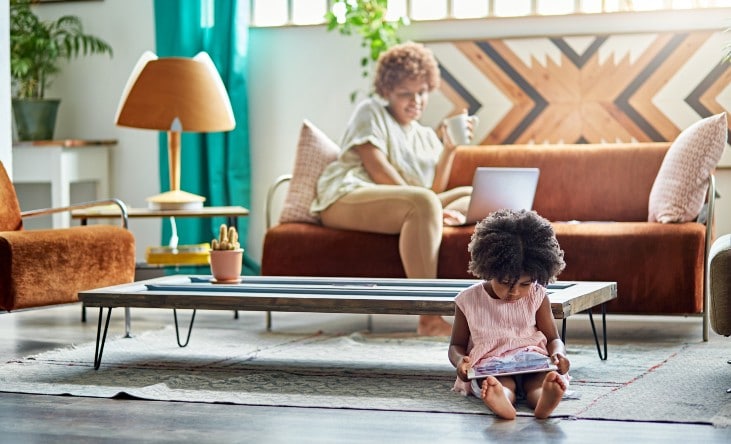 This has to be combined with the excessive use of screens also adversely affecting family interactions, which are essential to people’s emotional development, the quality of their sleep and their ability to concentrate.

The ideas expressed by the French neuroscientist concur with those that Nicholas Carr expresses in his most recent work, in which he has no qualms about asserting that the constant, continued use of technology compromises our attention span and makes us “worse thinkers”.

This is not something that the brain does voluntarily, rather it is due to the enormous amount of data that a person receives when browsing online or using social media. According to the writer, the information we receive is highly fragmented and in different formats (videos, photos, text, etc.), combined with the fact that we receive constant notifications. “We have learned to be constantly stimulated to receive small pieces of information all the time, but we do not feel stimulated to take things slowly, to concentrate, to focus on something, to attention”, he says in an interview with BBC News, in which he went on to assert that “the highest forms of thinking, contemplation, reflection, introspection, even deep breathing, require that we pay attention, that we eliminate distractions and interruptions. However, online technology does exactly the opposite: it constantly interrupts and distracts us. As a result, we are losing our ability to be involved in the highest forms of thinking available to mankind”.

Reliance on social networks and the Internet

It is worth noting that at no time do the authors suggest getting rid of technology and returning to a previous state, as not only is it necessary, but it is capable of improving people’s lives substantially. However, this doesn’t mean that we cannot highlight the problems it poses, in particular when we previously thought that the Internet would make people more intelligent.

In contrast, Nicholas Carr believes that we are becoming “less intelligent, more closed-minded and, to a certain extent, intellectually limited by technology”.

This is because technology makes us more comfortable, in just a few seconds, it answers any questions we could have. In this regard, progressively more users of social networks use them as a source of information, when in reality they are considered quite unreliable. This means that people only read or see what they want to read and see, assuming that whatever they see on screen is the truth.

However, this is merely “their” truth, as the major technology firms that own social networks do not look for readers, but customers. And as such, they offer them whatever they want using complicated algorithms and a growing use of artificial intelligence. “This means we are living in more polarized societies, thinking more emotionally and less rationally, even when very complex matters are at hand”, explains Nicholas Carr.

“We are becoming aware of how notifications attempt to ‘hijack’ our attention. If designers can use this in their favor, they can make us spend more time using their product, drawing our attention to certain factors using elements like screen brightness and other little tricks”. These are the words of Randima Fernando, co-founder, along with Tristan Harris, of the Center for Humane Technology, which seeks to reverse “human degradation” and “realign technology with our humanity”.

Both scientists believe that our limited human mind can no longer control technology and this is being utilized by “market forces” to control trends and increase their sales.

And so, technology users are exposed to multiple stimuli which, in turn, are limited, as they move us away from the real world and result in us living in a bubble in which we see and read whatever we want to see and read. This translates to poorer cognitive development and the potential of changing human behavior.

Some researchers working on the Artificial Intelligence and Experience project (AIEX) at the Applied Ethics Center at the University of Massachusetts shared their opinion last April with El País on how artificial intelligence (AI) has the ability to change our behavior. To this end, it should only be used for the purposes it was designed for, i.e., analyzing people’s behaviors and tastes to offer them suggestions and show them on screen what they probably want to see, read, purchase or resend to a contact.

“The proliferation of AI systems based on prediction algorithms has a major impact on consumer’s freedom of choice (what they think, what they feel, what they do) and, therefore, in their definition of their identity as such (in what they are or are not)”, explains Pedro López Ugarte, a sociologist specializing in consumption and social network sociology.

Nir Eisikovits, an associate professor of philosophy and head of the AIEX, goes one step further, asserting that “some day, people might even find a way of machines making decisions without some of the prejudices that humans tend to suffer from”.