“We need to think about alternatives to manage water more sustainably”

Addressing the problem of water scarcity in a sustainable way is the main objective of the project being undertaken by Spanish researcher Cleis Santos. The Madrid native, born in 1989, is currently working at the University of Bremen (Germany) on a water desalination system capable of storing energy during the process, which she previously spent four years developing at an IMDEA Institute in the Community of Madrid (Spain). We spoke to her to find out a bit more about her work.

How did you start working on this water purification system?

I have always been hungry to learn and explore things, especially when it comes to renewable energy and water. During my final year of studying chemical engineering I had the opportunity to do an internship at an institute that was carrying out electrochemical research combining both water purification and device development — all from a sustainability and energy management standpoint.

The truth is that something just clicked and from day one it felt like the natural thing to do, so I spent four years doing my thesis with them. 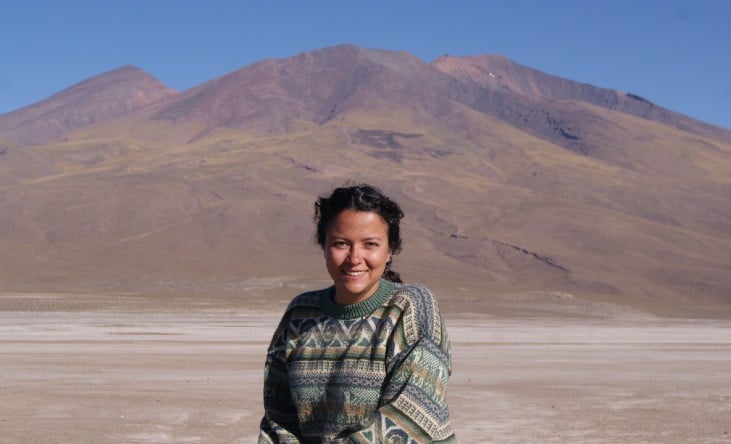 What is this research specifically about?

Basically the salt that is in water is not solid — it is in the form of positively and negatively charged ions. As everyone knows, salt is sodium chloride, so the water contains both chloride and sodium.

So, if we put that water into a system that has both a positive and a negative charge, these charges are responsible for attracting the “opposite” ions in the same way as a magnet — although it is actually an electric field.

A very important point in this process of reducing the salt content of water is that the system is able to accumulate energy, similar to charging a battery or a supercapacitor. And, of course, that energy can be reused.

Ideally, if it were 100 percent efficient, consumption would be zero, and that has been the goal of our research in recent years — to be able to recover that energy and make the process as energy efficient as possible.

What are the main differences compared to the osmosis systems currently in use? How much energy does each method consume?

Firstly, it should be noted that osmosis is what is used worldwide, and that currently our technology is only viable for brackish waters, not sea water.

In terms of energy expenditure, according to the latest data collected on our devices, we are talking about 0.4 watts/hour/gram, while osmosis ranges from 1 to 1.5 watts/hour/gram.

It is also true that our system will need to be scaled up. These first results are from prototypes and there is still a lot of room for improvement in device development. We believe that with the work we are doing in Bremen (moving from a supercapacitor-based technology to a battery-type process technology) we will be able to increase the salinity range and reduce energy consumption to 0.3 watts/hour/gram.

Additionally, the osmosis process produces a stream of chemicals when the membranes are cleaned, as well as depositing a highly concentrated brine into the sea. In other words, it is not very sustainable.

What stage is your research at? When will it start to be implemented?

It is currently at a laboratory stage and we are starting pilot plants. So it could be said that we are at the stage when companies and organizations need to be involved, because with their involvement, we can start thinking about implementing the project in real plants. We need to make that leap.

In which geographic areas can this desalination system be most effective?

According to all government climate change panels, the prediction is that the Mediterranean region is the place where we will need to think about alternatives to manage water more sustainably. We are used to turning on the tap and having quality water, but we need to think about the future. It is expected that the region will experience significant desertification.

Another example is South America, where there is a great need for sustainable water management in sectors such as mining.

What do you think of the measures being taken to tackle climate change?

Every little helps, but we need to commit on a personal level — not just on an institutional level. Each one of us, as members of society, must engage and realize that we have a responsibility. Otherwise, measures attempted by governments will not be enough and more will have to be proposed.

How is water affected by this change and by rising temperatures?

It is all related; it is part of a cycle. If the temperature rises, desertification processes intensify and water is no longer available for any of the ways we use it. It would be a mistake to think that everything is separate, or that temperature and sea level rises will not affect whether we have access to water in our homes.

Science is present in our daily lives, but we must pause to reflect on our individual responsibility. We need to think about what each one of us can do to help. You do not need to be a scientist to take care of the environment and champion sustainability.

We need change. We cannot continue to be in denial about these things until they happen. I believe that Spanish and European society are more than ready to make that change. But we need international collaboration. We are social beings and we must find a way to collaborate. We cannot think that we can face the water challenge alone.