In the 1980s, film director Ridley Scott imagined a 2019 in which we traveled around in flying cars and coexisted with quasi-human robots in endless skyscrapers under a cloud of perpetual pollution. Our present has little to do with the movie Blade Runner. In 2022, sustainable and technological mega-cities are actually part of the conversation. Is the smart city the model of city that we need? Are we ready to imagine another form of urban living? At MAPFRE, and driven by our commitment to sustainability, which is tied to our business strategy for the next three years, we are thinking about new models of smart cities where urban planning, combined with cutting-edge innovation, puts people back at the center.

Learning from antiquity is one way of regaining the authentic value of life in the city. The Greeks placed the heart of their society in the plateia. It was the square that sent the activity of citizens, the lifeblood of the city, coursing through the veins and arteries of the urban landscape. A square is today a summary of history, an architectural, cultural, economic and social viewpoint and, for a long time, the epicenter of cities.

In the 21st century, cities are no longer designed around them. The growth and ramification of cities is an unrestrained vortex that tends to diminish the quality of life of its inhabitants. By 2050, more than half of the world’s 2050 more than half of the world’s population is expected to live in urban areas and true sustainable development will be underpinned by how we are able to manage the expansion of cities.

Trends indicate that this increase in population growth may be unevenly distributed geographically, that new mega-city locations will dominate emerging countries and that urbanization will be particularly rapid in low- and middle-income countries. For example, the African continent, which had 1.3 billion inhabitants in 2019, will exceed 4.2 billion by the year 2100. Consequently, this forecast becomes a challenge in demographic, economic, environmental, migratory and social terms.

Smarts cities made in Spain

Sustainable cities, connected and optimized thanks to the application of technology and big data (smart cities) manage mobility, energy and water resources and many areas related to communication with citizens and the economy, among others. In short, a smart city must be able to contribute to sustainable development and contribute to organizing urban spaces with innovative solutions so as to align these spaces with the needs of its inhabitants.

Madrid and Barcelona are already ranked among the world’s leading smart and sustainable cities, according to the latest IESE Cities in Motion Index (ICIM),which places Madrid in 25th place and Barcelona in 26th.

Since 2011, Barcelona has hosted the Smart City Expo World Congress the leading international event and meeting point for discussion of smart cities, which brings together research centers and companies from all over the world. The report points out that it is the leading Spanish city with the most registered electric vehicles, highlighting its work in research and innovation applied to mobility, transportation and urban planning, among other areas.

In the case of Madrid, the report highlights its good positioning in mobility and transportation and an important advance in the environment, as envisaged in the air quality plan Madrid 360 which includes measures such as aid for the replacement of polluting vehicles with clean fuels, among other actions. The city also has initiatives such as the citizen participation portal Decide Madrid where anyone can create project proposals for the benefit of the city and submit them to a citizen vote if they get enough support.

Speaking of smart cities means thinking about sustainability in all its aspects, since this model has an impact on areas such as mobility or transportation, security, governance or international projection. But it is also directly related to fields such as health, anthropology or sociology; because technology, which is the essential variable in the equation, is the means to solve a problem, the way to change habits in order to improve people’s quality of life.

Rubén Cánovas, Head Director of Smart Cities at NTT DATA has been working for almost ten years on transformation and innovation projects to introduce technology in urban processes and has experienced its evolution almost from the beginning. “Eight or ten years ago, there was only talk of sensorizing cities. There were companies that had spectacular business plans with expectations of selling huge numbers of sensors. But of course, placing sensors in a city had to solve a problem that involved providing value to society, so some projects were somewhat lackluster. Then came a second wave in the market related to connectivity -which led to a third one- that focused on technological mega-platforms to connect all these devices. Today, we are already clear about the approach of technology in urban processes: it must solve real problems, keep in mind that data is not necessarily a device and that technology is a means, not an end.”

For Cánovas, “projects such as ‘Madrid Central’ (currently called Madrid 360) or initiatives such as the so-called “city pulse” are success stories. In the second example, no physical device is used. Eight themes are proposed and information is collected from social networks grouped by neighborhoods; and, in the end, it is a thermometer that shows the citizen’s perception of the city. The objective is not a score sheet with graphs, it is a tool to evaluate public policies, or at a given moment, to make strategic decisions or to know if a campaign has had an impact or not. In the case of “Madrid Central”, without entering into judgements that would not be appropriate, we have a zero invasive application for citizens, who register, justify entry into the zone and the system (in a transparent manner) makes no proposal for a sanction. In Barcelona there is also a similar initiative, although slightly less automated. In the end, it is a significant project because as of 2023, European legislation  will require cities with more than 50,000 inhabitants to set up low-emission zones.

This definition of how technology can be integrated into the urban environment is shown in cities such as Madrid and Barcelona, but also in smaller cities such as Santander and Valencia. They may not have as much investment capacity, but they have confirmed that the smart city model can be democratized through replicable low-cost projects.

The European Commission offers cities the so-called building block, a technological component that promotes the combined use of platforms and different technologies so that any city, large or small, can develop recyclable smart city projects.

“Assuming that in several decades people will mostly inhabit cities, we must think about how to reduce the gap between cities can afford large investments and those that cannot, or between large cities and smaller ones. For this reason, reusable solutions are being proposed that, with the right amount of customization, can be useful to all. For me, the word is replicable. There is no point in inventing the same thing over and over again because the point is to have an optimum impact on society,” says Rubén Cánovas and he explains two initiatives that meet this premise.

Orense: a sensor system to prevent fires. An early warning solution with sensors that detect changes in temperature or relative humidity in the air in natural areas. A system that can save enormous economic resources by preventing fires and that can be extrapolated to any geographical location.

Seville: monitoring the health of the city’s historical heritage. Less than three months are sufficient to prepare the installation of sensors and the technological platform of a solution that allows for monitoring, at any time, the parameters that affect the conservation of historical heritage (frescoes, sculptures, etc.).

If we place a cross on the map in the United States we can zoom in to analyze which are the best examples of smart cities in that vast country. In the Smart Cities Index published annually by The IMD Business School, New York appears in twelfth place in the 2021 ranking.

The world’s most famous metropolis is an example of optimal waste management. More than ten thousand tons of garbage per day have led the city to install hundreds of intelligent sensors in the different districts that collect data to improve the efficiency of garbage management. In addition to this, there are other projects such as the Floodnet program. A solution that applies technology to adapt to climate change through sensors that detect floods and alert of changes in water level (in real time) to speed up the reaction of emergency services. The Big Apple has a Chief Technical Officer, who is responsible for managing and implementing technological advances and centralizing the city’s needs, a role created especially for this task.

Seattle is another U.S. example with social initiatives such as Food Rescue, which connects companies with surplus food with NGOs that receive and manage it for the benefit of people in need.

In the southern part of the American continent we find Aguaduna, in the state of Bahia, Brazil, a city that is working to achieve a model based on circular resource flows to neutralize, as far as possible, the impact of climate change. Aguaduna aspires to be a recyclable model and its strategy is marked by the use of technology and sustainability to improve people’s quality of life and preserve the environment, while at the same time stimulating business activity as part of its mission.

Turning to Europe, Germany is positioning itself as a major provider of complete technology solutions for cities around the world, as well as applying them in its own territory. Hamburg, with its SmartPORT is an example of a project that applies state-of-the-art artificial intelligence to ensure efficient port activity that contributes to sustainable growth, protects the environment and minimizes its environmental impact. The most developed smart sectors in the country include urban mobility among other areas of action and add up to a strategy of Smart Hubs which extends to more than a dozen cities, an initiative that networks German companies with technological and emerging partners to boost the digital ecosystem.

The cities of the future: more human and more technological

Although during the COVID-19 pandemic we have hastily rethought the way we live, work, study, and even the conception we had of health and well-being, could the smart city be the right model of a city to meet the challenge of this paradigm shift?

Let us return to our point of departure. In facing a world full of new mega-cities in 2050, we need to orchestrate strategies in order to be prepared. Researchers warn that providing basic services and heavy infrastructure (airports, roads, etc.) to incipient overpopulated cities is a challenge. There is a risk that population growth will outpace the work required to provide them with what is necessary.

In addition, the environment is the other major challenge for society. Building giant cities is not sustainable in terms of ensuring the quality of life of their inhabitants. A study by the Barcelona Institute for Global Health (ISGlobal) published in The Lancet Planetary Health, which analyzes more than 800 cities in Europe, ranked the Madrid metropolitan area first with the highest rate of mortality associated with nitrogen dioxide pollution. And Barcelona is sixth. Therefore, the smart city model that integrates technology into the flow of urban activity can guarantee sustainable activity.

Thinking about new urban planning models that put the citizen at the center is an opportunity to further the green transition, slow climate change and improve people’s lives. 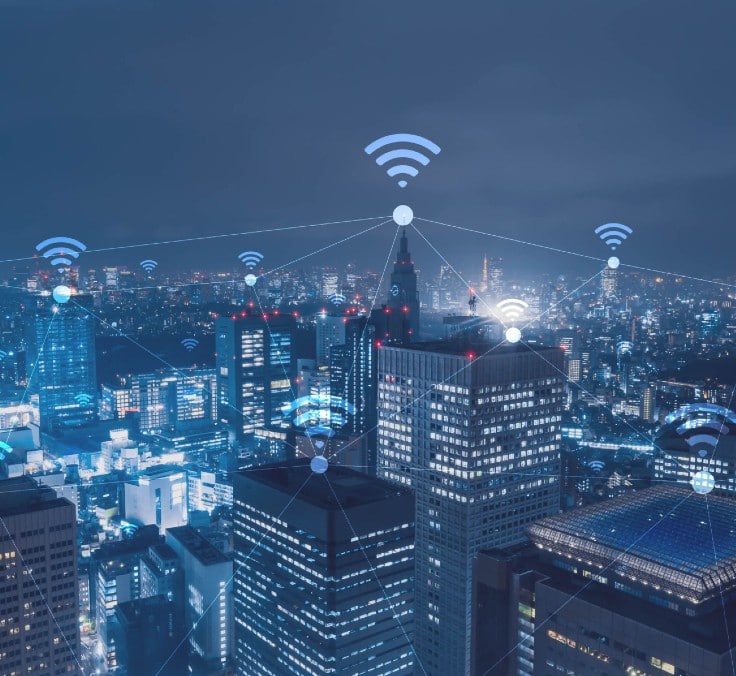 The advantages of smart cities in the new normal 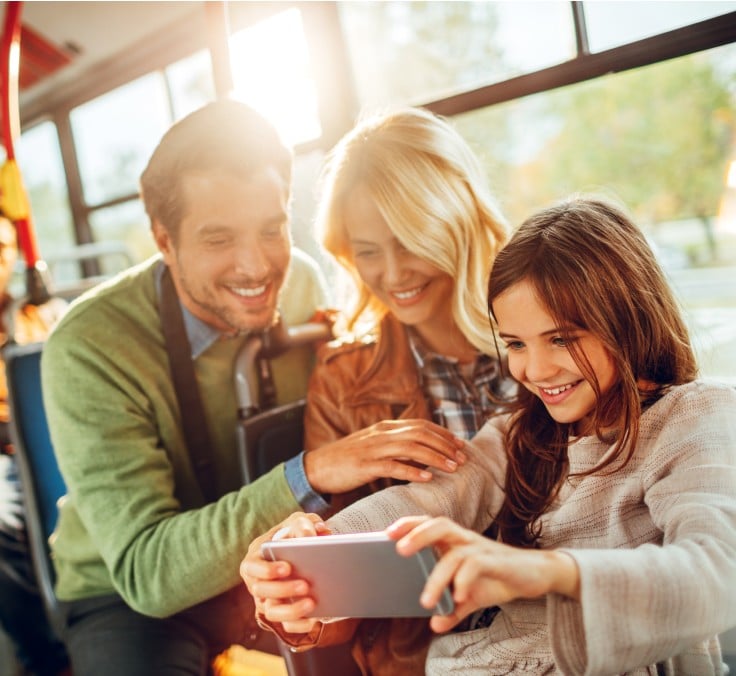 Smart Cities? Yes, but in a different way