How can we shift toward more sustainable, efficient, and intelligent mobility?

Promoting sustainable mobility and reducing pollution caused by transportation, whether it be private or public, is without a doubt one of the major objectives of our time.

But what areas should be prioritized to achieve this aim? According to the World Urbanization Prospects report from the United Nations Population Division, 83% of the U.S. population lives in urban areas, up from 64% in 1950. This makes a clear case for focusing our efforts on large cities. For example, there are 300 urban areas in the United States with populations above 100,000; New York City, with 8.8 million inhabitants, is the largest. By 2050, 89% of the U.S. population and 68% of the world population is projected to live in urban areas.

It could be argued that the issue mainly lies in cities, but cities also play a key role in this shift and are the places that are best equipped to make the changes needed to advance toward more sustainable and secure mobility.

This is naturally a long-term process, which already began some time ago, and it requires commitments from everyone: from public authorities, to begin with, but also from private bodies, companies, and citizens in general. That’s why it’s fundamental that all adopted measures have as much support and approval as possible, as this is the only way to raise awareness and secure commitments from everyone.

Looking at those cities that have progressed the most with this, we can identify three lines of action they have all carried out:

Policies to reduce pollution started to be introduced a long time ago, and they include replacing gas-powered vehicles with hybrid and/or electric vehicles, among others. Phasing out gas-powered vehicles in America will take a long time, but we can already see certain states stepping up to the plate, like California for example, the nation’s country’s most populous state, where the sale of new gasoline-powered vehicles will be outlawed starting in 2035. As the center of automobile culture in the country, this marks a historic step in the state’s battle against climate change. One factor to consider that can impede this transition is the prevailing economic climate – as we enter into a period of general economic slowdown, it’s important to remember that it’s considerably more difficult to entice people to upgrade their automobile to a newer and more expensive model.

But it’s not just individual citizens who need to make an effort – public authorities need to as well, as the vehicles in circulation for public transportation must also be renewed.

This process will require many industries to make adjustments: manufacturers, insurance companies (which will need to design new products for these new requirements alongside current policies for gas-powered vehicles), auto repair shops, components industries, etc.

Restricting vehicle access to urban centers and demarcating low-emission zones are some of the other measures that have been implemented in recent years, which have been taken ever further with so-called zero-emission zones, that is, areas where all internal combustion engine vehicles are banned.

Some cities go even one step further by introducing urban road tolls, with three objectives in mind: improving air quality, reducing noise pollution, and reducing traffic congestion in the city. London and Stockholm offer two well-functioning examples of this, and there are others in Italy, Belgium and Sweden, to name but a few.

Public transportation also causes pollution, and its role in contributing to more sustainable mobility involves modernization efforts and using green vehicles, as mentioned earlier. Almost all European countries have started down this path by introducing different programs aimed at speeding up this process. Roughly 17 percent of U.S. greenhouse gas emissions comes from cars and light-duty trucks (including pickup trucks, SUVs, and minivans). Investing in clean public transit solutions makes it easier for people to drive less, lowering greenhouse gas emissions. To become truly efficient, aside from investing in sustainable vehicles, investments in charging infrastructure must also be made. Currently in the US, there are only about 53,000 electric vehicle (EV) charging stations installed, compared to approximately 150,000 traditional gas stations.

Which way are trends for reducing private vehicle use moving?

Proposals in this regard seem to opt for reducing urban speed limits, setting them at 20 miles an hour, with the objective of maintaining emissions levels at a constant minimum and reducing pedestrian accidents, making roads safer for users in the process.

Creating a layout for major urban centers that would make it possible to move around by foot or get to places by bicycle in under 15 or 20 minutes is an idea that has been under consideration for quite some time. But it would be very difficult to carry out, especially in large cities.

Putting plans in motion to relieve traffic congestion that results from people commuting to work is one option. It could be easy or difficult to do so depending on the type of initiative. Carpooling with co-workers or employee shuttle services are some of the possible solutions under consideration. The United Kingdom has programs in place that allow employees to buy bicycles through their employer company.

Technology, new traffic management platforms, Artificial Intelligence, data usage, etc. All in all, innovations in the fields of sustainability and mobility are a fundamental part of policies that can help drive new means of sustainable mobility. This might be somewhere off in the future, and it may require more research and development, but this is where the trends are heading.

Connecting users with public transportation operators, sharing vehicles, or launching self-driving vehicles are today’s ideas that may become tomorrow’s realities. Los Angeles is home to the nation’s largest pilot program in this respect: a $20-millon program that brings together EV sharing, an e-bike library, an on-demand shuttle, an EV workforce training and jobs program.

The near-term future is about sustainable mobility that pushes for the adoption of zero-emission vehicles, as well as for renewable fuels and the infrastructure needed to make it all happen, among other measures. We’re going to see intelligent mobility that modernizes transportation systems by leveraging new technology, and a more resilient mobility that’ll help us face future crises, with reinforced safety and protection for all. 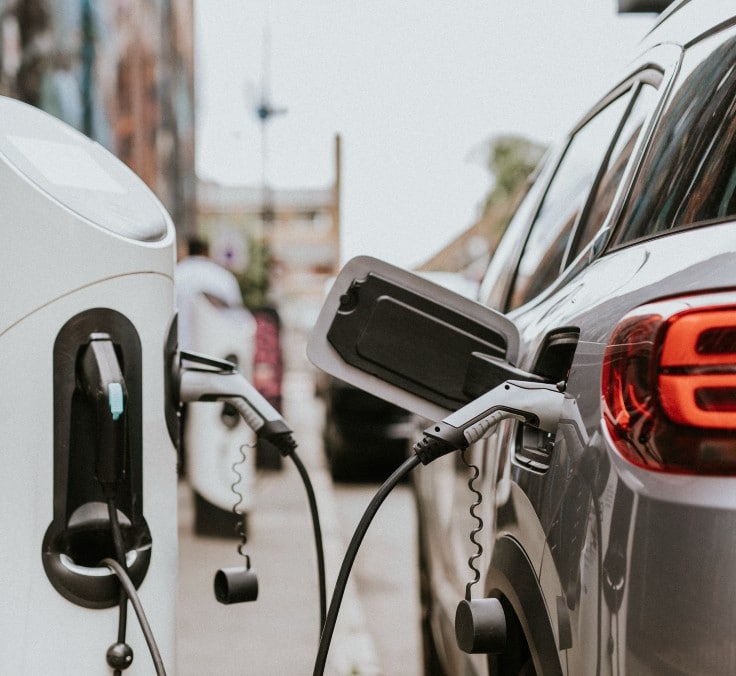 SUSTAINABILITY| 24.05.2022Sustainable mobility, the road to zero emissionsThe climate emergency urges us all to act in the transition toward a fairer and more sustainable... 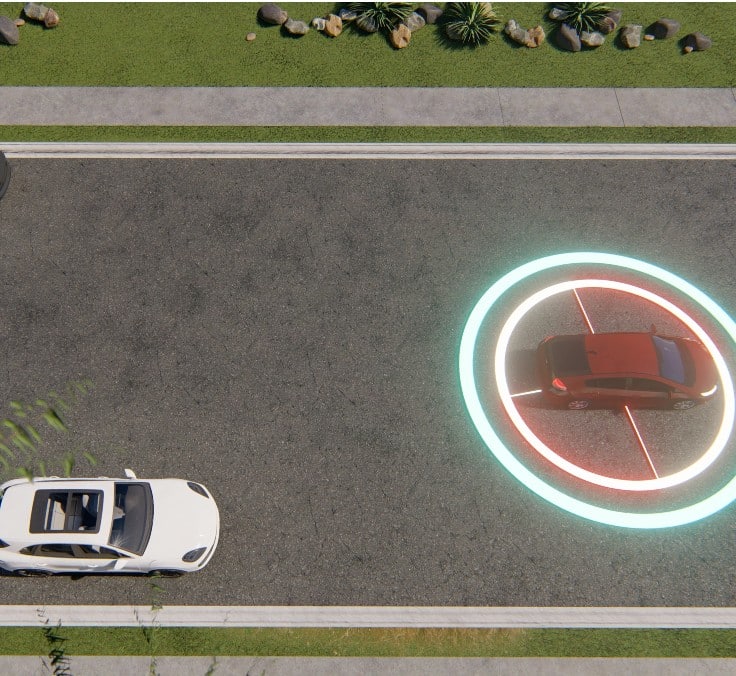 Find out what the new mobility will be like

SUSTAINABILITY| 20.07.2022Find out what the new mobility will be likeThe way we travel and get around has changed a lot in just a few centuries, but we are likely to see more... 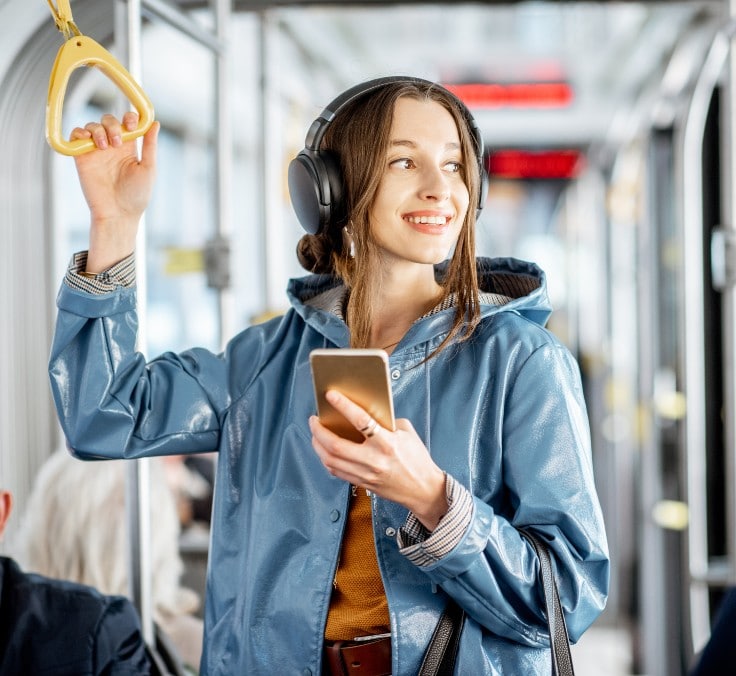 How has our mobility changed?

SUSTAINABILITY| 13.06.2022How has our mobility changed?The way we get from place to place is changing. The outbreak of the pandemic has shaken the foundations of mobility,...