A record year in sustainability 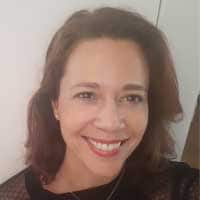 Which companies, sectors and regions are most responsible for society and the planet? Why do some organizations believe in ethics, equality, ecology and prosperity as core business principles rather than merely serving shareholders and maximizing profits?

These two questions are answered annually by the Sustainability Yearbook, a prestigious annual publication that has been published by S&P Global for 17 years and developed by the Dow Jones Sustainability Index (DJSI) analyst team based on the highly rigorous SAM Corporate Sustainability Assessment (CSA), which since 1999 has had one of the largest and most comprehensive global databases on corporate sustainability.

But why is there so much interest in producing an almost 200-page annual report focused on sustainability? Douglas L. Peterson, President and CEO of S&P Global, provided an explanation. He told us that sustainability has become a priority for companies, especially as a result of the pandemic, and is increasingly a concern for investors, business leaders and policymakers. Environmental, social and governance (ESG) issues, he said, not only have an advantage over other issues, but also allow companies such as S&P to provide the market, i.e. investors, businesses and governments, with products and services that help them identify opportunities for growth and mitigate ESG risk.

As it does so every year, SAM assesses the sustainability practices of thousands of companies, as well as industry-specific criteria. In fact, in 2020, it analyzed the largest number of companies in its history, a total of 7,032 from an array of 60 sectors across 40 countries, thus demonstrating the need for transparency and comparability of all market participants in order to better address ESG risks and opportunities, and indicating that sustainability is increasingly influential and a priority on corporate agendas.

The most recent report has selected the top 633 most responsible companies across 5 categories: gold, silver and bronze class, movers and members. Highly notable are the 70 gold classes which were received by some companies, including HP, Pirelli, Roche, Indra and Colgate-Palmolive, to name a few. These have all been recognized for achieving a score in the top 1 percent of the companies in their sector with the best economic, environmental and social performance. These are undoubtedly the companies that are contributing the most to improving the world, but they are also those that are leading the way and inspiring others. Also noteworthy are the ‘industry movers’ (52 in total) such as Bureau Veritas, CVS Health Group, Hyundai and NH Hoteles, awarded to those which have not only been listed in the top 15 percent of the best-performing companies in their respective sectors, but have also achieved an improvement of at least 5 percent compared to the previous year, therefore placing them among the most improved firms in their respective industries.

The report also outlines the sectors most committed to sustainability—construction materials and gas and electricity supply companies—alongside the highest ranking countries and those with the highest number of gold classes, such as the United States and Japan.

MAPFRE, the only Spanish insurer

Among those selected are 24 Spanish companies, out of which MAPFRE is the only insurer, which highlights the international recognition that the multinational has received for the effort it has made in recent years toward its sustainability strategy.  The authors of the study analyzed the economic, environmental and social aspects of the company and took into account the company’s interest in becoming carbon neutral and a benchmark in the circular economy and in socially responsible investments, as well as other aspects related to equality, inclusion and diversity.

The report highlights the weight of the insurance industry, especially for its performance in the economic and governance dimension (54 percent), which covers projects that promote sustainable finance, risk and crisis management, corporate governance and codes of conduct, among others.

Leading insurers are increasingly considering long-term sustainability trends, as well as the development of sustainable insurance and the identification and evaluation of new risks, such as climate change and cybersecurity. They also face two major threats and some opportunities. Digitization, according to S&P Global’s sectoral analysis, has provided consumers with greater transparency and choice, as well as new direct channels through which, for example, innovative and personalized products and services are offered to encourage healthier lifestyles.

Another 100 years to achieve gender equality

This year’s report, which focuses on research into gender equality, plastic packaging, transport electrification and the use of ESG criteria as a tool for effective risk management, also includes an analysis of the advances in risk management in Latin American companies and a series of articles such as Gender equality in the workplace: women on the board, which is authored by two S&P Global experts, Marie Froehlicher and Lotte Knuckles Griek, who said “it will take another 100 years to achieve gender equality based on the current rate of progress […] efforts will have to be doubled if we are to avoid losing another 10 years to achieve gender equality.” They said that “Women represent 39 percent of the global workforce but accounted for 54 percent of job losses as of May 2020.”

The Sustainability Yearbook 2021, which between March and April will also be available in Spanish, can be downloaded (PDF) at this link: