“Forests contribute to the livelihoods of more than a billion people, including many of the world’s neediest. Forests provide food, fuel for cooking, fodder for animals and income to buy food.” With these words, Graziano da Silva, Director-General of the FAO (the United Nations Food and Agriculture Organization) from 2011 to 2019, referred to the importance of these ecosystems in the fight against hunger.

However, he insisted that “forests and agroforestry systems are rarely considered in food security and land use policies. Often, rural people do not have secure access rights to forests and trees, putting their food security in danger.”

These statements perfectly illustrate the aim of so-called edible forests, a trend characterized by the desire to combat world hunger while at the same time respecting (and improving) the environment.

What are edible forests?

According to the WWF’s Living Planet Report 2010, forests contain between 50 and 90 percent of the world’s total terrestrial biodiversity “including the pollinators and wild relatives of many agricultural crops.” This means that forests are of paramount importance throughout the world.

These figures emphasize the importance of developing edible forests, which are simply agro-systems rooted in balance and harmony. In other words, they involve a reforestation model that assigns utmost importance to the conservation of both soil and biodiversity.

How is an edible forest created?

In a nutshell, creating an edible forest is a feat of engineering in which many elements must be considered. That said, in reality it is nature itself that determines how this type of ecosystem must be designed and cared for, dictating the species to be planted along with how they must be distributed and their density levels.

But the key to achieving a good result lies in studying real forests because, firstly, there is no need to tend to them (they are self-sufficient), and secondly, they do not need chemicals like fertilizers or pesticides. After all, the aim is to create an ecosystem capable of growing by itself, while at the same time providing food for people as well as for the animals inhabiting it. 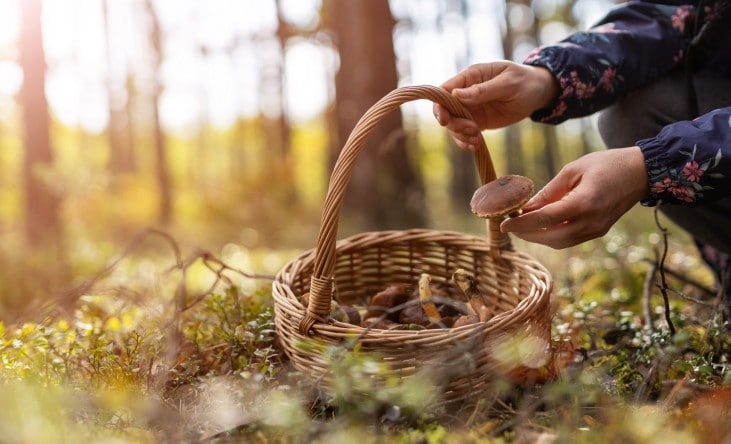 The creation of edible forests is part of a system called permaculture, whose principles are based on an agricultural, economic, political and social design that takes into account patterns and characteristics observed in the natural ecosystem. In the words of one of its proponents, the Australian Bill Mollison, “Permaculture is the philosophy of working with, rather than against nature; of protracted and thoughtful observation rather than protracted and thoughtless labor; and of looking at plants and animals in all their functions, rather than treating any area as a single product system.”

In other words, it is a system that does away with monoculture and the overuse of land which, at the end of the day, lead to not only a gradual impoverishment of the land but also the destruction of the area’s fauna (animals and insects). Ecosystems such as edible forests are, conversely, characterized by perennial and low-maintenance crops. The plants intermingle with each other, which enriches the land and enhances biodiversity.

Factors needed to create a forest

Organizmo, a training center specializing in sustainable habitats, looks at this topic in detail, explaining that “it is important that the soil in an edible forest is permanently covered with perennial herbaceous plants (shrubs). If the soil is covered it remains in good condition, which benefits all the other plants in the system. On vegetable farms and other annual plant breeding systems, a large part of the maintenance costs are spent on weeding. In a (well-designed) edible forest, however, there is little space or opportunity for unwanted grasses to thrive.”

In addition, Organizmo highlights some of the factors that must be taken into account when choosing which vegetation should be present in the forest. These include the climate, average temperature, humidity, exposure to sunlight and amount of rainfall — in short, all the elements that determine which flora and fauna exist in an ecosystem.

As well as providing the ability to harvest a wide range of highly nutritious products (bringing potential commercial value) and enhancing the landscape, edible forests are also beneficial for the environment. One of their advantages is their ability to act as a carbon sink.

This concept, promoted through the Kyoto Protocol refers to “any system or process by which a gas or gases are extracted from the atmosphere and stored. Plant formations act as sinks thanks to their main life function, photosynthesis (…). Plants absorb CO2 during this process, which offsets the carbon dioxide they lose through respiration and which they also give off through other natural processes, such as in the breakdown of organic matter,” explains the website of the Spanish Ministry for the Ecological Transition and the Demographic Challenge.

Forests are therefore one of the main natural carbon sinks available, using nature itself to prevent rising temperatures by eliminating excess carbon dioxide through photosynthesis. The ocean is considered to be other main carbon sink, and with good reason, given that it can absorb fifty percent of the carbon emitted into the atmosphere.

As a result, one of the strategies being adopted to curb climate change and rising air pollution is centered around the development of techniques for carbon capture. This is where edible forests play an important role, due to their ability to act as carbon sinks as well as enriching the land and supporting agriculture. It should be noted, however, that reforestation alone is not enough to quell the climate emergency. It is simply one more step toward easing the energy transition and to help combat greenhouse gas emissions.