The challenge of achieving fair and sustainable agriculture

The adjectives fair and sustainable often go hand in hand when they accompany the word agriculture. This is because they are perfectly paired to describe the model of production that must be enforced on a global scale for two fundamental reasons: on the one hand, to eradicate famine and malnutrition and, on the other, to slow down climate change.

This is the argument of the FAO (Food and Agriculture Organization of the United Nations), which notes the following: “Sustainable agriculture must nurture healthy ecosystems and support the sustainable management of land, water and natural resources, while ensuring world food security.” And it adds that “To be sustainable, agriculture must meet the needs of present and future generations for its products and services, while ensuring profitability, environmental health and social and economic equity.”

But this declaration of intentions and needs faces a number of challenges on the way to becoming a reality, given that the global situation is not the most encouraging. Not without reason, the FAO makes it very clear that agriculture contributes significantly to climate change, but it is also a victim of its effects. “Climate change reduces the resilience of production systems and contributes to natural resource degradation. Temperature increases, modified precipitation regimes and extreme weather events are expected to become significantly more severe in the future.”

How to move toward sustainable agriculture?

However, the FAO also points the way to fair agriculture, providing an outline of the action required from the various international and national actors.

Among the most important recommendations are: the use of more natural fertilizers, non-intensive cultivation practices, the recycling and reuse of waste products, whether organic or not, the use of recyclable materials, the use of renewable energy and biodynamic farming practices.

The importance of agriculture at a global level

Putting these recommendations into practice will be neither quick nor easy, since the global model still differs too much from this ideal promoted by the FAO. Nevertheless, it seems that all kinds of measures must be taken to improve agricultural processes, given that sustainable agriculture is one of the keys to preventing soil erosion and land desertification.

“The key strategic role of agriculture in our society goes far beyond its leading role in food production, since it is becoming one of the basic pillars for sustainably tackling the effects of climate change,” corroborate AEPLA (Asociación Empresarial Para La Protección De Las Plantas — Business Association for the Protection of Plants).

So, in course of the model transformation that has prevailed in the last century, the key has been found to moving in the right direction. “Ever since Clarence Saunders had the magnificent idea of inventing supermarkets back in 1916, the consumer has been trained and grown accustomed to finding all kinds of products in large quantities throughout the year,” explains Daniel Ten, CEO of Integrana. He adds, “This fact had—and continues to have—a tremendous impact on agriculture, transforming the way we produce and understand the field. Therefore, in order to respond to the increase in demand and the breakdown of seasonality, farmers moved from perennial and diversified crops to intensive and annual monocultures.”

This development, combined with globalization, has meant that any product, anywhere in the world, can be obtained in just a couple of days, regardless of the ecological footprint produced. Moreover, agricultural prices decline, leading many producers to harvest crops that, although viable, are not profitable. And as a culmination of this, “intensive monoculture impoverishes agricultural soils and makes them sterile for cultivation, while the continued use of pesticides and chemical fertilizers kills native fauna and pollutes groundwater,” adds Daniel Ten. 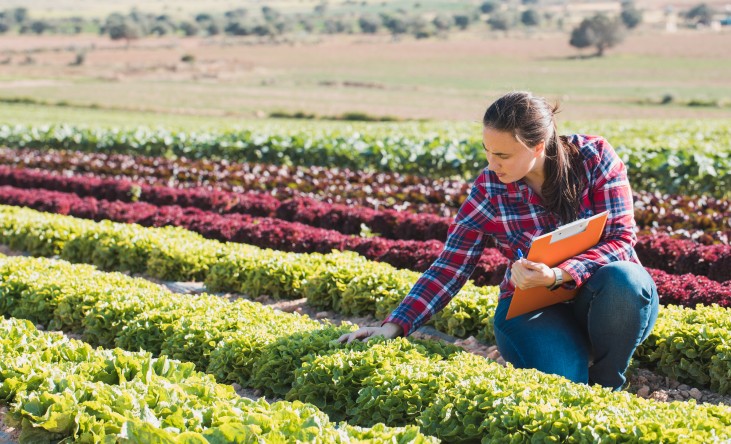 This scenario has caused farmers to take action on the matter. A good example of this has been the recent call by more than 400 civil society organizations from 12 European countries for a radical change to the CAP (Common Agricultural Policy) post-2020.

The aim is to ensure the protection of people working and living in rural areas, while taking care of the climate, biodiversity and natural resources on which food security and agriculture itself depend. So much so that, in the words of Fernando Viñegla, spokesperson for Por Otra PAC (literally, ‘For Another CAP’): “protecting and restoring the ecosystems and natural resources on which agriculture and livestock depend is the only way to ensure our capacity to produce food in the long-term.”

The benefits of sustainable agriculture

The benefits of fair and sustainable agriculture that these organizations expound and demand are just some of the advantages that a change of model could entail, which are set out by the FAO:

Agriculture in general is facing the damage caused by pests, diseases and climatic disasters. According to the Intergovernmental Panel on Climate Change (IPCC), established by the United Nations Environment Programme, as much as 40 percent of global agricultural production is wasted. This figure is too high to be ignored, even more so when it relates to small or local farmers who are counting on a fair and sustainable model.

In order to protect their investments and if the loss of crops does not mean an end to future activity—because it is unviable for them to maintain the business—there are insurance policies that contribute to a more resilient agriculture and bring stability to agricultural production.

Agricultural insurance allows producers to protect their crop or livestock investments by taking out an insurance policy.

“Managing these risks has become a necessity. Within this analysis, insurance policies are an effective measure for mitigating their effects and overcoming these situations. If risk management is fundamental to any activity, it is even more so in the agricultural sector, which operates outdoors. Protected agriculture offers a greater guarantee of food availability and a way of stabilizing rural populations,” explains Juan Sáez, Director of Agricultural Insurance at MAPFRE.