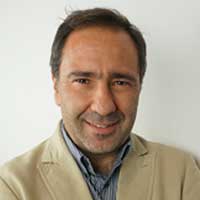 Eduardo Pérez de Lema, CEO of MAPFRE RE, analyzes the situation of MAPFRE’s reinsurance unit, which has been operating for 40 years and just expanded capital to take advantage of the current favorable market conditions and boost its growth: “We’re at a time where, as solvent companies like MAPFRE RE, we have an opportunity to provide better service to customers and grow profitably.”

MAPFRE RE is a global reinsurer with 19 offices scattered around the world that the company maintains business relationships through in over 100 countries. It’s MAPFRE Group’s professional reinsurer that offers reinsurance services and capacity, providing all kinds of treaty and facultative reinsurance solutions across all Life and Non-Life lines of business. The company stands among the top 18 companies in the global ranking of reinsurers.

“MAPFRE Group began reinsurance operations in 1982, so this year marks its 40th anniversary. “I think the balance from these four decades is extraordinarily positive,” explained Eduardo Pérez de Lema, CEO of MAPFRE RE, “and the prospects for the future also are, because we still have a huge margin to continue growing and producing results for the Group.”

The reinsurance business (not including MAPFRE GLOBAL RISKS, a global risk underwriting agency that operates independently but consolidates on MAPFRE RE’s balance sheet) had a net result in 2021 of 118 million euros, the second highest contribution to the Group’s result, following only MAPFRE España. In addition, MAPFRE RE is in charge of the design, structuring, and purchase of the reinsurance protections of the entire Group.

“We have a very important responsibility to provide tools to MAPFRE companies in the various countries which allow them to compete in the same conditions as our competitors on the market, and to have enough protection against any contingency.”

In order to specifically continue bringing value to the Group, MAPFRE RE recently announced a capital expansion of 250 million euros, “basically with the aim of allowing us to take advantage of the current market cycle to continue growing and leveraging the opportunities being created for us by the reinsurance market at the moment,” Pérez de Lema explained.

“The reinsurance market is currently undergoing a very significant change, after a series of difficult years that started in 2017. We are in a time when the demand for reinsurance is clearly surpassing the available offering, and consequently, the prices are varying significantly and the profitability prospects are more favorable.”

MAPFRE RE aspires to boost its growth, but in a controlled and gradual manner, as is MAPFRE’s hallmark. “I don’t believe in creating companies in a rushed or accelerated way. Rather, it’s a maturity process that takes time. Fortunately, we’ve already reached a significant level of maturity, and the objective is to continue growing and developing the company until we consolidate leadership positions in the market. We have the team we need, and we have MAPFRE’s backing. I think the future ahead is very bright.”

Regarding the markets which will see stronger growth, Pérez de Lema does not expect changes in the geographic footprint. “We operate around the world and one of the company’s strengths is having very relevant business and geographic diversification. Our ambition is to advance our business development in all markets, especially continental Europe or Asia-Pacific for example, but we cannot forget the very important efforts that we are also making in Latin America and the United States.”

In summary, the most senior supervisor at MAPFRE RE presented an “extremely positive” balance sheet from the 40 years the unit has been operating for. When asked about some of the architects of the successes achieved in these last four decades, Eduardo Pérez de Lema mentions his predecessors José Manuel Martínez, Andrés Jiménez, “and of course Pedro Macedo, who I worked with very closely and who unfortunately passed away much too soon.”