What professions Instill More Trust than Others?

Healthcare, science, and education are the most trusted professions, while others that require more credibility fail to gain public support.

At Mapfre we have been talking for some time about trust at all levels, from trust in the people around us, who have helped us achieve our goals, to trust in ourselves. Undoubtedly, this is an unstoppable movement as only by trusting can we move forward.

It is therefore very interesting to see which professions are the most and least trusted, as this indicates what is most important to people. Further, this type of study provides the opportunity for improving the consideration some groups hold for them.

Which professions are more likely to instill trust?

Caring for the health of others has always been a good reason for people engaged in medicine to be the ones who gather the greatest amount of trust among the population. They are ultimately responsible for the well-being of every human being.

If we add to this the fact that we have gone through a pandemic in which doctors, nurses, and other healthcare professionals have risked their lives to save many sick people, the resulting level of trust is even higher. Not surprisingly, this is revealed by the Global Trustworthiness Index conducted by Ipsos in 28 countries. The result was that the medical profession scored the best with 64%, seven points higher than in the pre-coronavirus pandemic era.

Curiously, they have moved into first place, ousting another group that has always been highly regarded by the population: scientists. They scored 61%, which places them in a position where they arouse great trust among the population.

However, this is only the general trend. In places like Spain, scientists lead the way with 71% (no one trusts them more throughout Europe), followed by members of the medical sector, who scored a remarkable 68%.

Yet, it is interesting to note that in most countries, the results tend to be similar. This can be seen in the third of the most trusted professions, which is none other than teaching . Like health care professionals or scientists, education professionals are dedicated to improving the lives and opportunities of others, so they get a high “grade” when it comes to trust. After all, those who care for our bodies, work to make the world a better and friendlier place, and educate us are fundamental to the advancement of any society.

After this trio of professions that make up the “podium” of trust, it is the turn of law enforcement. Both the army and the police ranked fourth and fifth, respectively. In this case, it is important to note that the countries where the survey was conducted are mostly democracies, so law enforcement agencies are seen as protectors rather than subjugators. 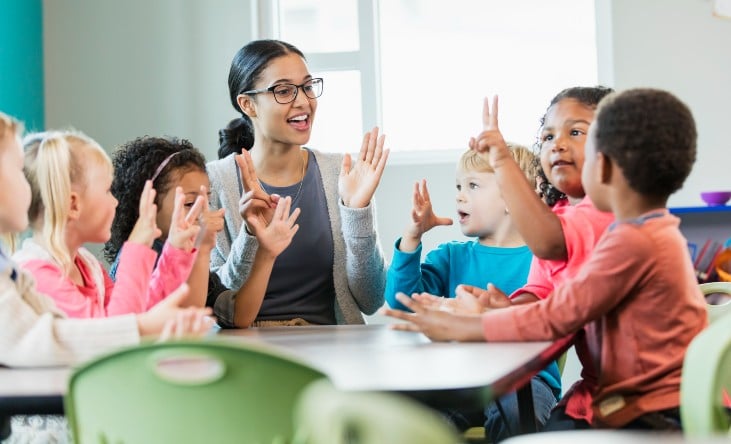 On the other side of the scale, people in the countries surveyed also tend to rank the same professionals. Politicians are at the lowest rung of the ladder. Whether it is due to poor management or the simple fact that they are held responsible for everything that goes wrong in a state, the truth is that people in politics transmit very little trust.

And the next step is occupied by a segment of this political class, such as the ministers that make up the government. This is a good indication that the institutions that govern us have an alarming lack of credibility that does not facilitate the work they have to carry out.

The third least trusted profession is advertising executives, who have the difficult task of “selling” all kinds of products and services. However, in Spain there is a fourth profession that is the most reviled, even above the political establishment: bankers.

In search of trust

Additionally, it is striking to note that the professions that are least likely to instill trust are precisely those that depend on people’s trust to succeed. While politicians have to earn it in order to win votes, advertisers know that only honest and credible ads will win loyal consumers to a product.

As a matter of fact, if we look only at the profession that provides the least amount of trust, politics, we can see that when the situation around us becomes worse, people’s trust in leaders decreases. For example, according to the Latinobarómetro organization, trust in the  governments in Latin America dropped from 45% in 2009 to 22% in 2018, due to problems of inequality and corruption scandals. This situation has worsened further with the arrival of the pandemic in 2020.

Therefore, one of the usual workhorses of politicians is to achieve the credibility necessary for citizens to trust them. It is at this point that the question arises: how can public trust be regained?

Many specialists and analysts have analyzed both the reasons for this reality and how to reverse it. In addition to these basic government considerations that we will not discuss here, they have taken into account the qualities that anyone would look for in a relationship. Thus, political credibility will be greater if these circumstances are met:

After all, we are talking about a profession that is already complicated in itself. According to Winston Churchill, “A politician needs the ability to foretell what is going to happen tomorrow, next week, next month, and next year. And to have the ability afterwards to explain why it didn’t happen.”