Cars are getting much safer… but more expensive too? 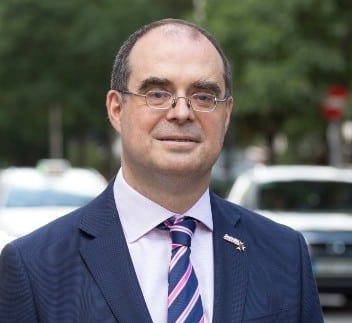 I recently read an article that claimed that electric vehicles, in combination with some of the difficult economic conditions we’re now facing, are pushing more affordable vehicles out of the market.

Almost without realizing it (or perhaps realizing it quite well if you’ve been shopping for a new car), we’re entering a phase in which it seems normal for basic versions of many mid-range electric models to have a starting price of €30,000, while many of the cars seen in advertisements could easily cost €80,000. That’s almost the kind of price you might expect to pay for a modest home. Another recent news story told of how a manufacturer of high‑end vehicles was planning to discontinue its current line of lower-priced vehicles, to focus only on models with higher quality, higher costs, and of course higher profits. If this occurs, that automaker would be abandoning what had been its entry-level “step” a decade earlier with vehicles costing around €30,000 (with that minimum price already showing signs of rising to €40,000 or even €50,000).

This transformation cannot be attributed solely to the legitimate interests of the manufacturers (the automakers) because they have to comply with increasingly strict safety and environmental standards, which are imposed not only by the European Commission, but, ultimately, by society, the environment, and our planet. It’s becoming clear that in our lives as a whole, and not just in terms of our mobility, we have reached a point where the “limits to growth” that the Club of Rome proposed 50 years ago seem to be just around the corner. There can also be no doubt that current public policies that are restricting the use of cars, which are necessary for reducing traffic and emissions, among other reasons, are also playing a central role in this transformation. If it’s becoming impossible for automakers to sell large numbers of affordable vehicles with narrow profit margins (economies of scale), then it won’t be too surprising to see them depart from that approach and focus instead on the smaller quantities of high-priced vehicles they’re still able to sell.

One hypothetical scenario that could arise from this structural change is that the more basic market segments will be covered by vehicles imported from other parts of the world where production costs are lower (although those cost differences are quickly narrowing, for reasons that include the cost of transportation and improved quality of life in those other non‑European countries). This would have additional impacts on what is still a significant automotive production industry in Europe. And all of this is happening in the context of our new shared mobility: replacement of private vehicle ownership with alternatives based on sharing, fewer young people getting driver’s licenses, and more extensive use (fortunately) of sustainable forms of transportation, such as walking and cycling. We are also seeing the emergence of new types of mobility, such as electric scooters and other lightweight electric vehicles, which we’ll soon be allowed to use with our new B1 driver’s license planned for the future, and which has already arrived in France.

Clearly all of the trends discussed above will have tremendous implications for our society, as well as for our safety on the road. For society, those implications arise from the difficulties that many people will have in terms of affording those new higher-priced cars. In fact, we are already seeing news stories every day reporting on increasing sales figures for used vehicles (partly because of problems with the supply of parts and delayed delivery of new vehicles, and partly because of rising prices). The risk is that we will see a polarization develop between, on one hand, low- and middle-income populations driving vehicles that have, let’s say, “experience on the road”, and, on the other hand, those with higher incomes who can afford the latest “zero emissions” vehicles, equipped with all the latest road safety systems. Or there may be certain types of mobility that people need for commuting to work, but that can’t be supported by the necessary public transportation improvements or by new or better infrastructure elements that allow for safe travel by foot or bicycle. Here I am referring to the huge number of workers employed by small companies located at industrial parks outside of the cities, or those working in rural areas, etc.

Finally, all of the changes discussed above could have a very unpredictable impact on road safety, in the absence of proper consideration for factors such as accessibility, inclusion, and social equity. There are drivers who may be forced to “extend” the useful life of their aging automobiles, whose risk of suffering serious injury or death in an accident is twice as high as for those driving relatively new vehicles. Then there are the workers commuting by bicycle to their jobs at industrial parks or in greenhouse agriculture zones, under questionable safety conditions in the absence of separate or adequately marked cycling lanes, and without suitable public transit options either…

But could everything “come together” in the end? Could the policies restricting our use (and sometimes abuse) of private vehicles end up succeeding over the next few years, in combination with improvements to public transit and the creation of new, safe infrastructure for the most active, healthy, and sustainable types of mobility? Could all of this lead to more rational use of private vehicles, limited to occasions when they are actually necessary, and to forms of travel that are 100% sustainable? And could the promise of electric vehicles become a reality sooner than expected, at prices lower than those currently available, with 10 times fewer parts than traditional internal combustion vehicles, and with comparable ranges thanks to second-generation batteries? In the midst of this dilemma, public policies will continue to play a key role. If we want those policies to be successful, it is essential to find a balance between a holistic vision of our mobility needs and the inescapable, equally urgent demands of the environment.