J. M. Inchausti: “We get back more than we give with our workforce inclusion policy for people with disabilities”

The II Forum of the MAPFRE Observatory on Sustainable Finance, organized in collaboration with El Confidencial, has just closed. This event was organized as part of the ongoing activities of the MAPFRE Observatory on Sustainable Finance Observatory, launched last year with the aim of becoming a focal point between MAPFRE and the main academic institutions to promote the development of financial, insurance and pension instruments, which meet socially responsible investment criteria.

José Manuel Inchausti, vice chairman of MAPFRE and CEO of MAPFRE Iberia, and María Paz Robina, general director of Michelin Spain and Portugal, expressed their vision on “the commitment of large companies to society and to their country.” Both executives listed the different initiatives of their respective groups in terms of sustainability and specifically as they related to their commitment to including people with disabilities in their workforces. “We get back more than we give with our workforce inclusion policy for people with disabilities” said Inchausti, who noted that many companies are doing significant work in this area, “to the extent that, quite often, when we go out to recruit people with special abilities, we find ourselves competing with others to attract them, given how sought after they are.”

For her part, the Michelin executive pointed out that “people with different abilities contribute to our company’s greater collective intelligence.” “They help us see the world differently to others. This concept of inclusion stems directly from our values of respect for people, and we integrate it within what we do very naturally by hiring people into specific job positions, helping organizations to secure employment for these people,” she added. 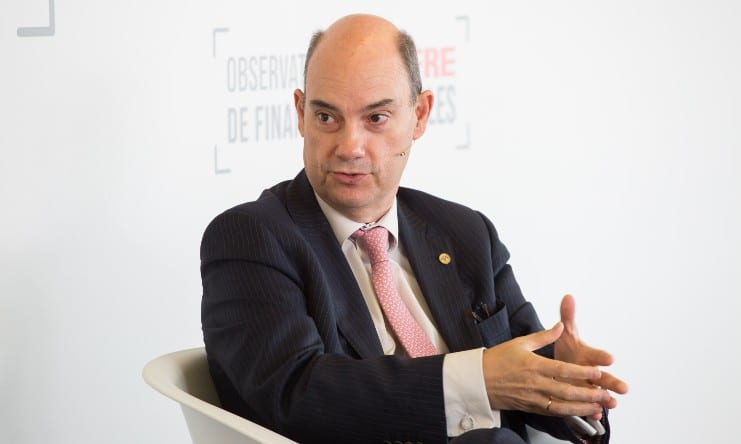 Before the pandemic, there was already a great awareness on the part of society about the necessity to combat climate change. Both executives agreed that this crisis has accelerated these trends. “The pandemic has made us reflect on the reality that there’s no going back and that we absolutely have to make progress on key social issues, because the world can change from one day to the next. We’ve lost the control we had. That change has accelerated,” said Robina. For his part, Inchausti explained how this phenomenon has accelerated the need for digital transformation. “There’s a lot of talk about the E (environment) in ESG, but we need to talk more about the S (social). Without insurance, economic activity as we know it would screech to a halt. At MAPFRE, giving back to society a part of what it’s given us was included in the founding statues of our company. This is something that’s been gaining relevance because social needs are more pressing now than before, and not just in Spain.”

The forum also brought together financial experts to discuss the topic of the social impact of the company, as seen from the investor’s viewpoint. Specifically, José Luis Jiménez, MAPFRE’s group chief investment officer, Juan Luis López, CEO of Renta 4, and José María López, Unicaja’s sustainability director, all agreed on how companies with stronger sustainability policies showed greater resistance and performed better overall during the worst days of the pandemic. “In recent years, the performance of our portfolios most closely linked to ESG criteria has been excellent, and this last year, which is especially difficult, our funds have beaten the market by between 5 and 8 points,” explained José Luis Jiménez, who used the MAPFRE AM Inclusión Responsable fund as an example, which has risen 28 percent so far this year and includes in its portfolio companies that are firmly committed to including people with disabilities in their workforces, such as Michelin, which won the MAPFRE Inclusión Responsible award for most responsible company.

Juan Luis López, the head of Renta 4, stressed that more and more studies vouch for the better performance of sustainable investments. “Positive returns are being obtained, higher even than those produced by non-sustainable fund, especially at more delicate times, such as those we’ve experienced in the pandemic.” In his opinion, “companies with more sustainable policies have done better when there have been strong corrections in the markets, because management applies long-term policies that enable them to perform better.” 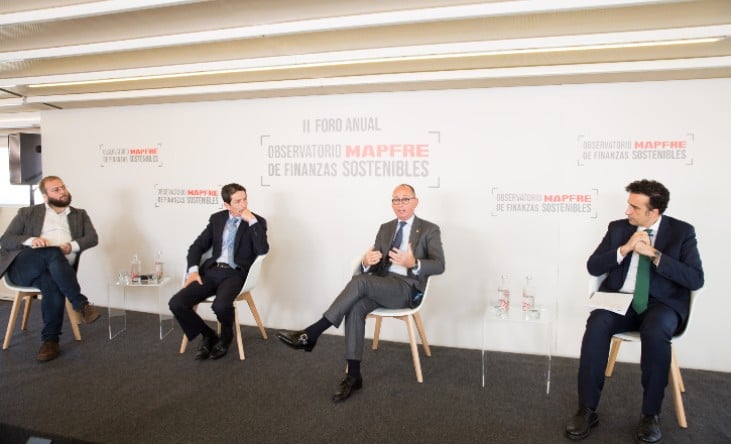 The participants in this roundtable agreed in turn on the growing demand coming from investors. “We’re seeing strong movement in both supply and demand for these products,” said Unicaja’s José María López. “We’re talking about a sustainable transition, but the challenge is to combine the profitability/risk binomial with the ESG preferences of investors. Not only should we know what the client wants, but we’re also seeing how certain sectors are going to be excluded from investment scenario,” he added.

There is growing demand, but as Jiménez pointed out, “there’s still a long way to go, because we have to make sure investors know why ESG factors are so important.” “We take charge of showing the average person on the street how responsible investing can produce a positive social impact and an environmental impact.” And that’s on top of the fact that “the investor is increasingly more demanding with regards to sustainable investing,” as the Renta 4 executive added. Regulation is also helping a lot in this regard: “With MIFID II, we have to ask the investor if they want to channel their savings toward this type of investment and I am sure that more than 90 percent will say yes, which is an important advance,” concluded Jiménez.

Montserrat Martínez Parera, vice president of the Spanish National Securities and Exchange Commission (CNMV), closed the II Annual Forum of the MAPFRE Observatory of Sustainable Finance, making reference to “the need to incorporate the social dimension in investment decisions.” “Social factors are very well captured in the SDGs. But we also have to incorporate social elements in the financial reality, in investment decisions. And this is not an easy task,” she added. 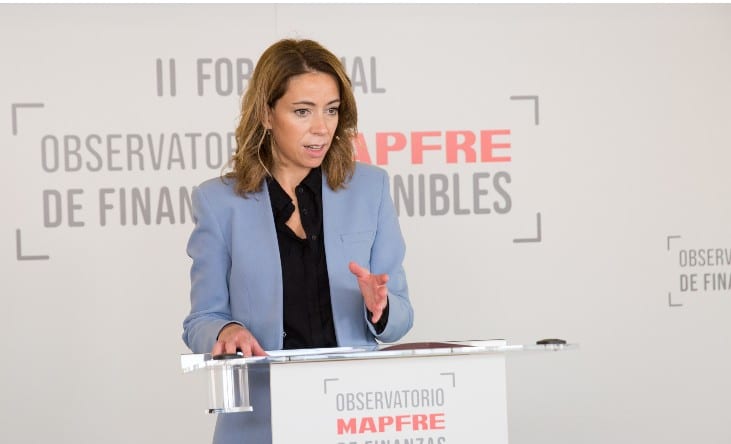 Martínez Parera recalled that the European Commission has begun to develop the social taxonomy, which comes after the environmental taxonomy, and which will serve as a guide for companies. “Identifying the social elements can’t be done exhaustively in an absolute sense, there are particularities. This isn’t to say that it cannot be measured and a lot has already been done in this area. In Spain, for example, companies already inform us about many social elements, such as the salary gap, percentage of work accidents etc. Now we need these metrics and that common framework,” she pointed out, noting that the Sustainable Finance Platform will advise on the development of technical criteria to establish the sustainable finance taxonomy in the European Union. However, the vice president of the CNMV explained that the objectives of both taxonomies are common: “The green one already takes into account some of the social elements. There is no contradiction, we will not be able to advance in environmental measures unless we incorporate the social dimension.”

As for the market’s response to advances in regulation, she explained that we can already see a growing interest in and demand for the development of these products. There is a growing awareness of not only why there shouldn’t have to be a trade-off between profitability and social commitment, but rather why this isn’t instead the focus.

Companies can’t ignore the effect of this on their activities and investors are well aware of this reality. Martínez Parera acknowledged that there is a lack of homogeneous definitions, criteria, and metrics that facilitate comparison, but the transition toward a sustainable economy must be happen in the broadest possible sense.