When the word “waste” no longer makes sense

For more and more companies, continuing to fill landfills with waste no longer makes sense. Bringing the volume of waste produced to zero is not only a significant leap in sustainability but can also bring with it significant economic benefits.

The zero to landfill expression can initially cause confusion that could lead to its meaning being misinterpreted. Three words that, whether they are a mere concept or a certification obtained by a company, come from the expression zero waste to landfill. Sometimes the idea is simplified and becomes zero to landfill. Por algún motivo, en la traducción al castellano se perdió la idea de vertedero. “Perhaps it would be more accurate to say zero landfill,” noted José Sevilla, executive director of EcoCuadrado, the primary Spanish consulting agency specializing in obtaining the certificate, which is given by AENOR in Spain. It is therefore not about aspiring to the absurd notion of not creating waste—which is an inevitable part of economic activity—but rather that it not always be dumped in a mountain of trash that, like a cemetery, closes the door to a second life.

And it is also difficult to make a clear semantic distinction between zero to landfill and the circular economy. Both notions capture the primary objective of utilizing resources to their final stage. The two successfully bring together economic profitability and environmental awareness. Although zero to landfill primarily refers to the individual commitment of each private or public organization. For its part, the circular economy acts as a general framework, a new paradigm that helps working together to make sense.

Martínez Valbuena: “Reducing waste involves preventing waste from being produced and giving the highest value to the waste that is produced.”

A few months ago, the Subaru plant in Indiana, USA—a global leader in zero to landfill—celebrated its tenth anniversary with hardly any waste to landfills. “Hardly” is a keyword there, as with the technology currently available, it is practically unviable for the vast majority of companies to recover 100% of their waste. Some sources talk about 99%, while others provide figures never below 90%. This work costs the plant around €6.4 million per year, but it brings profits of almost €10 million per year. For Sevilla, “It is essential that companies know what they are facing in terms of cost to manage waste: calculating how much the dumpsters cost, the transportation, the fees at landfills, the CO2 emissions. When that comes together, they begin to make economically optimal decisions.” 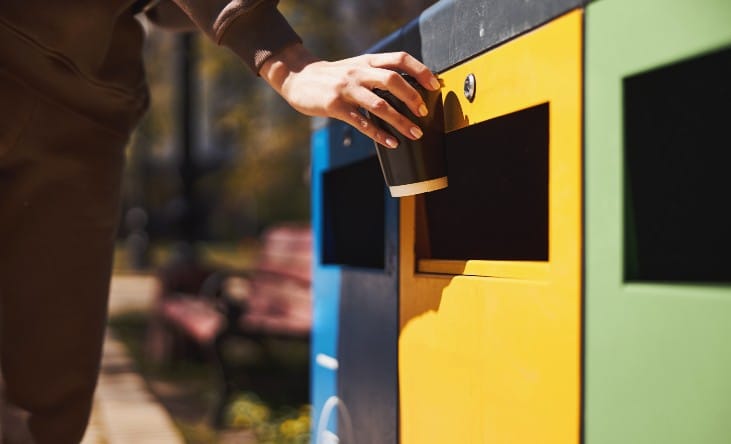 With clear environmental benefits and significant potential opportunities for companies’ own solvency, there are more and more companies committing to sustainability understood from the standpoint of efficiency. A trend that can be seen in spaces like the Zerowaste portal in its rankings on the best practices among American companies: Its latest list includes giants in the global economy such as Google and Unilever.

For several years, the executive director of EcoCuadrado has seen a “radically positive change” in the attitude of Spanish companies. He explained that an “exponential increase in landfill costs” and the consolidation of “perfectly established and transparent secondary material markets” have recently coincided. While previously there was an enormous “asymmetric distribution of information,” Sevilla continued, now anyone can use a simple Google search to see how much “copper is listed for on the London Metal Exchange or fat at the Lonja de Barcelona.”

Without taking away from the rise in environmental awareness among ordinary people—and consequently, among businesses—another factor has contributed to more companies committing to zero-to-landfill models. With environmental decisions being progressively centralized in Brussels, this uniformity of regulations has allowed for a streamlined shift to efficient and sustainable waste management. Regulatory pushes, concern for the planet, the chilling objectivity of the numbers, and more—a cocktail that foreshadows a drastic reduction in dumping in a not-so-distant future. Some companies are stepping on the gas and are not resigned to what is established by legislation. “With the new Waste Act [still in the processing phase] dumping at landfills is heavily penalized and will be even more so in the coming years. We are going to get ahead of its legal compliance,” stated Yolanda Martínez Valbuena, a waste management expert at MAPFRE.

This year, the insurance company wants to obtain zero-to-landfill accreditation for its offices in Majadahonda in Madrid. This objective is part of its strategic sustainability plan designed for this year for Spain and the countries where the company is present. This plan is also in line with the Spanish commitment to the circular economy, with the company recently joining the circular economy compact with the desire to be a leader.

Reducing the waste to landfills produced by the MAPFRE offices to minimal levels entails large-scale logistical changes. “It involves preventing waste from being produced and giving the highest value to the waste that is produced,” Martínez Valbuena stated. The company understands giving value as different paths that do not include the path to the landfill: “It entails reusing, recycling, or utilizing the energy of waste so that the waste can be sold, secondary raw materials can be extracted from it, or it can produce clean energy,” she said.

When it comes to manifesting these abstract objectives in the daily routine of the MAPFRE office, the concrete actions will involve every aspect of their activity. They will need to hire waste carriers and managers “who are in line” with the principles of the new model, Martínez Valbuena continued. The waste facilities will be modified, and trash cans under desks—the classic hodgepodge of waste—will be removed, enhancing internal dumpsters. For his part, Sevilla acknowledged that “separation at origin” is one of the fields with the largest margin for improvement when implementing zero-to-landfill models. 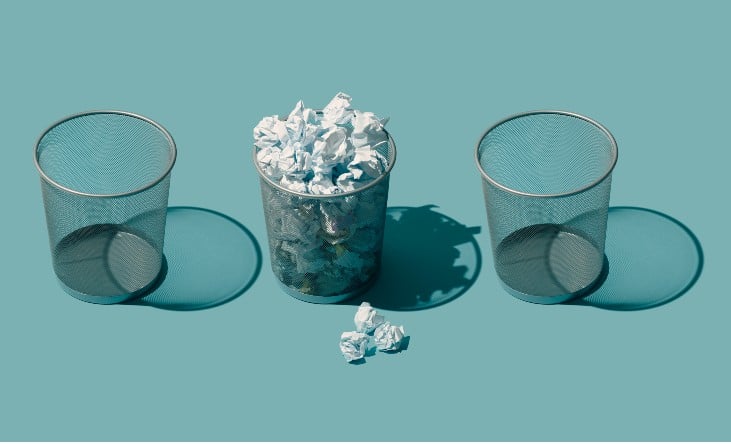 In a later stage, the aim will be to organize dining spaces, with a particular focus on removing single-use products and minimizing food waste. All of this, Martínez Valbuena explained, “will be supported by a very ambitious communication plan with training for employees and new signage.” When the insurance company obtains a certificate, it will follow the path of other companies operating in Spain while producing practically no waste. The pioneer was the supermarket chain Lidl seven years ago. Since then, a Campofrío factory in Burgos and several El Corte Inglés centers have jumped on board, among other branches of activity.

In contrast with popular opinion, Sevilla does not believe that Spain is being left behind in terms of zero-to-landfill progress compared to other countries in our surroundings. In fact, he considers the speed of change in Spain to be an “example in Europe.” And he broke down specific fields where Spain “is a leader with tremendously advanced technology and global patents.” For example, chemical recovery of plastics and melting boards from electronic devices.