While awaiting the return to normal life when travel and the tourism sector get back to pre-pandemic levels, the most recent event organized by the Ageingnomics Research Center analyzed the challenges facing the sector to serve a key generation in terms of leisure consumption and desire to travel. In a world where people are living longer, seniors aged over 55 offer opportunities that must be understood and seized. Doing so involves transforming the tourism landscape and services to meet their needs and ensuring their ability to save, an area in which MAPFRE has been active for more than 80 years.

“The threshold is age 55,” according to silver economy researchers like Juan Fernández Palacios, director of the Ageingnomics Research Center, and Iñaki Ortega, advisor and moderator of the Senior tourism, keys and potential event. This expression contains a true invitation to travel: older people are more frequent tourists, spend an increasing amount of money in a better manner, demand sustainability and digitalization, and are tremendously active. 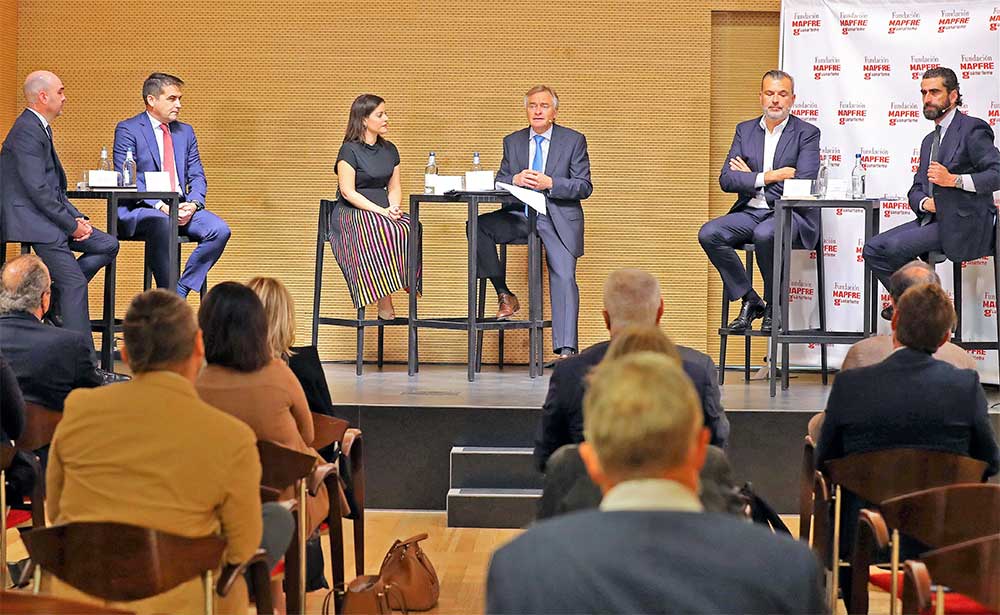 At the age of 55, one can envision a future with health that would have been unimaginable decades ago. This, together with the scenario described by Ignacio Baeza, vice president of Fundación MAPFRE, that in 2040 35% of the population will be over the age of 65 gives us an idea of the opportunities that this age segment represents. At the same time, the tourism sector was growing steadily up until the pandemic struck, employing 1 in 10 people around the world, many of whom were women in regions where conditions are particularly difficult. This crisis “gives us the opportunity to rethink what the tourism sector and its contribution to people and the planet should be like; an opportunity to rebuild it and make it better, more sustainable, inclusive and resilient, and so that the benefits of tourism are distributed widely and fairly,” says Zurab Pololikashvili, Secretary General of the World Tourism Organization (UNWTO).

This rethinking will involve the entire ecosystem, but much of it will surely concern the path that senior tourism has been forging. Even though people aged 55 and older are not often associated with the tourism sector or with new technologies, for example, 36% of the 83.5 million tourists that entered Spain were over the age of 55. They contributed 33 billion euros in direct spending and created 596,000 direct jobs. According to forecasts, more than 70% of seniors in Spain will once again take up their habit of going on a yearly trip.

A multitude of factors contribute to this, including technological progress, the advancement of the welfare state, and vaccines, which have allowed the population to live longer and fully participate in economic progress. In Spain, seniors are responsible for 60% of consumption, as well as for one in every four euros of national wealth. According to the results obtained in the first edition of the Senior Consumer Barometer in Spain, senior consumers stand out as an engine of the Spanish economy, as well as a pillar in times of crisis. On December 10, the Ageingnomics Research Center presents, in collaboration with Google, the conclusions of the second report.

In the United States, a country that detected the added value of seniors some time ago, the expression “silver dollar” has already been coined.

According to Eurostat (statistical office of the European Union), recent years have seen a boom in senior tourism. This can be explained, at least in part, by customs (seniors are gradually more inclined to travel), the baby-boom generation’s available resources (as it moves slowly towards retirement), and the greater proportion of “silvers” leading longer, healthier lives.

Between 2 and 3 trips out of every 10 are taken by seniors. In a few years’ time, they will account for half of all trips. “According to Visa, it’s the segment that travels the most,” and it does so with what can be called juvenescence: older, but also in better health, with more income and savings, and a change in mindset that casts aside the mental barriers related to traveling, consuming leisure and anti-ageing services.

Senior travelers have time, good physical health and curiosity. These tourists are seeking good weather and the sea, but they value culture, fine dining and are open to surprises. “We earn more with this profile than with others,” Yaiza Castilla, Minister for Industry, Commerce and Tourism of the Government of the Canary Islands, explained at the event. She acknowledged that the Canary Islands “aim to be one of the top 10 tourist destinations by adapting our services to attract this age group.” A pioneer in the development of a senior tourism strategy, she hopes to inspire other regions and benefit from public-private collaboration.

Eurostat explains that, unlike the limitations of the working-age population (due to their jobs, school vacation, or summer closures), retirees have flexibility so they can obtain better travel conditions and take longer trips.

For airlines like Iberia Express, as summarized by its CEO at the aforementioned meeting, “seniors are very high-value passengers with tremendous potential that isn’t being harnessed as much as it should be.” According to the Barceló hotel group, 40% of its turnover comes from people over 55 years of age.

A senior is a premium customer that is less sensitive to price and chooses the most comprehensive product, buys in advance, does not go low-cost, and flies two or three times a year but could travel more. This is an undervalued segment, according to experts, as is the case in many areas of the silver economy, Iñaki Ortega remarks, such as entrepreneurship and technology.

One of the trends associated with senior tourism is silver cohousing, collaborative housing where elderly individuals’ dependence can be adequately addressed when required, and that promote the coexistence of like-minded people. In the image of the Nordic countries and more advanced societies, housing developments for different stages of life are growing in popularity. After retirement, some consumers prefer real estate options that allow them to live with friends and have access to specific services.

At the Ageingnomics Research Center event, Ignacio Baeza explained that this segment seeks social and health services when they travel. They want to go outside and take a walk without running into stairs everywhere, which is why we’ll need to work on urban planning aspects. The Next Generation EU Funds include a 6% line item for the care economy, which includes care for dependents, modernization of social services, and technological accessibility. This “should flow strongly towards leisure, health, and active aging,” Ortega believes.

According to the Fitur international tourism trade fair, health tourism is one of the areas that will grow the most in the coming years and is closely related to active aging, a concept that involves making the most of one’s opportunities to enjoy physical, mental, and social well-being throughout life.

This will fuel businesses that are already experiencing double-digit growth related to physical therapy, anti-aging food, and match-making services, to name but a few. It represents an opportunity for regions and countries that know how to rally local entrepreneurs and companies.

However, it will be difficult to sustain an enlarged, aging population pyramid that, according to the UN, will encompass 2 billion seniors worldwide in 2050. This will also require “silverizing” savings and protecting global economic health. To give an example, we need to look no further than Spain: according to data revealed during the Ageingnomics Research Center forum, 60% of the country’s GDP is supported by domestic consumption.

For this reason, experts stressed during the colloquium that public institutions must promote savings as a complement to public pensions, enabling this segment to not only protect its quality of life, but also live longer. Eurostat says that seniors are the biggest spenders, but, naturally, for this to be the case, they need pensions, savings, tools and public-private collaboration.