The pandemic is pushing us into private transportation 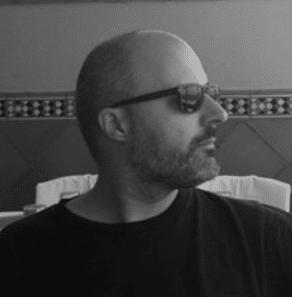 When coronavirus lockdown began as an extreme measure to curb the exponential growth of infections, there was an incredible reduction in the number of travelers using public transportation.

Travel restrictions left cities for the first time empty of motor vehicles, people and any other non-essential means of transport while lockdown lasted.

In fact, in the first seven months of 2020, the number of passengers fell by almost half compared to the same period in 2019, across virtually all modes.

But what about the rest of the world? Broadly speaking, the numbers have been uneven. For example, France experienced the biggest drop in public transportation use, including falls of 92 percent in Lyon and 85 percent in Nice respectively.

The numbers were significant in the United States too, including an 18.65 percent drop in New York City’s subway system on March 11 compared to the previous year.

In general, the nature of public transportation (spaces shared by multiple passengers unknown to one another) is not particularly attractive during a pandemic, even though mask use has generally been mandatory in most countries.

Public transportation is currently continuing to gain passengers gradually, even with restrictions on passenger numbers (capacity).

Despite this, it will be very difficult for us to return to 2019 numbers anytime soon. In the meantime, used cars are the vehicle type gaining the most ground. This has several implications but, initially, it means falling back into the environmental risks that we seemed to be controlling before the pandemic.

In short, many very old used vehicles are being sold as an alternative to group transportation for daily commutes. A report by the Instituto de Estudios de Automoción (automotive studies institute) reveals that more than 43,000 cars over 20 years old were sold in Spain between July and August.

This was a 31 percent growth in sales for the period, which is in essence good news for the used car industry. However, it put cars on the roads that do not meet the new environmental standards, due to their age. They are still allowed on the road except in certain areas.

One reason for this increase in the used car market is financial: the price of these cars starts at 500 euros and averages 1,400 euros. Another is the matter of perceived safety: we see travel in a private vehicle as safer than on public services where we have no control over who we travel with.

The vehicle fleet: polarized between new and very old cars

The vehicle fleet in Europe has an average age of 10.5 years, according to data published on motor1.com in 2018. In Spain, the average age is almost 12 years, while in countries such as Romania and Lithuania, it is over 16 years.

As sales of used cars over 20 years old grow, the vehicle fleet will be more polarized than ever between new and very old cars. This goes completely against all the measures aimed at gradually renewing the fleet and represents a number of steps backward. Moreover, these older cars are primarily used to go to work. This means they are used for short or medium distances, depending on the commute — much shorter drives than on typical holiday and leisure trips.

The problem is pollution, which is much greater from very old cars than new. This is borne out by European anti-pollution standards, which are increasingly restrictive toward all types of internal combustion engine.

It is concerning that passenger transportation has not adapted to the new pandemic situation. Information on the hygiene measures available and social distancing while traveling have not been effectively communicated, nor have timetables changed or vehicle numbers increased to provide services similar to those we were used to in the pre-coronavirus world.

Certainly, it is difficult to compete against 20-year-old cars that can be purchased for a few hundred euros and which, in the end, are highly polluting, despite the subjective safety benefits they offer.