For Portugal, fighting climate change is more than simple benevolence. The country has been particularly hard-hit by the increase in natural disasters. In fact, the maps clearly show that it is one of the countries with the highest losses due to forest fires, second only to the United States. In 2017—the deadliest year in the last decade—major wildfires in the country caused more than 100 deaths along with losses of over 1 billion euros.

The 2017 wildfires go down in history as the most expensive natural disaster in the country, with indemnification from the insurance industry reaching over 295 million dollars (240 million euros). And 2020 was not much different: Between January and October 2020 alone, nearly 9,400 fires were recorded in Portugal, devastating over 65,800 hectares of stands, forests and agricultural land.

Furthermore, the country is the victim of a destructive cocktail. The main ingredient of this dangerous concoction is climate change. Castelo Branco is one of the worst-hit provinces; the average maximum temperature there rose from 31 degrees in the 1960s to 34.08 in the last decade, according to the Pordata database. That, mixed with the dry environment, the strong winds (gusts of up to 75 kilometers per hour [47 mph] were recorded in mid-July 2020 in areas of extreme heat) and the spread of highly flammable species like eucalyptus, is what creates this deadly cocktail.

The insurance business is feeling the full impact of these destructive events. Luis Anula, CEO of MAPFRE in Portugal, explained: “In the insurance industry in general, and at MAPFRE in particular, we are constantly reviewing the coverage of the products we sell in order to play our role in modern economies and society, absorbing some of the impact resulting from these phenomena.”

As a result of these situations MAPFRE has created solutions and products adapted to emerging risks. For example, our Multirisk Insurance protects our clients in Portugal against major natural disasters including fires, storms, flooding, in addition to optional earthquake coverage. And, since these events can endanger the finances of small and medium-sized enterprises, we also introduced coverages for loss of profits and inactivity. 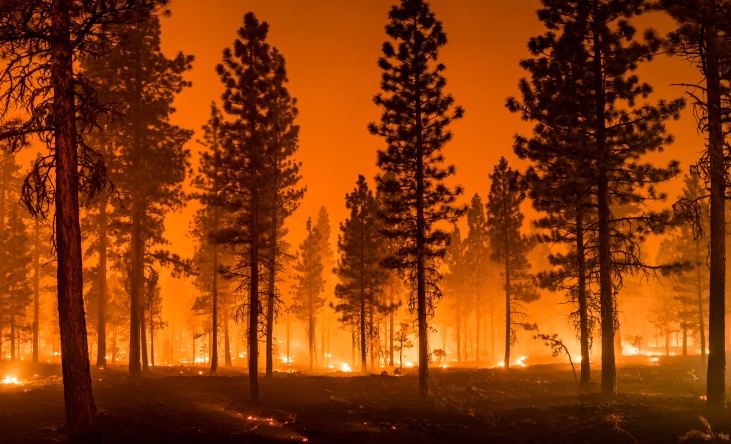 By the same token, the environmental liability product also serves as proof of the work we are doing to adapt to these new risks; we know our clients want to be able to cover their liability for environmental damage related to their activity. We pay close attention to emerging needs and are ready to rethink and transform our business in order to support our clients in this new reality.

The increased number of fires is concerning for individuals and businesses, prompting them to protect their assets. Anula highlighted the fact that, “In recent years there has been a substantial increase in natural disasters (fires, storms, flooding, etc.) as a result of climate change, both in our country and the world over. This has devastating consequences in terms of loss of human life, property, business and the economy.” In this sense, the local insurance industry is being called upon to innovate in its products so as to protect private individuals and companies from these new threats. And at MAPFRE we are committed to rising to this challenge.

A country devoted to protecting the environment

Cutting CO2 emissions, promoting renewable energy, waste minimization, protecting the oceans and encouraging sustainable consumption — just some of the battles countries across the globe have in common. Despite only representing 0.13 percent of the world’s population, Portugal is certainly doing its part.

It is positioning itself as one of the most committed countries in the world to renewable energy. According to data from REN, in 2019, 51 percent of the energy consumed in the country was renewable, mainly wind energy, which accounted for almost 30 percent of the total energy consumed in the country (followed by hydroelectric, biomass and photovoltaic).

According to the Portuguese Renewable Energy Association (APREN), Portugal is in the Top 5 for clean energy production, only behind Denmark, Uruguay, Ireland and Germany. Renewable energy once again dominated electricity consumption in Portugal in 2020, supplying 59 percent of household and business electricity consumption for the year as a whole. João Pedro Matos Fernandes, Portugal’s Minister of Environment and Energy Transition, said “the natural trend of the economy is toward decarbonization,” and that is the path the country wants to continue along. 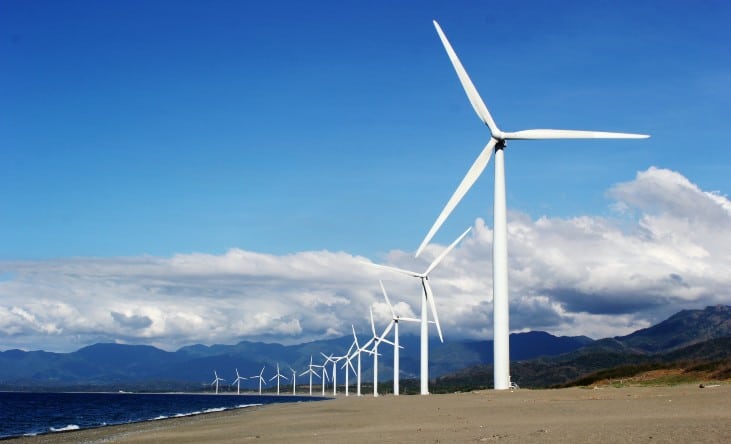