LGBTI+ in the company: a commitment to diversity and equal opportunity

In connection with the celebration of the LGTBIQ+ Pride month, on June 7, we organized a round table at MAPFRE Week 2022, on diversity and LGBTIQ+ in the company. We had the pleasure of hearing the viewpoint of three highly recognized professionals who are part of the business network for Diversity and Inclusion of large multinationals.

In this space for analysis and reflection on diversity in the work environment, presided over by the slogan “Diversity Makes Us Unique,” we had the opportunity to hear about the experience of three representatives of multinationals who have been working in this field for a long time, such as Alba Herrero SAP’s Human Resources Manager for Southern Europe and French-speaking Africa, who also received an award as the best diversity and inclusion professional in Spain in 2021. We also had the pleasure of having Josué Ruiz who is currently Brand Manager of OLAY at Procter and Gamble, and Salvador Lorenzo diversity and Work-Life Balance Manager at Repsol, a true expert in professional training.

We began the presentation with a thought. “All large corporations now have policies and standards that protect diversity. We have come a long way, but are they enough for the cultural change that has to be internalized in companies to normalize the realities of the LGTBIQ+ collective?”

All agreed that great progress has been made in this regard in our country, but there are many aspects in which it is necessary and urgent to have an impact in order to build a more tolerant and free society.

“It is very important to hold this type of presentations because, as we say in diversity, what is not seen and is not visible does not exist. Therefore, if this debate is not held, it is as if the issue did not exist,” said Alba Herrero in response to this first question.

The conference also emphasized aspects such as the fear people have of discrimination based on their sexual or gender status in the workplace, and of not being able to advance in this regard. Alba emphasized how SAP has placed great importance on zero tolerance to any discrimination, and that this has been the basis of all its policies:

“It is essential that every employee understands that respect is paramount: that this is not a political debate, that this is a matter of human rights and that we are all equal and should have the same right and the same opportunities.”

“From the beginning we were very clear about this: zero tolerance to any kind of discrimination.”

He also detailed the policies of accompaniment to the transgender collective that they have in the company and the actions they carry out in the LGTBIQ+ scope and how, for example, they were one of the first companies in 2017 to sign the United Nations treaty that has served them as a roadmap when it comes to being able to work these policies.

Salvador Lorenzo, for his part, detailed the role that companies have in implementing a series of values to bring out the maximum potential of their employees, stating that:

“If you haven’t grasped that wealth lies in diversity, in equal opportunity and in the possibility of talent emerging when a person feels comfortable in the workplace, the rest is unlikely to turn out well.”

“I believe that companies that want talent should let talent flourish to its fullest and that’s by not leaving anything out.”

Josué Ruiz, Brand Manager of OLAY, explained the importance of the Executive Committees, company boards, and managers who lead work groups to address this issue:

“So that incoming employees can 100 percent be themselves from day one, and make the team as productive as possible and unleash their potential.”

In addition, he underlined the importance of real stories rather than numbers, so that employees can express themselves freely in front of their colleagues and feel comfortable in the work environment.

The guests also addressed issues such as making visible the reality of this group, the selection and recruitment processes in which LGTBI questions are asked, the rupture of labor relations with employees, companies, customers or suppliers who are not tolerant. This is not a political issue, as Alba stated at the beginning of the session, but something that should stand above that.

Another of the topics discussed was the importance of communication, publicity and company benchmarks in order  to give visibility to the realities of the group beyond borders, since there are still countries where it is even more difficult to work on inclusion. In this sense, the speakers declared that in the communication campaigns they carried out in these countries they had to be faithful to their principles and values, despite the difficulty that this entails in certain settings, saying that “We obviously have to adapt to the social and legislative reality of each country, but always uphold the company’s values,” and, in the case of Procter & Gamble, giving as an example a campaign in India, which featured a transgender mother. But despite the fact that in certain countries the issue of diversity is controversial, Alba’s wish is that for employees in countries where the legislative framework does not allow for it “the company will be an oasis where they can feel good, feel safe, feel protected. The rights granted are exactly the same in any country in the world, whether or not the legal framework allows”

To conclude the conference, it was emphasized that diverse and plural organizations are a reflection of our own customers and of society itself. Real progress is only possible by building a company culture that is a true ally of diversity, where the employee is of paramount importance to executives and team managers, who must ensure truly inclusive and open environments  where that conversation can take place.

We want to be the driver of change

As stated by Eva Piera, MAPFRE’s Group Chief External Relations and Communication Officer, in our company we have been working for many years on the issues of equality, inclusion and diversity. “We have, in fact, deeply rooted in our culture values such as equal opportunity. A lot of work has been done on gender issues. We have made many efforts to close the gaps. Work has been done in the area of diversity of inclusion, especially, as you know, in the world of disability. And the culture of respect is very important in our company, and talent development for opportunities is based on meritocracy, because this all makes us a better company, and we know it.”

Only in an environment where diversity is respected and every individual matters can people be the best version of themselves. We are committed to sexual diversity through our adherence to the LGBTI Standards of Business Conduct, developed in 2020.

And as we stated in this presentation, we should start having this conversation, as we have done in this event, but not only in the Pride month or day. The defense of diversity in all its pillars must be a daily reality because, as our motto says: Diversity makes us unique. 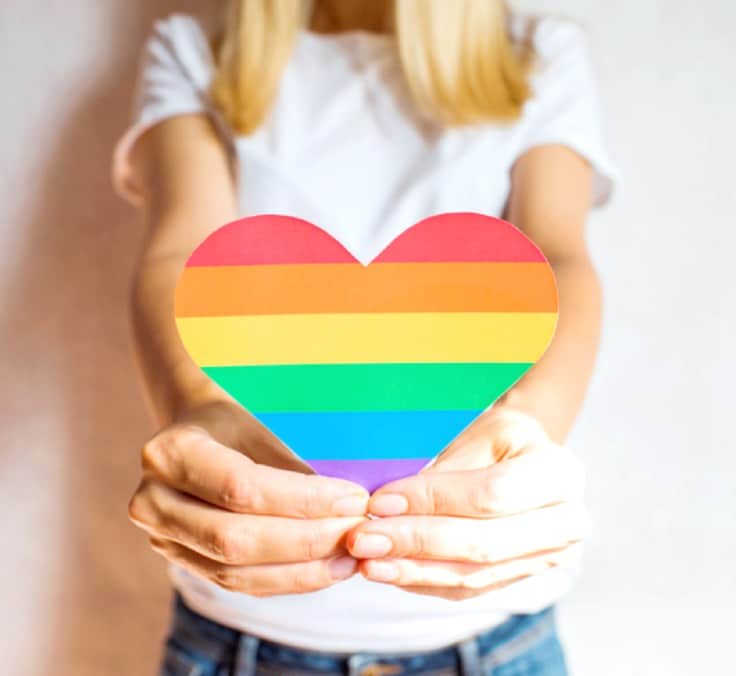 Why companies need to talk about LGBTQ diversity

SUSTAINABILITY | 28.06.2021Why companies need to talk about LGBTQ diversityPride Day is approaching, a date to remember that we have come a long way but there is still a way to go in terms of rights...