Enrique Segovia/WWF: “Our relationship with nature is broken” 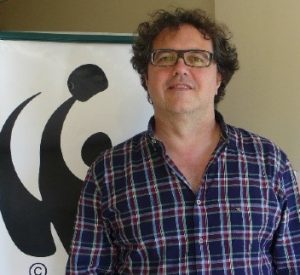 Enrique Segovia, Conservation Director at WWF (World Wildlife Fund) Spain, is one of the most active voices warning us of the dangers—many of which are caused by humans—that threaten the planet. As a biologist specializing in botany and a staunch advocate for the recovery and enjoyment of nature, his mantra is “One Health,” the concept that unites the promotion of a single health (environment, people and animals) to safeguard the ecosystem. He recently joined us for this year’s MAPFRE Week which was dedicated to sustainability. In this interview, he covers the most pressing issues and the lessons learned from the pandemic, cautioning that we only have a decade to reverse the curve of biodiversity loss.

We recently read about an ecologist welcoming the shift in young people’s mindsets with regard to nature, when his son said to him that animals weren’t food. What do animals represent and how can we learn to be more respectful of nature?

I had the same experience with my niece a few years ago! It’s true that, in a country like Spain, which is becoming increasingly urban and distancing itself from nature, our relationship with animals is changing. People who distance themselves from nature lose both their love of and respect for it. That’s something we need to address.

People who come into much more direct contact with nature and animals see them differently. As time goes by, it is becoming clear that generations, as they advance in society, have a different, much more respectful relationship with animals, as it should be.

Nature is part of our lives; we’re completely dependent on it for everything. We’re told about it at school, but we don’t realize just how true it is. We believe that it’s there, that it’s available to us and that we can use it. In fact, we do it in a very perverse way. We have taken the air, water, food and resources, and replace it with unnatural things like trash, pollution and plastic. When we found ourselves locked away indoors, we realized we needed nature so we could hear birds singing, so we could breathe and keep fit. The pandemic helped forge a slightly more cordial bond with nature, which is eager to regain the human connection. At WWF we believe our connection with nature is broken.

Where do we currently stand?

I think we’re going to get better, because we don’t really have a choice. The indicators we’re using for the destruction of nature are alarming. We said this in our Living Planet Report and it’s reflected by the IPBES (United Nations Intergovernmental Platform on Biodiversity and Ecosystem Services) and in various studies.

We’re destroying nature by drying up rivers, clearing wetlands, overexploiting the seas, building along the coasts, and removing trees and forests to set up large-scale industrial agriculture, all just to supply us with protein to fatten animals so that we can eat meat. The system is perverse. It’s pushing the planet to the brink. On top of that, we have CO2 emissions. We have a planet that’s getting hotter and hotter. To escape this situation, we need to reduce CO2 emissions and we need a robust nature that can help us adapt. 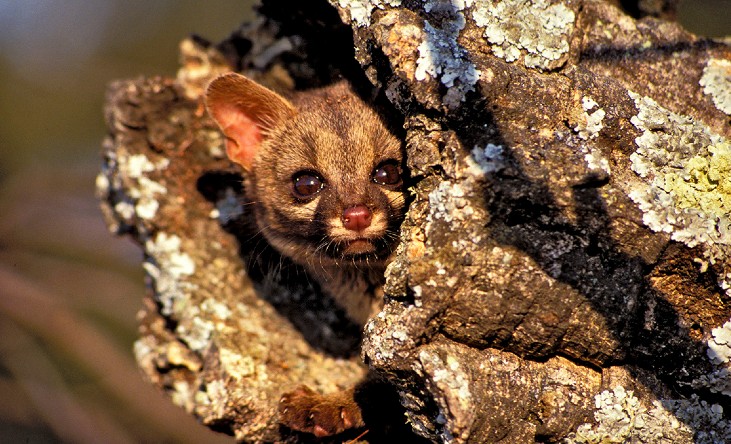 Will we be able to restore it?

Nature has an amazing innate ability to recover; we’re seeing it in many places. It’s able to regenerate. People stop going out into the streets and within a few months they’re taken over by plants coming out of every crevice. What we need to do is slow down the obstructions. If you remove debris from a wetland, you’re left with a more or less natural infrastructure, and as soon as it starts to rain again, it recovers. Many of our forests are transformed by humans for resin or wood. We need to restore the natural state of these forests so that they can adapt to climate change. World Environment Day was recently celebrated, this year the United Nations launched the “Decade on Ecosystem Restoration.” We have ten years to stop the loss of biodiversity and begin to create that natural state. That’s long enough, but we don’t have more time.

“A million species are at risk of extinction, and we are behind it”

Is any part of the planet doing well?

There isn’t an easy answer to that. The world we live in is completely globalized. Wilder areas are experiencing greater pressure from industrial activities: mining, highways, agrobusiness, food products, wood, and so on. Or even illegal activities — poaching in African countries is still rife.

The poorest countries, which clearly survive on their natural resources, need help. On the one hand, because they need it and, on the other, because of industrial pressure that doesn’t exactly extend to the most disadvantaged.

What about the link between biodiversity and pandemics? Was this the case with SARS-CoV-2? What is the biggest threat at the moment?

Seventy percent of the pandemics in the 20th century stemmed from the destruction of nature, and most of them involved a virus jumping from an animal to a human. Nature works in an equilibrium of living beings—which keep one other in check—the environments in which they live, water, etc. Viruses and bacteria that can be harmful to humans are kept under control in healthy environments, in clean forests. They are kept under control by the very workings of the dynamics of nature, of populations, of predators eating each other, and so on. When there’s a massive, rapid destruction of nature, the safety nets break.

In the case of this pandemic, we know that it crossed over to animals—bats, apparently—which were then ingested by humans in markets in Asia. Globalization then did the rest by moving human beings from one place to the next. One of nature’s biggest virtues is that it protects us. We know that there are many viruses in frozen tundra soil. We’re clearly increasing the risk of exposure to new diseases.

Are we talking or thinking about the possibility of another case of a pandemic as harsh as the one we’re experiencing right now?

We don’t know. No one thought we could have a pandemic like this in the 21st century. That what nothing else had achieved would be achieved by a virus. And suddenly it happened to us. It has to spur us to change our relationship with nature: We need to take care of it and restore it. That’s the best prevention we can have. If that happens, we’ll be healthy. One Health refers to a healthy planet, healthy animals and a healthy population.

When you see those images of national parks or abandoned cities, such as Pripyat [Chernobyl exclusion zone], where animals and nature take over reserved space, how does it make you feel?

It evokes many things in me. First of all, that we’re not alone on this planet. We’re here on borrowed time, we’re different living beings, and there’s room for all of us here. Also, that animals are curious. And nature’s remarkable ability to recover and to cure its wounds. What needs to be done to restore fish stocks? Stop fishing. In many cases, nature can recover if human beings stop having a negative impact. That must be applied on a large scale. We can’t move things all day from one place to another and we can’t deforest to keep planting food to fatten animals. We have to change our relationship with food, how we eat, consume less meat, and we have to significantly reduce emissions. This affects how we keep warm, how we move and how we live. The pandemic has taught us this in a slightly forced way.

“The planet is at the brink: The indicators for the destruction of nature are alarming”

What can we do in our everyday lives to protect biodiversity?

We have to change our habits. We have to eat healthier, more regional food, more local, more seasonal, more legumes, more vegetables, and much less meat. We also have to get rid of our fear of nature and enjoy it: Go out into the country, look at it, don’t create waste, clean it up, help it. If insects get into the house, take them outside; don’t squash them with a shoe! We need to pay attention to our relationship with animals and work toward greater collaboration.

As for species extinction, is investing in biodiversity the only way to avoid our demise?

Darwin said it a century and a half ago, and science has been proving it since. There’s a natural cycle of species emergence and extinction. There have been five major extinctions in the earth’s history, the last one of which was the dinosaurs. The same conditions are being met. Right now, we’re in a period of massive species extinction: There are a million at risk. That’s an atrocity. And we are causing it. Human beings will disappear one day. When, we do not know.

I am, and there’s reason to be. Environmental awareness is on the rise. This interview itself reflects that. Once you enter the change curve, it’s progressive, and it also creates employment. The concept of humans at the center of everything, at the apex, is what has brought us to this situation. We have to think about this philosophically.

What occupies your head and responsibilities currently?

We’re making a lot of progress. I’m concerned about the rejection of change. It’s not that we have the absolute truth; we are a mouthpiece. Technology isn’t going to save us from everything. It will help us, but citizens, businesses and governments have to make a change. That’s what concerns me most. We know what needs to be done, we have the knowledge, so let’s do it.

What can we teach our children?

I would tell parents: We don’t have the time to think that they will be the ones to save us. We held that card 30 years ago. We have to act now. For the sake of our children, we must think about what condition we got the planet in and what condition we’re going to leave it in. There’s no noise in the countryside anymore. That’s because of our impact. What’s happened to the bees? The insects? We need them to preserve our crops. In this decade, we have to be able to reverse the biodiversity curve.

Is there a place that makes you feel closer to nature and that’s special to you because of its rich biodiversity?

For me, the Sierra de Guadarrama, specifically the mountains of San Lorenzo de El Escorial, is a magical place. It has been with me all my life; I’m from there. I go there every year and wonder, “Have the cuckoos arrived yet?” Further afield, I’d love to return to the Pyrenees and explore Castile, which is always a source of surprises.

Join the fight for nature and ensure a future for all