Drought: the shortage of water that is spreading throughout the world

Water is becoming ever more scarce in the world. That is an alarming statement but it reflects a reality about which the figures leave no room for doubt: since the year 2000, the number and duration of droughts have increased by 29%, according to the UN. They are a major threat to developing nations, where they can be devastating, although they are also increasingly affecting rich countries. By 2050, they could affect three quarters of the world’s population. Despite this trend, there is room to act: a number of actions can be taken to mitigate or even reverse its impact.

All droughts are caused by a shortage of rainfall, but there are human factors that accelerate and aggravate them. “Drought is not just the absence of rain; it is often fueled by land degradation and climate change,” notes the report published this year by the United Nations on this issue. Activities such as deforestation or overexploitation of water resources contribute greatly to triggering droughts.

In addition, there is much scientific evidence that droughts are one of the extreme natural phenomena that are directly related to climate change. The rising temperatures alters water cycles, causes less rainfall, accelerates the evaporation of reserves and so on. In this sense, they are in line with the increase that is occurring globally in natural disasters, which is due to the higher incidence of disasters that have a meteorological basis – droughts being one of them – but also by other factors such as socio-demographic shifts.

There is no single definition of drought. It depends on the geographical area because it is determined on the basis of the usual levels of water: a country in Africa will not have the same parameters as one in northern Europe.

The worst consequences of droughts are, first of all, social, with the loss of agricultural capacity and water availability, which can lead to malnutrition and starvation for millions of people. And they are environmental, with the degradation of natural ecosystems and desertification.

The areas most affected are developing countries in tropical latitudes, especially in Africa, which has experienced more than 300 droughts in the last 100 years, 44% of the total. In fact, although droughts do not usually make as many headlines as other phenomena, such as earthquakes or hurricanes, they are the most feared phenomenon in many of these poor countries. Drought-induced mortality accounts for about 60% of deaths associated with extreme weather events.

Every year, the most severe droughts directly affect 55 million people, and are the most serious threat to livestock and agricultural crops in virtually every part of the world, according to the World Health Organization. By impacting poor regions with few resources to effectively cope and protect their communities, it causes thousands of deaths: the UN estimates that since 1900, more than 11.7 million people have died worldwide due to droughts.

They are also one of the drivers of migratory movements. By 2030, the United Nations estimates that 700 million people will be at risk of being displaced for this reason.

Economically, droughts also have serious repercussions. It is difficult to quantify precisely and estimates vary, but in any case they concur that the losses caused by droughts amount to hundreds of billions of dollars in recent decades, figures higher than the annual GDP of most countries in the world.

The insurance sector is closely involved in this problem, including the protection of crops ruined by lack of water. For example, this year there has been a historic drought in the Paraná River basin (in Brazil, Paraguay and Argentina), in which MAPFRE intervened with tens of millions of euros to compensate those affected.

The serious risk of desertification

Desertification is, in its environmental aspect, the other destructive side of droughts that experts warn about. It does not refer to the growth of existing deserts, which is a natural process -despite the fact that human activity can accelerate it-, but to the degradation of dryland ecosystems. These highly vulnerable areas cover one third of the Earth’s surface. In times of low rainfall, combined with overexploitation and inadequate land use, the land dries out and deteriorates, making it no longer productive.

According to the United Nations Food and Agriculture Organization (FAO) desertification causes the loss of about 12 million hectares of soil per year, an area larger, for example, than that of a country like Portugal. It is a phenomenon with profound implications. These include an increase in greenhouse gases, a decrease in biodiversity and the disappearance of natural spaces that buffer extreme weather events such as floods, sand and dust storms or droughts themselves, or prevent zoonosis, the likely origin of Covid-19.

Although the bulk of the consequences – social, economic and environmental – of droughts occur in developing regions, no country is unaffected by the problem. Droughts are reaching wider and wider latitudes, and UN studies suggest that by 2050 they could affect more than three-quarters of the world’s population, and that between 4.8 and 5.7 billion people will live in water-scarce regions for at least one month each year, up from 3.6 billion today.

The worrying drop in water reserve levels, accompanied by water supply restrictions, or the waves of fires that can lead to the feared degradation of fertile soils, which is occurring in Spain and other areas of the Mediterranean highlight the fact that concern about the lack of water is not exclusive to tropical countries.

Solutions are within reach

Despite sounding the alarm about the problem, international organizations make it clear that the increase in droughts and desertification are not irreversible processes, and that there many steps that can be taken to effectively curb them. One of the most comprehensive, they say, is land restoration, that is, the recovery of natural spaces for humans and wildlife. This can be done through tree planting, rotational cropping, using water retention techniques (such as the construction of retention ditches and cut drains) or the utilization of organic manures and mineral fertilizers.

Land restoration enables vulnerable communities to cope with drought periods by increasing water infiltration and accumulation, and increasing agricultural production. But restoration alone is not enough, experts warn. They are calling for better land use, with more efficient agricultural practices on the farming side, more sustainable exploitation and consumption with a lower environmental impact. 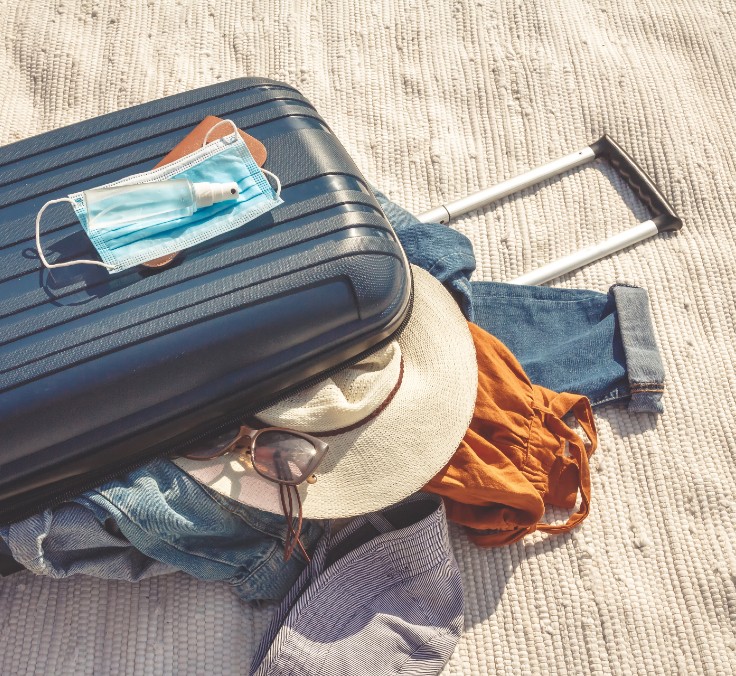 Travel and tourism: the future after COVID-19