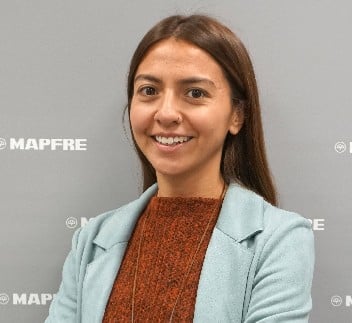 There are still hurdles to overcome in 2022, the most dangerous of which are global debt sustainability and the outbreak of a geopolitical crisis, to name but a few. MAPFRE Economics’ latest Outlook report identifies a total of seven risks to economic growth. These will determine whether global GDP will grow by 2.7% in 2023 or whether there will be a recession with insufficient fiscal headroom to resolve it.

On the economics side, the most concerning aspect is debt. Analysts believe that debt sustainability is deteriorating rapidly, in a context where central banks seek to curb inflation at the cost of tightening monetary policy. Historically low rates and the sustained purchase of financial assets by the European Central Bank (ECB) or the Federal Reserve helped keep debt levels sustainable, but the current increases have “exposed the built-up imbalances accumulated in developed countries and in certain emerging economies which, combined with strength of the dollar, could lead to a significant risk of default.”

The risk map also envisages a persistent inflationary cycle. This year, rising prices have hit consumers’ purchasing power, which in turn has driven wage demands that could reinforce second-round effects. To make matters worse, more and more categories are being affected by core inflation due to, among other things, disruptions in supply chains caused by the war in Ukraine.

Prolonged inflation rates in the medium term, combined with a deterioration of public finances, could lead to what analysts call “events of fiscal dominance,” i.e., central banks missing their targets. In addition, the consequences of the rapid change in interest rates and the reduction of the balance sheet of the main monetary authorities may generate disorderly movements in the financial markets.

But the perils aren’t only economic in nature. Politically, there has been growing concern that a geopolitical crisis could erupt. The war between Russia and Ukraine looks set to drag on, thus increasing the likelihood of new players entering the conflict, while at the same time, the EU is facing potential gas shortages due to blockages of Nord Stream pipelines. In the Middle East, the risk of a new Arab Spring persists as a result of food shortages. In Asia, Korea’s weapons tests and the trade war between China and the United States are increasing tensions in the region.

The Asian giant’s sovereign-financial crisis is also a cause for concern. According to the report, the Zero-Covid policy implemented by President Xi has impaired both consumer confidence and external demand, thus increasing uncertainty ahead of the coming winter and redefining the role of Chinese industry in global supply chains. In addition, the mortgage debtors’ strikes are worsening the outlook for the sector and the risk remains that the country could trigger a debt crisis that might spread throughout the financial system.

Beyond regional problems, there are two other risks facing the entire planet: climate change and the resurgence of COVID-19. With respect to the first risk, the war in Ukraine has accentuated the need to formulate globally integrated policies to combat climate risk and disruptions in the energy framework. With respect to the second, there are doubts about the quantity of existing supplies in the event of a renewed outbreak or the appearance of a new variant.

Top 7 risks for the global economy