From launching a satellite to testing a submarine. This is the major risks business.

Alfredo Arán recalls the evolution of MAPFRE GLOBAL RISKS, which today insures the top Ibex companies. Many of them have been the Group’s clients for more than 30 years.

Alfredo Arán is retiring after a long career with different insurance companies and the last 21 years spent at MAPFRE, where he held various roles and responsibilities. He’ll remain a board director of MAPFRE GLOBAL RISKS and on its advisory board and continue to bring his experience to a range of industry associations. He was involved in the creation of the MAPFRE GLOBAL RISKS unit and has seen, experienced and is proud of how MAPFRE has gone from being a company with a very minor role in the major risks business to insuring large Ibex companies and supporting them in their international expansion around the world.

Alfredo Arán has insurance coursing through his veins, although he came to it by chance. He started working at the Spanish insurance company La Unión y el Fénix when he was 18 years old, because his father “who gave a lot of orders at home, like most fathers back then” decided that if he wanted to work, he had to do it somewhere “serious” and, to him, that company seemed like “the perfect place.”

The insurance business had such an impact on his life that it’s even the reason he met his wife, Susannah, at a dinner in 1996. He was celebrating with some colleagues and the broker of the operation after winning the bid to insure Air Comet airline.

Alfredo has always been a great athlete. He’s a marathon runner (he’s run 47 no less) and has run the New York marathon 10 times. Now that he’s retiring, he has three challenges ahead of him. The first is to sail across the Atlantic with his older brother. The second is to perfect his English, because, even though he’s been married to an English woman for almost 25 years and both English and Spanish are spoken with his children at home, it is still a challenge. “Impossible is nothing,” he says ironically. And the third challenge is to go back to college to nurture his spirit by studying the Humanities.

How did MAPFRE GLOBAL RISKS start?

At the beginning of the 21st century, MAPFRE was the leader in insurance for small- and medium-sized companies, but it had practically no position in major risks, so it was considered strategic to become the leader in this market segment as well. In 2004, MAPFRE acquired MUSINI, the public capital company that insured a large proportion of the largest companies in Spain. This acquisition not only brought with it the client portfolio of Spain’s leading insurance company in the major risk business, but also a very professional and specialized team: the best team dedicated to insuring major risks in the Spanish market. MAPFRE GLOBAL RISKS was established on these foundations in 2008, bringing together a portfolio of important clients, a first-rate team and MAPFRE’s international network, allowing it to serve Spanish multinationals around the world.

What do you remember from the days when this unit was just starting to take shape?

Those were truly exciting times when the privatization of large Spanish companies, international expansion (mainly in Latin America) and MAPFRE’s ability to provide a specialized service came together. With this experience, we decided to go one step further and also offer these insurance solutions and services to large business corporations in every country where MAPFRE had a direct insurance business.

How has it evolved? What companies does it insure?

We’ve been growing along with the large Spanish companies, which has been really satisfying to see. Many of these companies have been MAPFRE clients for more than 30 years, such as large energy companies (Repsol, Cepsa, Endesa, Naturgy and Iberdrola), large construction companies (Dragados, Ferrovial, Acciona, OHL and Sacyr, for example), industrial companies (Arcelor Mittal, Acerinox, Mondragón), big hotel chains (Riu, Iberostar, Meliá) and companies as influential as Telefónica, Iberia, Prosegur and Navantia, to name just a few. There are many more.

Over the years, we’ve also managed to insure large corporations in Latin America, such as Ecopetrol and Carvajal in Colombia, Pemex and Aero México in Mexico, CMPC and Colbum in Chile, Gloria and Romero in Peru, and Usiminas and Brasken in Brazil.

And it would be wrong not to mention large European groups, such as Engie from France, or Enel from Italy.

What does this unit bring to the MAPFRE Group?

Logically, in addition to business (1.26 billion euros in premiums in 2020), MAPFRE GLOBAL RISKS allows major risk clients to get to know MAPFRE companies in their local markets, as they are responsible for issuing policies for these large clients, and to access any MAPFRE service to meet any of their needs (health policies, savings plans, etc.).

It’s a business that has to be analyzed in the long-term and if we look at long historical series, it has had a positive impact on the MAPFRE Group and will continue to do so.

What has been the hardest thing to insure over all these years?

We have to be constantly innovating and creating new products that meet to our clients’ needs. We embark with them on the adventure of launching a satellite into space, for example, with coverage that lasts only a few minutes and where the entire value of the satellite (many millions of euros) is insured, or testing one of the Spanish Navy’s submarines, which is covered from its construction in the shipyards to its tests in the open sea.

How important is to have a specialized manager for each company in this business?

Knowing clients very well is essential in this business and that means knowing them beyond when the policy is contracted or when they have a claim. You have to support clients in their strategies and developments, understand their needs and always try to offer the best insurance solutions and services. To do this, having a highly specialized workforce that can cater to a wide range of companies with very different needs, such as an airline, a mining company, a large industrial complex, a highway that crosses the Andes or a hotel chain in the Caribbean, to cite some of the most extreme examples.

What role do brokers play in managing major risks?

Brokers have always played a fundamental role in the value chain for business clients and for major risks in particular due to the specialization, complexity and internalization involved. When the insurance and reinsurance markets are going through a tough cycle as they are now, they play an even more important role, as they have many services and advisory capabilities to offer clients. 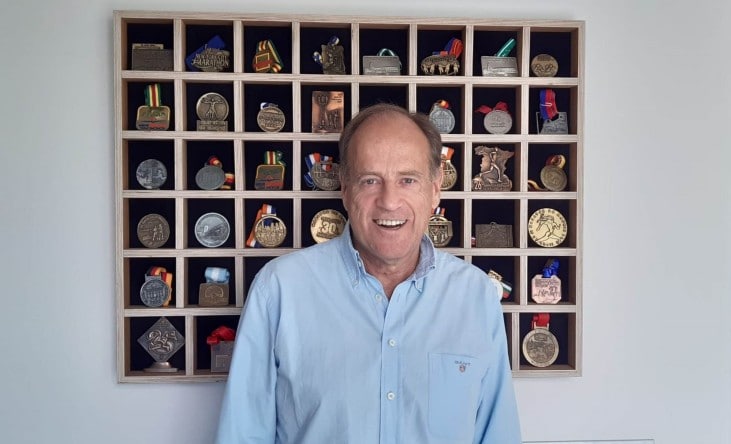 An incident can lead to a company’s disappearance if it’s not well insured. Is it that important to have good insurance or, better yet, to have the right insurance?

Without a doubt. Companies are exposed to multiple risks and if they don’t have the right insurance, it can lead to their disappearance. Risk managers need to aim to obtain appropriate coverage, not only for traditional risks (damage, liability, floods, theft, etc.) but also for emerging risks (those related to technology, cyberattacks, pandemics, environmental or reputational risks), as we’re seeing now with the pandemic.

Any of these risks can lead to a company’s disappearance, although some, because they are considered systemic, are practically impossible to cover in the market as it’s currently structured. This will only be possible if the administrations in charge around the world take the need for public-private collaboration seriously, in order to provide this kind of high-demand coverage to clients.

What’s the most difficult part of managing an insurance program for a multinational that operates in different countries with different businesses and different laws?

From a technical point of view, definitely catastrophic risk management. Managing a fire in an industrial plant and managing a hurricane or an earthquake with wide-ranging effects are not the same thing.

At the legal level, we certainly adapt to the different sector regulations present in each country. Right now, for example, MAPFRE GLOBAL RISKS helps to issue policies for its clients in more than 100 different countries, with all the complexity that this entails, so considerable effort is needed to understand the insurance reality in each of these markets.

How do you handle a claim with the characteristics of a Global Risks claim?

Our clients have two types of claims: regular claims (similar to any claim) and severe claims (these are the hardest, because they can be very extreme). An example of the latter would be the earthquake in Chile in 2010. In that case, MAPFRE compensated its clients with more than 600 million euros. Other examples include the major hurricanes in the Caribbean (Emily, Wilma and María) that, unfortunately, periodically affect our clients in that area or large fires that affect industrial plants, as was the case with Campofrío and El Pozo.

I also remember the loss of fuel from the Amazonas satellite in 2004, which cost 60 million euros, or something that could affect us all, such as an electrical blackout in 2007, which left almost 300,000 people without power for four days.

All claims, but especially severe claims, require very professional and appropriate management based on the circumstances of the incident. To accomplish this, we collaborate with the world’s leading appraisal firms, who help us process them properly.

Why is risk management so important in a multinational?

MAPFRE has always been committed to risk management, since it’s absolutely essential to be able to properly manage our clients’ risks. In 2019, we took an important step toward recognizing and highlighting clients who really stand out in this area, creating the international award for excellence in risk management. It’s been awarded twice so far. First, in 2019 to the Spanish hotel group RIU and recently, in 2021, to Sigdo Koppers, the Chilean multinational that mines and processes copper.

Recently, the MAPFRE GLOBAL RISKS international seminar took place remotely. What have all these seminars contributed since they began several decades ago?

We just celebrated the 27th MAPFRE GLOBAL RISKS seminar, which was held virtually due to the COVID-19 pandemic. Over the years, we confirmed that these seminars have become a true benchmark for the global risks industry, differentiating MAPFRE as a company that has managed to create a unique event where our clients, brokers, appraisers and attorneys meet every two years to share their experiences and stay up-to-date on the latest market trends.

Now that you have the most precious resource of all, time, it’s time to take on the three challenges that lie ahead. Good luck!