Sport during and after coronavirus

In situations like now, whereby people in some countries are almost completely confined to their homes in the collective fight against the SARS-CoV-2 coronavirus pandemic, many activities have been completely put on hold. There is no doubt that health—both individual and collective—is the number one priority, closely followed by the normal course of all essential sectors so that society can move forwards, even if slower than normal. Once these aspects are back on track, there’s one thing we can’t do that we’re all still going to miss. We haven’t been able to practice sport, and there also haven’t been any professional competitions for fans to follow as a distraction.

eSports and the boost they didn’t need

Figures published in the media show that the eSports industry reached record viewing highs during quarantine. The final of League of Legends’ SuperLiga Orange league (a multi-player online video game tournament) was watched by 283,000 people on Twitch. 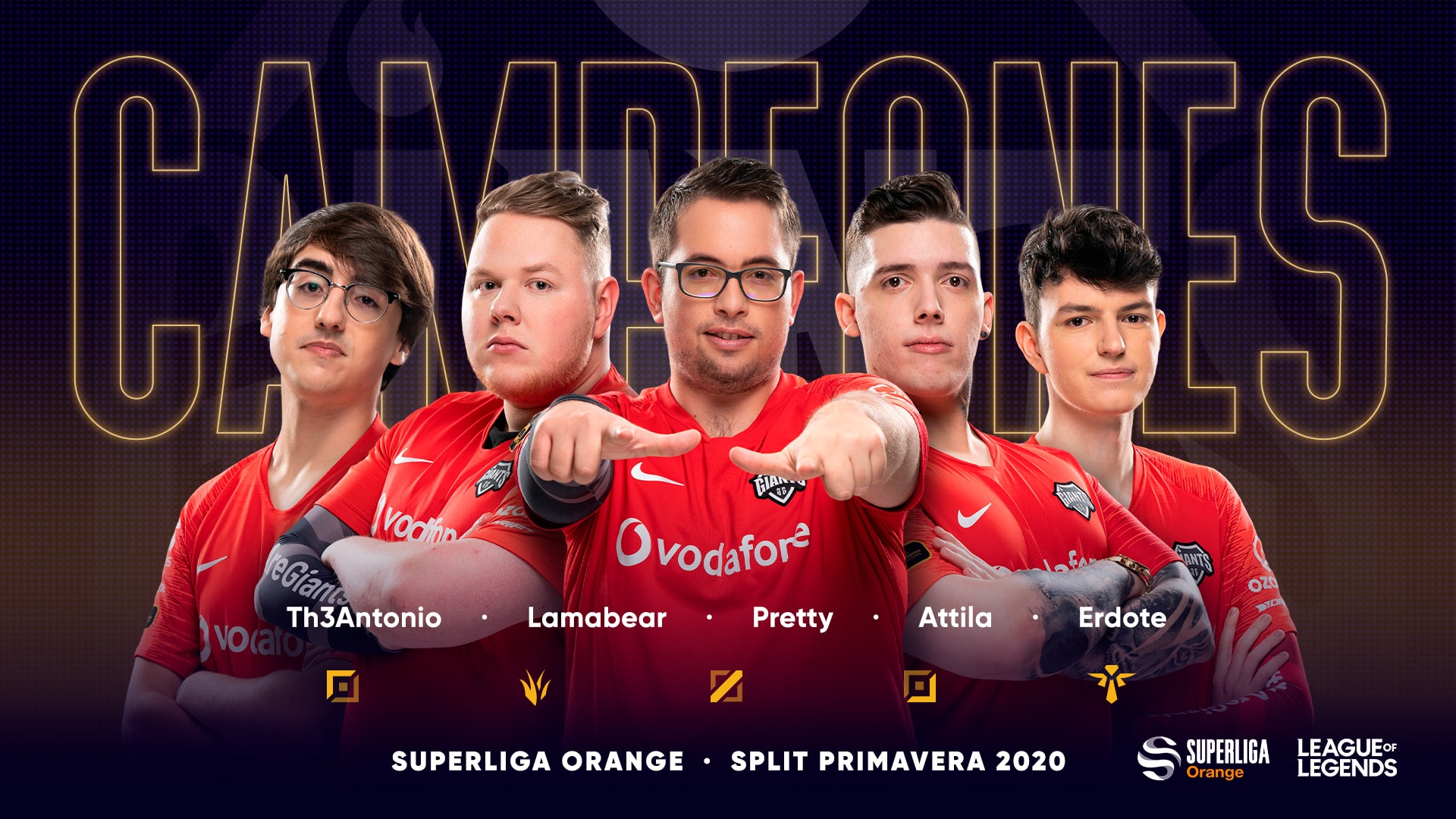 The figures pale in comparison to those achieved by broadcasting a soccer game in any league, but the fact is that lockdown has caused many people to venture into the world of eSports, which is not as new as some would think. The real question is whether this pastime actually needed the boost it has received during the pandemic, as it was already showing clear signs of growth even before COVID-19. There are already professional-level eSports competitions, and the teams involved are structured in a similar way to those of any other sport. Leagues based on various games are multiplying everywhere and television is beginning to set its sights on these virtual sports.

MAPFRE has been committed to eSports since October 2018, with an agreement of intent with the main figures in the eSports ecosystem such as ESL (the world’s largest independent eSports company), Liga de Videojuegos Profesional (part of the MEDIAPRO group and the largest organization of eSports in the Spanish language), and GGTech (the largest organizer of eSports competitions in the educational field). These agreements brought the insurance sector another step closer in the ongoing search for innovation. These agreements meant that the commitment went far beyond having a brand presence; the objective was—and is—to become the insurer of eSports.

As it happens, the first thing we’re going to discuss is, of course, eSport, as it has been a substitute in satisfying fans’ appetite to continue watching their all-time favorite sports for several weeks now. First up, unsurprisingly, is soccer: the FIFA 20 tournament—promoted in March for solidarity purposes by Ibai Llanos—was one of the most followed “sporting” events. Indeed, Llanos is one of the best-known voices in eSports broadcasting in Spain. Professional soccer players took each other on virtually behind their console controllers, and matches were narrated by “usual” radio and television soccer commentators. Real Madrid’s Marco Asensio was victorious and, best of all, a total of 140,000 euros was raised in the fight against coronavirus.

There have been similar initiatives in other sports, although, unsurprisingly, they have achieved less media coverage. Some of the most notable include, for example, the virtual rugby tournament organized by the Spanish Rugby Federation in collaboration with a Valencian company, on the video game Rugby 20.

But if we go one step further: has technology made it possible to hold traditional sports competitions during lockdown? Meaning that the player is actually performing the physical activity, even though technology is involved. We’re talking about something very complex, but we have found some examples, mostly in the field of cycling. Tour for All is the name of the campaign organized in May by Zwift, a training platform for cyclists based in California. It was also held for solidarity purposes to help tackle COVID-19, and managed to raise up to 250,000 dollars.

We’re talking about using a cycling simulator. In other words, athletes stay in their living rooms, but they are still actually practicing sport; they are, to put it very simply, pedaling nowhere. Zwift organizes various types of events, ranging from group ride hangouts to competitions. These types of simulators create routes with all kinds of features and difficulties, and take into account the type of equipment and bicycle chosen by the rider. It also features important aspects such as being able to ride alone or in a group, and being able to choose which type of group to join.

In the case of Tour for All, they organized an event consisting of a five-stage competition. Each stage was held in different time zones and offered different methods of participation. The idea was that anyone who wanted to, regardless of their circumstances, could take part. All in all, it was a great way to keep fit, to continue training in a sport even in full lockdown, to some degree, and to spice things up a little by being able to compete against other competitors.

Lockdown easing, and sport is back!

We’re slowly coming out of lockdown and the number of activities that we can do is growing. At an amateur level, sports that can be practiced individually were the first to return, such as running or cycling on our streets and roads, and sports such as surfing on our coasts. We still have to remain near to our towns and provinces, but the distances we can travel are expanding as progress is being made when easing lockdown in phases.

As for professional sport, we are at the point where one competition after another is restarting, but through various different methods aiming to conclude seasons that were cut short by the pandemic to a greater or lesser extent. Professional teams are raring to go and each competition has opted for a different method of return. Championships involving a lot of travel have had to be permanently suspended in some cases, such as the men’s basketball EuroLiga, while others have been postponed until summer. Competitions that have resumed have done so in a restricted way, with final stages that involve keeping teams in one venue. Or they have tried to continue with the fixtures, but often with very limited capacity, or even stadiums and sports venues that are completely empty.

Are stadiums the same without a crowd?

Numerous players have already said that it feels strange. It goes without saying that we’re facing something totally new, save for some specific cases, almost always due to some federal sanction. There have been multiple and varied ideas on ways to try to alleviate this. The most prosaic ideas involve placing T-shirts in the team colors on seats in the stands, or silhouettes of fans wearing something that moves, such as a scarf. 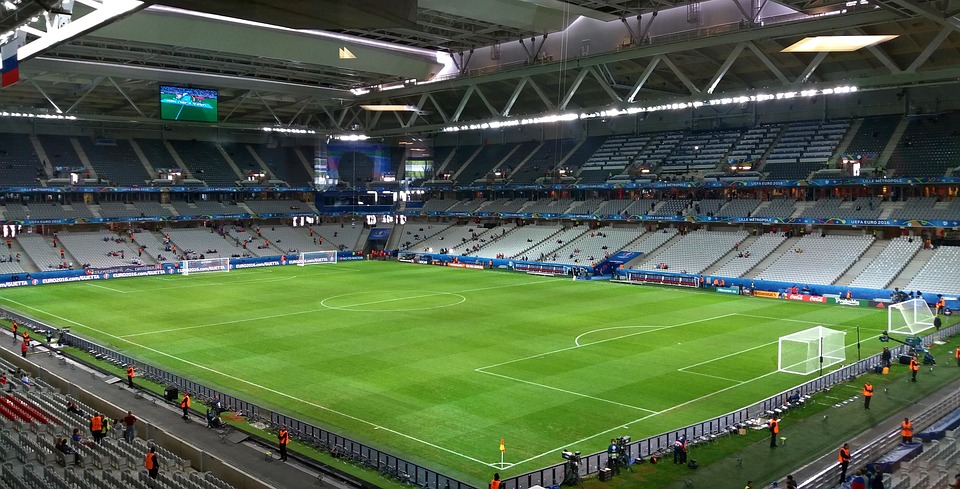 But not everything is visual; ambient sound can be much more important, and this is where technology comes into play. In England, ahead of the Premier League restarting, they want to use the algorithms from the video game FIFA, by EA Sports, to create a virtual atmosphere similar to that usually created by the fans of the competing teams. If possible, this will also be linked to what is happening on the pitch at any given time (details on this have not been confirmed).

More original yet is the technology being developed by Yamaha for the Japanese Football League. In this case the atmosphere will come from “real fans” who, will be able to cheer their team on through an application installed on their smartphones. The app will connect to the stadiums’ PA systems, so players will actually hear their fans while on the pitch. They do, of course, want to avoid controversy, so any reactions relating to refereeing decisions etc. are censored. Realistic, yes. But only to a certain point.