A team of engineers from Google’s laboratories is working on a way to detect earthquakes using information traveling along submarine cables.

Although this may seem like a strange method, it isn’t the most outlandish method out there. In reality though, it’s just one in a collection of methods that vary in the amount of science involved: from analyzing the vibrations from people’s cellphones using a type of crowdsourcing to detecting earthquakes with terrestrial Internet cables, animals, “earthquake clouds” and other natural phenomena. This method stands out from the pack however, as it is more scientific and the data fits a lot better with the observations.

It’s commonly known that 99 percent of the planet’s communications travel through the more than 900,000 km of submarine cables that crisscross the world’s oceans. Unlike satellites, with their slight but noticeable delays, the long range of undersea cables make them the fastest and most efficient way of communicating. At present, the longest cable measures some 60,000 km and runs from Germany to South Korea, touching land at 39 points in between. Both telecommunications companies and corporate giants like Google, Apple, Microsoft and Facebook team up to invest in companies that lay out, maintain and manage these cables.

They used to be made of copper, but of course nowadays, the cables are fiber optic, making them much more efficient. Light travels through the fiber at about 200,000 km/s, a bit slower than in a vacuum, since it has to travel through physical material with a refractive index. Even so, at those speeds it can travel around the globe several times a second and transmit hundreds of terabits per second through each cable.

Detecting an earthquake by observing the cables

The idea behind this earthquake detection method is a simple one. It consists of analyzing a few pulses of light alongside the other signals through the cable. Measuring the time it takes these pulses to get from one end to the other, along with any tiny distortions or interference experienced along the way, makes it possible to monitor and detect if the cable has moved. It’s something that physicists have dubbed “ultrastable laser interferometry” and the first studies were published in 2018 in the journal Science. There they speculated that with sufficient data, the equivalent of a “digital seismograph” could be created.

For the time being, the tests that Google, their engineers as well as the scientists have carried out using Google’s own network of submarine cables. This includes 14 cables from companies Google has invested in, totaling 134 Google Cloud points of presence. Still, what’s most remarkable is that no new cables are needed: Those already in place work great, meaning other companies could join forces to collect more and more data between them.

In 2019, Google was already monitoring these cables when it detected a 7.7 magnitude earthquake near Jamaica, at a distance of some 1,500 km from the cables. This was followed by another 6.1 magnitude quake in the Pacific Ocean (2,000 km from the cable) and even a 4.5 magnitude tremor, smaller and more difficult to detect, in Chile, 30 km from one of the cables. 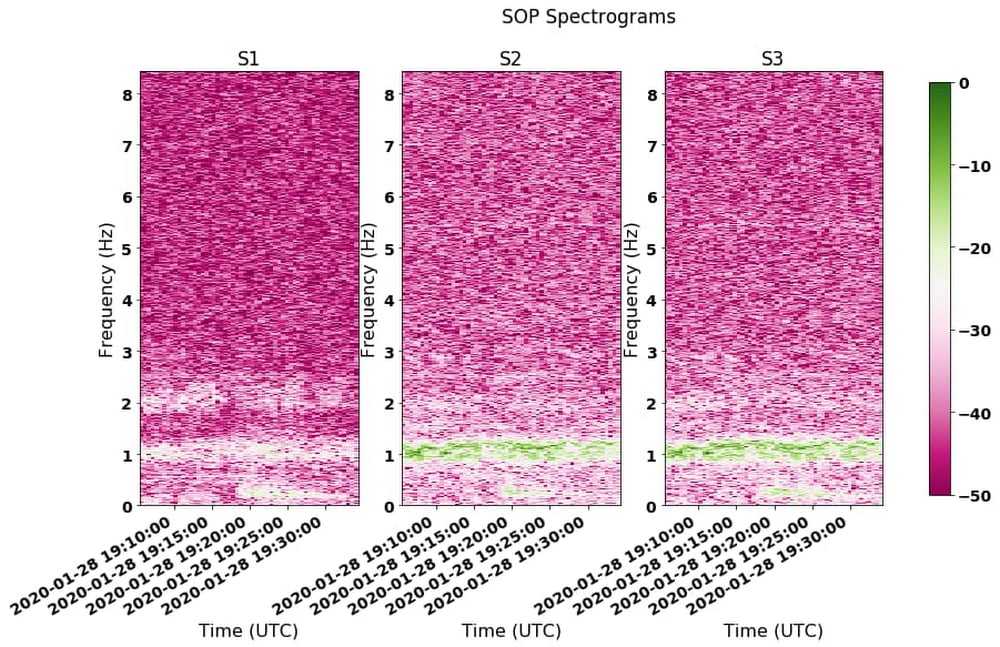 Besides detecting earthquakes in populated areas, the cables can also be used to detect the movements of tectonic plates from the seabed. These movements can sometimes generate tsunamis; however, what’s most interesting is that the system is capable of detecting “pressure changes” in the ocean itself. Tsunamis can move at speeds of 800 km an hour; detecting them in time makes it possible for coastal residents to evacuate in the event of any danger.

It’s not uncommon for these types of innovations to originate from research centers like those owned by Google, since they have the technology and the means to carry out and test the experiments and innovations proposed by scientists. This particular case calls for the infrastructure (cables), the technology to process so much information (Google Cloud) and the pattern detection algorithms needed to extract useful information. As is already the case in the field of medicine, where computers now compete with human doctors, the use of artificial intelligence techniques could further improve detection. And once earthquakes and tsunamis have been detected, warnings could be sent to the proper authorities in a matter of just milliseconds, much shorter than current times.