Medicsen, the first needle-free patch for diabetics, is a winner at the 4th edition of the Awards for Social Innovation

According to the Centers for Disease Control and Protection, (CDC), 37.3 million Americans—approximately 1 in 10—have diabetes. Alarmingly, about 1 in 5 people with diabetes are not aware they have it. to Diabetes is a chronic illness that evolves when the pancreas doesn’t produce enough insulin, or the body can’t effectively use the insulin it does produce.

The number of people with diabetes worldwide has nearly quadrupled since 1980. This worrisome growth can also be extrapolated to Latin America, where the data speaks for itself: diabetes is the fourth leading cause of death in the region.

Although the number of diabetics has increased, the likelihood of dying between the ages of 30 and 70 of one of the four major non-communicable diseases (cardiovascular diseases, cancer, chronic respiratory disease and diabetes) fell by 22% globally between 2000 and 2019.

In April 2021, the WHO launched the Global Diabetes Compact, an initiative that aims to achieve sustained improvements in diabetes prevention and care, especially by supporting lower-middle-income countries. The Compact aims to ensure that all people who are diagnosed with diabetes have access to equitable, comprehensive, affordable and quality treatment and care.

Every year on November 14, World Diabetes Day is celebrated and the theme for this year is Education to Protect Tomorrow. As diabetes education is part of the treatment of this illness, it’s a right that must be guaranteed to patients through a healthcare system focused on chronic diseases and health professionals trained specifically in diabetes.

In honor of this day, we spoke with Eduardo Jorgensen, CEO of Medicsen, who abandoned his plans for a career in neurosurgery a few years ago after meeting a young girl who was tired of injecting herself every day and who motivated him to begin the search for a new treatment for diabetes. His innovative project was recognized in the 4th edition of the Fundación MAPFRE Awards for Social Innovation in the e-health category. In this interview, he tells us how the idea for Medicsen came about and how this project can improve the quality of life of people with diabetes.

Eduardo, how did the idea for Medicsen come about?

I studied medicine and was on my way to becoming a neurosurgeon. But one day during a consultation when I was a student, a diabetes patient, a little girl, told me that she was tired of giving herself injections because her friends made fun of her, and she couldn’t lead a normal life. That made such an impact on me that I decided to give up clinical work and launch a project to solve the problems faced by diabetes patients, which I’d discovered through that little girl.

You had to rethink your project in terms of the technology it used, didn’t you? Can you explain what the complete process was like?

Initially our goal was to develop a non-invasive artificial pancreas and try to find transdermal therapeutic systems, so we started thinking about lasers.

We spent 12 months designing the device with a laser, but a year later we met with a group of laser experts who told us that we would need a laser the size of a motorcycle engine to do what we wanted to do. Of course, at that time we were looking for a portable device, so an option of that size wasn’t viable. So, we started looking into alternatives and found ultrasound, which is the technology we have been working with until now.

How does Medicsen improve the quality of life of people with diabetes?

There are several ways that Medicsen improves the quality of life of these patients. The first is that people with diabetes have to give themselves injections about three times a day. That means more than a thousand shots a year, painful injections that leave marks and scars and can have complications such as bruising or infections. All this is eliminated with our solution because it’s completely needle-free. This is a tremendous improvement in quality of life because you no longer have to cause yourself pain several times a day.

What’s more, you don’t feel as sick, because ultimately, if you have to inject yourself or have a catheter in your body 24 hours a day that you can’t disconnect, you feel much sicker than if you’re wearing a patch that you can put on and take off.

We’re also confident that this improvement in quality of life will help to increase adherence to treatment, and patients will follow it correctly. This will lead to better results in the treatment of the disease and longer life expectancies, because the life expectancy of diabetes patients is 10 years less than the average for the population. Of course, this also implies cost savings for the entire healthcare system.

The theme of this year’s World Diabetes Day is Education to Protect Tomorrow. How do you think the education of people living with this disease can be improved? How can Medicsen help to achieve a future in which patients are better protected?

Well, I think there are two main concerns. In Spain there are quite a few public education tools available, but it’s always good to have more. It doesn’t necessarily have to be a nurse or an endocrinologist who tells patients what they have to do, but rather, the diabetes educator is a key figure who is much more accessible to all patients. Not just occasionally, but, for example, to provide more support when you have just been diagnosed. There are times during the diabetes patient’s journey when their desire to make that effort wanes, and then it’s probably necessary to have a certain interaction to prevent this.

In fact, a team member recently told us that in his town, somebody with diabetes had just died because they stopped giving themselves injections because it was no longer worth it. When a patient stops their injections, it can lead to serious events like a ketoacidotic coma that can kill you in an instant.

So, we could say that at Medicsen, we have two objectives. On the one hand, improving treatment, which is obviously what we’re aiming to do. But there’s also the need to improve the information available to patients, and that way, reduce their psychological and social burden. Although we’re highly focused on treatment, at Medicsen we’ve also used apps, like Suggin, to complement insulin delivery with information for the patient, predicting their future glucose levels and trying to integrate that with the other sensor measurements in their daily lives. Based on this, the app offers a personalized experience and can even encourage you to keep meeting your treatment targets.

How does your smart patch work?

The device has two parts. One is the body of the patch, which has the electronic parts, like the battery or ultrasound generator, which are durable components that need to last about three years. The second part is a disposable component, with the insulin cartridge and adhesive to stick it to your skin.

Using these device cartridges, the user injects the insulin into the patch instead of their body and then places it on their skin and turns it on. Then the device starts emitting ultrasound waves, completely harmless to humans, which go into the skin, naturally yet temporarily enlarging the pores while activated. The insulin is squeezed into the pores and reaches the subcutaneous tissue, where it is absorbed, entering the patient’s bloodstream and producing the required effect.

Once the patient has finished administering the insulin, they can remove the patch and dispose of it. In fact, we believe that this part can be recyclable, or at least reusable for future cartridges or other potential applications, so it isn’t just thrown away. Another advantage is that it isn’t biologically active, so it’s not a hazard to the patient or their caregivers and can be disposed of in a standard recycling bin.

What are the main advantages of the smart patch, compared to current insulin delivery devices?

Giving yourself injections or having a tube in your body all day provokes extreme fatigue. If you have to wear a patch that’s painless and does you no actual harm, you’re not only more inclined to do it, but as I said before, you don’t feel as sick.

We believe our smart patch has benefits for the patient: it’s painless, portable, discreet, you don’t feel as sick, and above all, you’re probably more likely to stick to your treatment and see better outcomes. And for the public healthcare system, this means lower costs, because in fact, a poorly monitored patient costs up to 20% more than a well-monitored patient.

It also reduces the risk of needle stick injuries to healthcare personnel, as needles cause up to 2,000 accidents per day and 3 billion euros in annual handling costs. Finally, it also benefits the pharmaceutical industry, because it can be used for different treatments, as this delivery device is compatible with not only insulin, but many other drugs, so it can be helpful for a variety of medical conditions.

Why did you decide to present your project to the Fundación MAPFRE Awards for Social Innovation?

Our motivation was twofold. First, because they are awards with a tremendous impact, and secondly, because they offered a monetary award that can help us, and that’s always necessary at the initial stages. In our case, because our work is based on research, all this support is very helpful to us.

What has winning this award meant to you?

Its main value to a company in our category is financial, but at the same time, it brings us tremendous publicity. It’s probably the most publicity we have ever obtained with any award, because we appeared in almost all of the media in Spain, from newspapers to radio and online too. All that helped to bring attention to our company and get potential investors, patients and partners thinking of us, and from there, create new opportunities.

What are your plans for the future? Do you have any other projects in mind?

At Medicsen we’d like to ultimately become the Apple of medical devices, meaning that we aspire to be a company that makes technology that can improve quality of life for people with chronic illnesses, by making it easier, more accessible, and more user-friendly to administer the treatments they need.

Right now, we’re highly focused on developing this patch for insulin first, because that’s in our company’s DNA, but our next steps will be to adapt it for tons of different drugs and other health conditions that would benefit from eliminating daily injections, such as heparin treatment or in autoimmune diseases like inflammatory bowel disease or multiple sclerosis.

Ultimately, the objective is to be able to treat more health conditions with the patch.

We want to get to the market with insulin before having it approved for other drugs and health conditions, which is why we’re currently conducting animal tests. With those positive results, we hope to start a four-million-euro financing round in the first quarter of 2023. Then we’ll conduct studies on humans so we can hopefully get the device on the market sometime in 2024.

At MAPFRE we support projects like this one through our Fundación MAPFRE Awards for Social Innovation, which help social innovators to meet the needs and demands of citizens with their projects. We are also supporting World Diabetes Day, the world’s largest diabetes awareness campaign that reaches millions of people around the globe. With this campaign, we are calling attention to the problems associated with diabetes and bringing visibility to this disease. This event represents one more step towards achieving Sustainable Development Goal (SDG) 3 of the 2030 Agenda, which calls for ensuring healthy lives and promoting well-being for all at all ages. 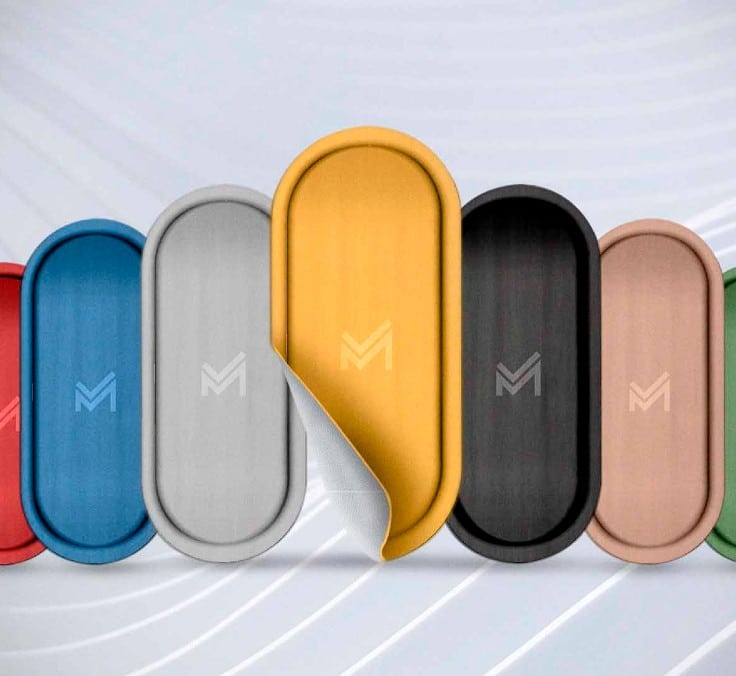