Rafael Puyol: “Stakeholders in the labor market must reach an agreement to help senior workers” 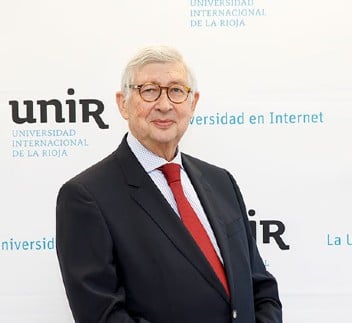 Rafael Puyol, demographer and president of the International University of La Rioja (UNIR), also a former rector of the Complutense University of Madrid, has collaborated actively on the Senior Talent Map, promoted by Fundación MAPFRE’s Ageingnomics Research Center, with experts like Iñaki Ortega and Alfonso Jiménez, among the leading authorities on this subject and opportunities for “silver” professionals. In our interview, Puyol conveys the satisfaction of someone who is contributing to something “in which he deeply believes”: helping to put measures in place so that seniors can work in the best conditions. In the light of the employment and entrepreneurship data, he feels hopeful that older, experienced and valuable professionals will continue to grow, despite certain prejudices that, he assures, must continue to be corrected.

What are the main challenges in view of the new demographic realities?

Spanish demographics have three major challenges that are strongly affecting us at present. The first is a very low birth rate, with a fertility rate of 1.2 children per woman, which has prevented generations from being replenished for some time and caused a shortage of young people, particularly in the labor market. The second one is aging: a growing number of people are aged 65 years or older. The average is currently 20%, one in five inhabitants is over the age of 65. But there is also a growing population of an advanced age, of persons aged 80 and over. Third, immigration has slowed down in recent months due to the pandemic, when it is critical to us economically and demographically. It is a vital factor in demographics.

In your opinion, what are the biggest contributions of the Senior Talent Map, in which you have participated so actively?

This map highlights the increasing importance of workers aged 55 years and over. When comparing the situation in 2008, prior to the economic crisis, and the situation in the most recent year we studied, 2020, we can see that both the active and the employed population over the age of 55 have grown significantly. Seniors are increasing in number, and this trend will continue even more in the future as a result of a double process: on the one hand, the decrease in the younger population, and on the other, the general aging of the population. This leads to the unavoidable need for the population of active and employed senior workers to increase. And this is happening. Ultimately, this study analyzes the population 55 years old and over in the labor market, taking two approaches. First it looks at the salaried population, those who work for companies or the public administration, and on the other, freelancers. The number of self-employed seniors is growing, because many people who previously worked for a company are retiring at a relatively early age and starting a second career, which involves entrepreneurial activity. In general, the working older population is growing, and the number of self-employed seniors is significantly increasing. It’s a highly detailed snapshot of the situation.

When we use the term senior, we are referring to people with more experience and capacity for reflection. Why is it important to stress the talents they offer?

They have many assets to contribute, but I would highlight three: their experience, with a long working life, their knowledge—although continuing education is an area we still need to improve in Spain—and their people skills, with many good relationships with the worlds of business, of finance, entrepreneurship… As a result, senior workers can bring qualities to a company that younger workers sometimes cannot offer. Along with these undeniable virtues, they may also have some shortcomings, such as, for example, they are accused of not having the required training in new technologies. I think they may not be as capable as digital natives, but I will also say that they are by no means digitally illiterate. In the end, we are seeing a significant improvement in their ability to embrace new technologies. That accusation, which is sometimes actually made by senior workers themselves, is being addressed. They have unique advantages as well as weaknesses that are being effectively corrected, making them essential workers for the development of businesses and institutions. They are even becoming fundamental to entrepreneurship, and the important thing is for them to be able to work together with younger workers. By putting them together, organizations can form intergenerational teams of people who benefit one another and improve productivity in most cases. 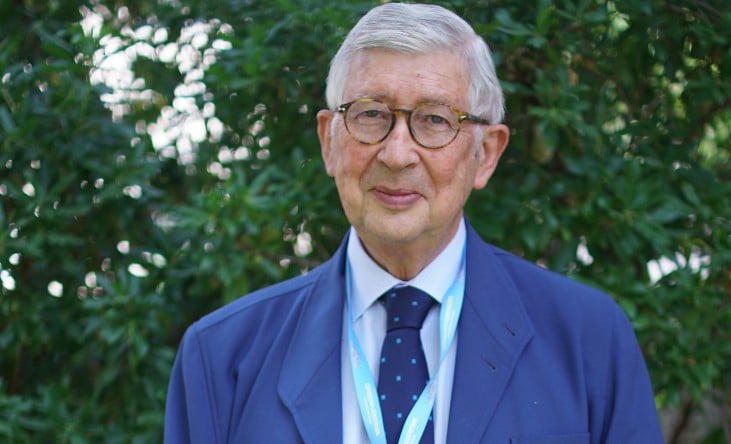 Which are the most advanced societies in terms of harnessing senior talent, and what are they doing? What ground does Spain still need to cover?

Indeed, there are countries that are far ahead of Spain in terms of senior work. In previous research, we focused on the European sphere and analyzed nine countries. We found, for example, that the Nordic countries have much higher activity and employment rates for workers aged 55 and over and much longer periods of activity than in Spain. Here, unfortunately, there is still a certain culture of leaving the job market early and of early or premature retirement, a practice that I think should be reduced. Senior workers are going to be increasingly essential to companies and the public administration. And there are companies in those countries with best practices that have developed programs for older workers to perform their activity in the best possible conditions.  Spain, which doesn’t have too many companies that are prioritizing senior work, has a lot to learn from them.

In recent years, seniors registered as self-employed have been a fast-growing phenomenon, with freelancers in this age group increasing the most. Is this due to making a virtue out of necessity, especially after the pandemic?

Self-employed senior workers are on the rise, with almost a million registered, and senior freelancers make up a quarter of the total registered senior workers over the age of 55. It’s a growing phenomenon that starts in the 45 to 55 age bracket and continues. They are the fastest-growing group. In addition, the conversion rate in terms of intentions to create a business and the creation of that business is higher than among young people. They have, so to speak, a fairly high success rate, because they have more developed networks, stronger financial positions, a greater ability to mobilize external resources; they give legitimacy to projects and have often acquired share capital during their careers… All that is strongly reflected in these people.

The pandemic has had an influence. Some companies have seen the crisis as an opportunity to implement early retirement programs. As a result, there are people who cannot continue being employed by others, as they would wish, despite having full physical and mental capabilities. They have found three ways out, or solutions to their problem: the gig economy (continue to work sporadically in the same organizations where they worked before, on commission, on a project basis, with variable compensation), volunteering and entrepreneurship, creating their own businesses. This is because they have no other way to keep working, and this can sometimes be due to ageism in the job market, which consists of saying that older people are less productive, have less training or enthusiasm than a younger worker, and above all, the erroneous idea that by continuing to work, they are limiting opportunities for younger people. That isn’t the case: in fact, the opposite has been proven in many countries. The higher the activity rates for seniors, the higher they are for the youngest workers.

You are advocating more recognition and a specific boost for senior entrepreneurship. Who are you calling on to achieve these objectives?

We are asking for greater attention to be paid to senior workers, whether they are employed by others or self-employed. This would require an agreement between the four main stakeholders in the labor market: the public administration, establishing regulations and certain flexibility so that those who want to work may do so if they are physically and mentally fit; no one who wants to continue working should stop if they can remain active. Also the unions, which sometimes seem to make it difficult for young people to access the labor market, as if it were a fixed or stagnant thing. The labor market is fluid, dynamic… Companies are the third stakeholder. In Spain’s case, few companies have suitable policies to allow senior employees to work in the best conditions. And finally, we have the senior workers themselves; some want to continue working and see no alternative, but others are reluctant to do so, even at relatively young ages. We must also define a policy to convey the message that with an average life expectancy that will soon pass 90, it makes no sense to retire in your 50s. Ultimately, you end up spending more time retired than working. That makes no sense whatsoever.

Supporting seniors after the pandemic: From crisis to opportunities of longevity