Philosophy and coronavirus, how the pandemic is changing us

Sadly, we cannot say “this is how it has changed us,” as the pandemic is still very much with us. In Europe, we are still reeling from the onslaught of the first wave of the virus. With threats of outbreaks everywhere, we are keeping a close eye on the second wave that is likely to arrive in the fall. In addition, the problems triggered by COVID-19 will be complicated when it coexists with other viruses, like those that cause the common cold or the flu.

In the rest of the world the situation is deteriorating, with densely populated countries seemingly unable to contain the epidemic. And in Europe, we are wondering whether successive waves can be contained without the need to repeat the mass lockdown of previous months, an experience that has undoubtedly affected us all.

Quarantines, lockdowns, border closures: such circumstances force us to reconsider many things. In his column in Babelia, a supplement to the Spanish newspaper El País, the philosopher Juan Arnau says that one of the concepts being called into question these days is cosmopolitanism. A term reportedly coined by Diogenes, which over the centuries has been debated by such important thinkers as Kant, who reviled it, or Leibniz and Hume who defended it and, in a sense, practiced it. Right now, with so many borders closed, this is one of the controversies that has somewhat lost its substance. 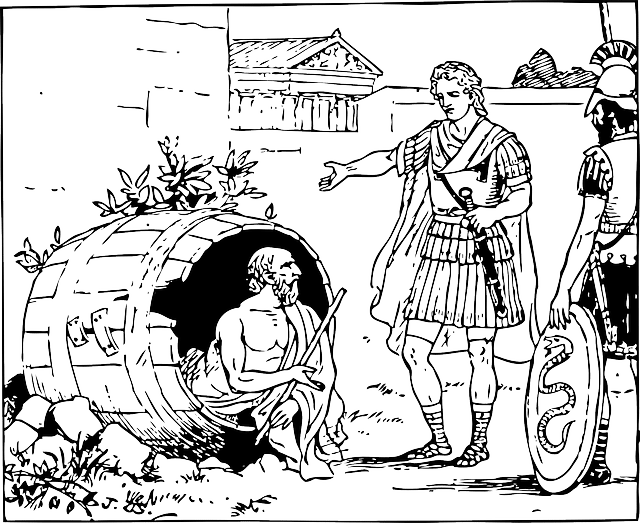 Victoria Camps and the virtues of uncertainty

Lockdown has affected some people in such a way that they are suffering from what psychologists in Spain are referring to as síndrome de la cabaña, denoting a type of pandemic-induced anxiety: now that people are able to go out, they are scared and reluctant to do so. Some people are paralyzed by uncertainty, but as the philosopher Victoria Camps says this can have its positives, as it “forces us to think.” She also believes that lockdown has forced us to better evaluate what our real needs are and what key workers in essential sectors, who have constantly been on the front line, deserve to be paid.

Victoria Camps does not think that the crisis we have experienced will change us in any great way and while she recognizes that every crisis can create an opportunity, she is also clear that we have to want to take advantage of it, and that experience dictates that we have emerged from past crises with even greater inequality.

The German philosopher Markus Gabriel believes that the crisis triggered by SARS-CoV-2 is simply the first of many, the most serious of which will be ecological in nature. However, he does think that we will come out of the pandemic a more moral society and that this can serve as preparation for the climate crisis that will force us to turn the page on globalization and neoliberalism.

While we are talking about economics, it is also worth listening to an economist like Esther Duflo, the most recent Nobel Prize winner in her field, who believes that the challenge is to try to maintain jobs and salaries once we have overcome the current situation. She has a pessimistic outlook, fearing that large companies will opt for automation because, according to her pithy summation, “machines don’t get sick.”

Richard Sennett, sociologist and professor at the London School of Economics, is worried, like Gabriel, about another crisis, the one that is caused by climate change and of which we are less aware because it is more hidden and not quite so sudden. He is also concerned about the decline of the welfare state, which in his view is due to the same liberalism that has limited our response to the crisis. Richard Sennett, who is also professor of urban studies at MIT, believes that there will be a return to the concept of individual housing in cities and we will have to rethink their growth. Unfortunately, some of these ideas are at odds with the quest for energy efficiency in large metropolitan areas. Undoubtedly, the coronavirus could leave its mark on architecture and urban planning, just as other epidemics did in the past.

If our century has one important voice, it is that of Noam Chomsky. Last April, while in lockdown, the MIT professor emeritus, linguist, philosopher and essayist, reminded us that in addition to the climate crisis, the threat of nuclear war still looms over our heads.

As on other occasions, Noam Chomsky emphasizes social issues and questions the contradictions of the Western political system and the varying degrees of importance awarded to each crisis depending on who is suffering from it. He highlights the socio-economic problems which, in his view, are products of neoliberalism, as well as our lack of foresight when it came to protecting ourselves against a pandemic that could arrive at any time; for example, the meager amount that has been invested in research into vaccines to counter the various other coronaviruses.

However, he does see this crisis as a chance for society to organize itself differently, for the pandemic to be the alarm signal that moves us to seek a better society. For Noam Chomsky, it is imperative to put into practice the Green New Deal; a pact that was born in the United States as the result of a legislative initiative with the dual objective of reducing social inequalities and combating climate change.

Another of the phrases Noam Chomsky gives us is that “there’s no profit in preventing”; that is why we have not invested in it. On the topic of prevention, it is very interesting to take a moment to consider the “black swan” concept, developed in 2007 by the investor and mathematician Nassim Nicholas Taleb, which refers to events that are totally unpredictable, making it impossible to take measures to prevent them. This debate has surrounded the coronavirus pandemic: some people think that little or nothing could have been done to prevent it; many others, like Noam Chomsky, think otherwise. Bill Gates is another person who gave a number of lectures warning of the need to prepare for the pandemics that were sure to come.

The surrender of privacy and the power of information

By March, Europe was suffering the worst of the epidemic, while Asian countries seemed to have controlled the problem quite effectively. The South Korean philosopher Byung-Chul Han, based in Berlin, reflected on this occurrence. In some cases it has happened with the help of the authoritarianism of a strong state, and in all cases it was thanks to technology, which required the privacy of citizens’ data to become, to a greater or lesser extent, a secondary concern.

In countries like Taiwan or Singapore, surveillance cameras, cellphone apps and, basically, technology and Big Data are just as important in the fight against the virus as virology. In general, Asian citizens trust the state, but in countries like China, where they are obliged to do so, digital surveillance is reaching unimaginable heights and almost completely governing the lives of its citizens, in the view of Byung-Chul Han. Despite this, the article he wrote then was even more critical of Europe and its ineffectiveness in fighting the pandemic with the use of “obsolete measures,” like border closures.

Two months later, in May, in an interview with the press agency EFE, Byung-Chul Han’s outlook was, if possible, even more pessimistic as he made statements such as: “Survival will become an absolute, as though we were living in a permanent state of war.” Byung-Chul Han warns us that “death is not democratic” and that it is the poorest strata of society who is suffering most from the onslaught of COVID-19. He also expresses fears that the situation will lead us to what he calls a biopolitical surveillance regime; it all comes back to the digital surveillance he talked about in his earlier article. He believes that the fear of death will lead us to the worst possible scenario, in which the West will have to give up its liberal principles and that there will be a shift in global power relations toward Asia. His message is not without controversy, since in addition to thinking that the panic in the face of the virus is excessive, a questionable view, he notes that it only seriously affects very old people, which is not entirely accurate.

Israeli historian, writer and philosopher Yuval Noah Harari, for his part, believes that there should be a commitment to international scientific cooperation, although he doubts that this is happening. He believes that as a basic tenet of such cooperation, information must flow and be shared. He asks us, the citizens, to control our political leaders, as the decisions they take now will shape our future. It is for all of us to determine whether the crisis is addressed from an authoritarian or, conversely, a democratic perspective. And also to tackle it from a position of solidarity between countries.

This is how some of the greatest philosophers of our time see the situation and the influence that the coronavirus has had and will continue to have on our lives. But each of us has our own legitimate analysis of events. Some, like the writer Javier Cercas are certain that: “once the pandemic is over we will continue to be the same idiots we were before.” However, many thinkers believe that the possibility of regaining trust in humanity is in our hands and that the future can be better if we take advantage of the crisis to rethink our society and commit ourselves to solidarity.