Accelerating trends in the sphere of international relations

To mark the International Day of Multilateralism and Diplomacy for Peace, we take a look back at what Carlos Malamud—Senior Analyst at the Elcano Royal Institute and Professor of Latin American History at UNED (Universidad Nacional de Educación a Distancia — Spain’s national distance education university)—had to say about the changes and trends in the field of multilateralism. Professor Malamud recently participated in the MAPFRE GLOBAL RISKS LATAM Workshop, during which he explained the situation in Latin America since the end of the 19th century. He also discussed the impact of the pandemic, including its economic and social effects, and elements for reconstruction. 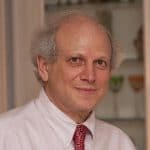 In the field of international relations, “Multilateralism and multilateral institutions have been jeopardized in recent times, especially during Donald Trump’s time in the White House,” Malamud explains.

One key area affected by this trend has been the field of vaccine production. It is true that scientific cooperation has been driven forward, though if it had been put together in a more structured way, then another more positive result might have been achieved in relation to some of the selfishness observed throughout the COVID pandemic. “We have seen competitions between national vaccines, and shameful incidents in the struggle for PPE (personal protective equipment) such as respirators, masks and gloves,” stated Malamud. He recalled that, in Europe, after questionable early developments, things began to straighten out. Borders were re-opened, purchases were coordinated and structured, and the European Commission launched a large rescue package. By contrast, however, he pointed out that “LATAM and other regions of the world were unable to formulate coordinated responses.”

For the researcher at the Elcano Institute of International Relations, “The pandemic brought new developments, but it did not in itself alter the sphere of international relations too much. Rather, it served to accelerate many of the trends that were already underway.”

The pandemic broke out against a geopolitical backdrop marked by tension between China and the USA, which—in Malamud’s view—has now intensified. In the future, Malamud believes that these tensions will continue and that “The world will be more vigilant, with the two powers surely demanding tests of allegiance, and this will place weaker countries that need both of them in a difficult position. This is happening with 5G and the way that the digital future is set to develop, with facial recognition, artificial intelligence…,” he explained.

Professor Malamud warns that, under Joe Biden’s administration in the US, we may see “new forms of multilateralism, such as the relaunch of the WTO (World Trade Organization) and the WHO (World Health Organization), both of which may take on more prominent roles.”

What is to be expected for Latin America, the emerging region that has been hardest hit by the pandemic? “The region has a very high degree of flexibility and resilience, but unemployment and poverty will increase and prospects for the middle-class will decrease, creating a groundswell of social discontent.” Malamud also envisaged that the lending capacity of international financial institutions such as the World Bank, the IDB or the CAF will not be able to meet the demand needed for reconstruction. All of this will create a complex situation, given that the whole world will be in need of greater resources.

On a positive note, he recalled a conference that took place several months ago with the Association of European Journalists on the strengthening of presidential administrations in Latin America. “We saw that the studies carried out for the Latinobarómetro reflect a significant re-valuing of democracy.” Beyond the difficulties, citizens in Latin America also revere public values.

“As always, in a crisis, the best and worst sides of human beings come to light,” Malamud concurred. In some places we will see a reformulation of the social contract and of social pacts for a better post-pandemic reconstruction. In others, however, it will be more difficult.

Evidently, the future will largely be contingent on factors such as the social backdrop, the weight of institutions, and politics, Malamud admits. In the management of the pandemic, Malamud argues that “A large number of COVID-populists and a notable absence of leaders” have been seen, “with exceptions such as Uruguay,” he illustrated.

Carlos Malamud: “It is important that Latin America does not miss the boat for the technological revolution”

Interview published in Risk and Insurance Management: “The relationship between Spain and Latin America is increasingly a two-way street.”