Are we going to the office less in the future?

Of the billions of trips taken all over the planet each day, a large number involve the commute to work. These routine journeys, part of the daily grind, take most people a significant amount of time each week, especially in the city. But with the pandemic came the rise of remote work, and after being forced to rapidly deploy it, many companies and workers have realized the advantages of this format and are considering maintaining it for the long haul, albeit partially.

Working from home has proven to be a viable option, and there is no debate on the future of everyday mobility where it isn’t present. While it will never be a substitute for human contact, and it isn’t possible in all lines of work, adopting it with varying degrees of flexibility has meant a better work-life balance and more sustainable routines in a context of growing environmental awareness. But what is the status of remote work more than two years after the pandemic? Was it a temporary solution, or is it here to stay?

Adopting remote work varies by country and is influenced by factors such as economic development and population size and characteristics. While it is difficult to measure, we can make an estimate based on data from GPS navigation apps, used by public health officials to make decisions to combat COVID-19. Google’s Community Mobility Reports reveal the movement numbers and trends by region around the world.

After looking at the numbers for some big cities, our first conclusion is that fewer people are going in to the workplace. The latest Google data from May shows that commutes to work have fallen compared to the pre-pandemic figures by 13% in Barcelona, 15% in Madrid, 18% in Berlin, 25% in New York, 30% in London, 33% in Paris, etc.

Users of GPS apps are more tech-savvy than average, so the real figures may be somewhat lower. However, the data reflects a clear trend: in urban areas, fewer people are going to offices and other workplaces, a shift explained by the rise of remote work.

Some cities have been slower to adopt this trend. Rome is one of the exceptions, with commutes to work decreasing only 1% after the pandemic. This is also the case in the capitals of Asian countries, characterized by a culture that places more value on the collective and face-to-face meetings. Despite the strong presence of technology there, in-person work has dropped by only 8% in Tokyo and 10% in Seoul.

The adoption of remote work is linked to the digitalization of the economy, an area in which regions such as Latin America have made less progress. Because of that, while in-person work is declining in large cities in Europe and the United States, the Latin American capitals have already recovered levels similar to or higher than the pre-COVID figures. For example, commutes to work are up 5% in Mexico City, 30% in Bogotá, 5% in Lima and 20% in São Paulo.

Mirroring the variations between countries, in which the digitalization level of developed economies means more people choosing to work remotely, there are significant differences within the countries themselves. Even in countries whose capitals have seen a sharp decline in daily traffic to workplaces, such as the United States, Spain, France, the United Kingdom and Germany, trips to work have fallen by less than 10% or returned to pre-pandemic levels in more rural and less populated areas.

Along with providing a healthier work-life balance, remote work has the potential to alleviate problems typical of big cities, such as overcrowding and pollution. But these issues are far less relevant in towns and medium-sized cities, where travel times are also reduced. Technology isn’t the only factor, as the differences are also explained by fact that in these towns, where distances are shorter, remote work is less prevalent because it provides fewer advantages.

However, there is a trend in rural areas that is more reflected in the urban data. Telecommuting has made it possible for urban professionals to spend part of their time working from small towns or even relocate there, seeking better quality of life. While this is barely reflected in the overall numbers, it’s a shift that may help to revitalize towns and boost sustainability, two of the biggest challenges for society today.

Based on the overall data, we can reach conclusions that go beyond the work landscape. There are two kinds of places in cities that, two years down the line, we continue to visit less: public transport stations, and stores and places of entertainment. The decline in public-transport ridership, initially caused by fears of infection, has yet to recover due to remote work and people preferring private means of transport. Visits to stores and places of entertainment, also a product of fears of infection, continue to decrease due to the rise in new shopping behaviors and ways of enjoying entertainment, such as e-commerce and streaming platforms instead of movie theaters, for example.

In contrast, trips to supermarkets and pharmacies, journeys in residential areas, and visits to natural spaces like parks and beaches are the same or higher than in pre-COVID times. 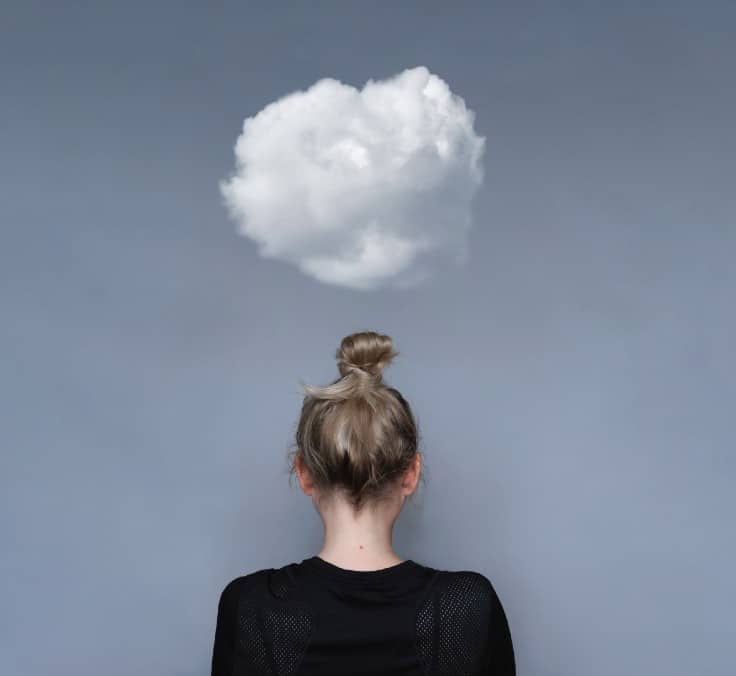 The mental health challenges of lockdown and remote working