Can the Amazon’s resources be harnessed in a sustainable way?

We are aware that this is a complex question; and, in a way, a secondary one. The most pressing issue at the moment is to save the world’s largest tropical forest and one of the pillars on which a viable future for our planet rests. Once this has been figured out, we can explore the possibility of taking advantage of its immense resources, always with the utmost respect for sustainability.

The importance of saving the Amazon

At this point, no one can doubt the immeasurable ecological value of the Amazon. Although it’s not the main source of oxygen on Earth as some may think—which could call into question the expression “lungs of the planet” (that role is played by our oceans)—the contribution made by the Amazon is not negligible: it produces a total of 20 percent of the world’s oxygen. This forest mass, the largest on Earth, is responsible for absorbing up to 2 billion metric tons of CO2 and occupies a prominent place in the planet’s hydrology.

The World Wildlife Fund (WWF) website also focuses on the CO2 issue, but it gives us more information about the importance of a large rainforest’s water contribution to both the atmosphere (through evaporation and plant transpiration) and to the ocean from rivers; obviously in this case, we are talking specifically about one of the longest and largest rivers in the world: the Amazon River.

These hydrological contributions have a vital impact on the climate, both locally and around the globe. The Amazon rainforest, despite its deterioration, remains an immense reservoir of animal and plant species to be discovered. Many of these plants, both known and those yet to be discovered, have great medicinal potential that has hardly been researched.

The enormous issue of deforestation and illegal logging

You only need to take a quick look at the figures to understand the serious problem affecting this part of the planet: unstoppable deforestation. From January to June of last year, a new record of destruction was set, with a total of 1,185 square miles (3,070 km2) of forest destroyed.

There are many negative activities that impact the Amazon rainforest: mining, livestock, gold prospecting and, most notably, the timber industry. In addition, we have the Brazilian government, led by Jair Bolsonaro, which has launched multiple economic projects in the Amazon, perhaps too many; on the other hand, we have an even more serious problem: illegal logging. 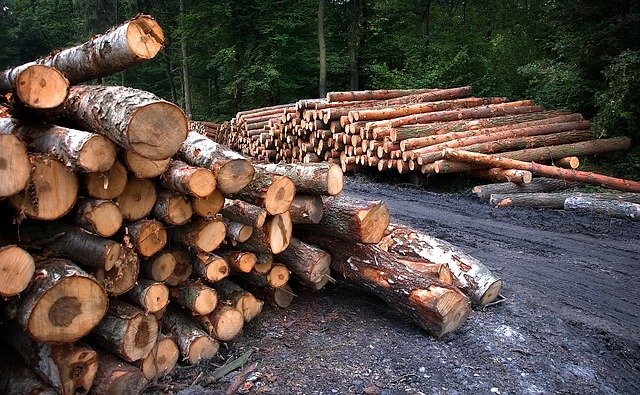 The countries that share the Amazon rainforest (there are eight or nine, depending on whether French Guiana is included) face this problem on a daily basis. In Peru, for example, the National Forestry Service is tasked with combatting this relentless threat. Its lack of resources is obvious and it relies heavily on collaboration with NGOs.

Meanwhile, in Brazil, the institution in charge of prosecuting illegal logging is the Brazilian Institute for the Environment and Renewable Natural Resources, better known as IBAMA, which, after 30 years in the fight, is running into all sorts of difficulties, including a few obstacles from the current administration.

The case of Amata: can timber be harvested sustainably?

There is no doubting the immeasurable wealth of the Amazon rainforest, so the question that naturally arises is this: can this wealth be harnessed in a sustainable way without compromising the future of our planet?

This isn’t a question that can be resolved in an article like this one, but what we can do is shine some light on an experiment that attempted to do so. It was unsuccessful, but now we’ll see the reason why.

We’re talking about the story of the Amata timber company, and its plans to produce—or rather harvest—timber, thanks to The Wall Street Journal. The company’s plans were to work in the western Amazon and cut down a single tree for every acre of land (around 0.40 hectares).

This is a way of extracting timber from the forest that gives each area enough time to recover and continue to grow. Amata is a Brazilian forestry company that has a public concession; they work in partnership with the Forest Stewardship Council (FSC) to promote the use of forestry techniques that have a low environmental impact.

After making a substantial economic investment in 2010 to work on the concession it received—a total of 178 square miles (around 461 km2) of Amazon rainforest—the newspaper tells us that they were forced to leave in April of last year. The reason? Illegal loggers invaded their land, cutting down and destroying trees apparently without the Brazilian authorities being able to put a stop to it.

The country’s administration has made it clear, however, that it wants to grant more concessions to work legally, but uncontrolled deforestation by illegal loggers continues on a daily basis. It’s a dead end that precludes any debate. Is this the result of a lack of political will or a lack of means?

A quick note on Europe

Although the intention of this article is to talk about the Amazon, we can’t help but wonder what plans the European Union has on this matter. On the website of the European Parliament, we can find some answers.

In principle, there is a clear commitment to sustainable forestry and the need to fight against deforestation.

Measures have been set out, such as the use of satellites to improve the early detection of natural disasters, border controls to prevent entry of unsustainable products and a regular evaluation of the impact of any trade agreement on the state of forests.

The ultimate goal? To fight climate change while helping create millions of sustainable jobs around the world.