Low-code platforms: The promising future of entrepreneurship in Latin America

Silicon Valley, the cradle of innovation, remains the largest ecosystem of startups in the world, followed by New York, London, Beijing and Boston, according to The Global Startup Ecosystem Report 2020. Meanwhile, the culture of startups and entrepreneurship is extending to other places, such as Mumbai, Jakarta and Zurich, which lead the Top 100 list of startup ecosystems. Europe is the leading continent with 38 cities, followed by North America with 32 and Asia-Pacific with 22. Further evidence of this shift is that 46 percent of the top financial technology companies on the 2020 Fintech 250 list are based outside Silicon Valley, according to a report by CB Insights. 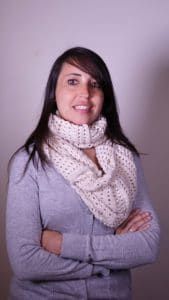 Injecting capital to hire talent is essential in order to reach maturity as an entrepreneurial ecosystem, but market dynamics also have a great influence. “Losing your job in San Francisco—where there are so many startups—is not the same as in other places. Failure is relative in that city. There is always another startup that either buys you out or hires your people. It is such a dynamic ecosystem that the big fish eat the little fish,” explains Rosa Jiménez Cano (Madrid, 1980), Silicon Valley correspondent for El País for several years, now settled in Miami as Chief Ecosystems Relations at the accelerator and investment fund The Venture City.

According to this expert in startups in the United States, Europe and Latin America, exits are very important in strengthening an entrepreneurial ecosystem. In entrepreneurial language, an exit is when the startup is sold: “There need to be certain sales or exits that are successful, not only to serve as an example, but also for those entrepreneurs to become what is referred to in the United States as the PayPal Mafia. This is a catalyst for more success.”

While cities in the United States, Europe and Asia are heading toward the maturity and dynamism of Silicon Valley, that remains a distant goal for Latin America. However, cities like Sao Paulo, Santiago de Chile, Buenos Aires, Mexico City, Bogotá and Medellín are starting to emerge as centers of entrepreneurship. “Since 2009, more than 12 billion dollars have been invested in 1,800 operations for technology companies in Latin America and the Caribbean. A record was set for the region last year, with technology companies raising more than 5 billion dollars in over 360 deals,” according to CB Insights.

The problem in this region of the Americas is that “there is not as much investment or talent. Not because people don’t have talent, but they don’t have the right skills. There, the shortage of programmers cannot cover the needs of what they would like to achieve. There are very few software engineers with the ability to get into the entrepreneurial world. Even if you wanted to create a startup, you can’t find the money or engineers in the first place. Because they are so few and far between, you have to pay a lot and in the beginning, you don’t have that money, which prevents you from getting a good start,” explains Rosa Jiménez Cano.

Despite the lack of access to the seed funding needed to grow, the innovation fund for Latin America from the Japanese giant, SoftBank, is “becoming a massive injection for startups, but for later phases. But until you become interesting to one of these funds… it is very difficult, and very few make it there. For someone to give you at least 10 million, you need an established product, I don’t know how many people have achieved these milestones… and the challenge is getting to that point where you can be appealing,” says Rosa Jiménez Cano.

Financial support is even more limited for women in Latin America (only one percent have access to capital, compared to seven percent of men). Although the barriers to starting a business are the same, women are seen as responsible for balancing family and home duties and traditional gender roles continue to be assigned to them. In addition, they are less likely to get training and business development services, among other obstacles. Still, they lead the way in fintech entrepreneurship, with five times more business startups of this type founded by women than the world average of seven percent.

“An effort is being made to promote the entrepreneurship of women in Latin America. In fact, there is a very interesting lady, Pamela Esteva, founder of the audiobook company Beek, who was the first Mexican to gain access to YCombinator, which is the most desired accelerator that all startups want to go through. In general, anyone who has the money for entrepreneurship already had it — they had the contacts or knew how to get there. It is not as democratized as in other places,” says Rosa Jiménez Cano.

Trends and tech sectors with the brightest future

One of the ways forward in Latin America and other regions that lag behind in entrepreneurship is undoubtedly “low-code,” a phenomenon that is multiplying innovation opportunities. The low-code platform development market will experience a 29 percent growth in the Compound Annual Growth Rate (CAGR) in Latin America, the Middle East, and Africa during 2020–2026, according to a study by ResearchAndMarkets.com.

Based mainly on Artificial Intelligence, “low-code platforms give rise to services, startups and applications without needing to know how to program, and instead use simple tools. It is not an industry; it is a way of working or creating. It paves the way for a lot of people to be able to create applications. I don’t mean that programmers are no longer needed, but it does make it possible so that, at least initially, you can create a product and check that it is relevant for the market. These platforms really change the way products can be created from scratch and democratize access to new services and startups,” explains Rosa Jiménez Cano. One of the great benefits of these tools, compared to hand coding, is that they speed up the development of applications. They also encourage a greater variety of individuals in the work group, not just programmers.

Another trend that is becoming more and more prevalent in the startup world is what is known as Product-led growth. It is a strategy that places the product at the epicenter to generate revenue. “There are now startups following the trail of companies like Slack, based on the product-led growth. That is, where the growth vector is not marketing or virality; rather, it is the product itself and its use that drive its development because of how well polished it is and how useful it is,” says Rosa Jiménez Cano.

The pandemic has accelerated digitization and everything related to biotech, healthytech, edutech and remote working and productivity; however, one of the sectors with the brightest future is transportation, notes the expert from The Venture City. “Everything related to mobility, urban, green… out of concern for the planet as well as for efficiency, the autonomous car revolution, Amazon logistics, deliveries and congestion in cities.”