Mariano Esteban: “We need to use all clinical means to protect the population, slow down the infection, and allow the body to overcome it”

Mariano Esteban, Researcher at the Spanish National Research Council (Consejo Superior de Investigaciones Científicas — CSIC), Head of the Poxvirus and Vaccines Group at the Spanish National Center for Biotechnology (Centro Nacional de Biotecnología — CNB) and member of the WHO scientific committee, has, for many years, worked on developing vaccines against emerging viruses, such as Chikungunya, Ebola, and Zika. Currently, as he explains during the interview, he is putting all of his experience together with his team to find a vaccine to fight coronavirus.

One of the issues that is attracting attention in the analysis of this virus is the possible difference between that spreading in Spain and that detected in China. Can the virus mutate over time and would this explain the difference in mortality rates between the countries? 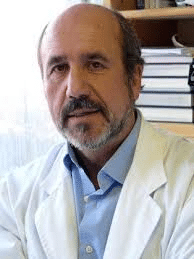 Given that it is a ribonucleic acid (RNA) virus of around 30,000 nucleotides, it is logical that, while it spreads through the population, some mutations may occur in its genome. Compared with other RNA viruses, such as HIV and the flu, SARS-CoV-2 is somewhat stable.

There is still no scientific evidence that the virus circulating in Spain is more lethal than the virus that originated in Wuhan; comparative studies of genomic sequencing on the population and the pathogenicity of viruses isolated from patients with varying degrees of virulence will answer these questions.

What other factors could cause the different mortality levels in the countries with the highest incidence?

Mortality is related to different causes; these include cases where people suffer from other pathologies, are taking multiple medications, or have immunodeficiencies, which weakens the immune system’s response to the SARS-CoV-2 infection. The average lifespan is longer in the Spanish population than in other countries, which is another contributing factor; in general, older members of the population have an immune system that is less powerful against pathogens than that of the younger population. These considerations will need to be established at the scientific level.

We have read that, in Korea and Singapore, there have been hardly any deaths, while in some European countries, the percentage continues to skyrocket. What is the prognosis and how long can we expect to maintain the most drastic measures that have been taken until the peak of infection stabilizes?

The actions taken by South Korea, Singapore, and Hong Kong were implemented immediately after learning about the epidemic in Wuhan, which enabled them to establish short circuits, preventing the spread of the virus. In addition, the age distribution of those populations differs from that of Spain. The greater the number of older people exposed, the more susceptible the country is to the coronavirus infection.

As a virologist, I believe that the drastic measures taken in Spain are necessary, given that the virus is widely distributed throughout the population. With this measure, it is hoped that the peak number of cases will be reached and the incidence will be reduced between April and May. When there are no cases of infection, the virus will disappear or become chronic due to the natural resistance that the population will have acquired. We do not yet know how long the body’s resistance to reinfection lasts.

Why does this virus affect people to different degrees? Does it have something to do with acquired antibodies or immunoresistance to the virus?

As it does against all pathogens, the body defends itself through the two essential branches of the immune system that repel infections: firstly, the activation of B cells that produce antibodies against the pathogen and, secondly, T lymphocytes (found in the thymus), whose mission is to attack and destroy the cells
infected by the virus. In general, the older you are, the less resistance you have.

The combination of natural resistance and the resistance of those who have suffered from the infection will increase the population’s resistance to the virus, limiting its spread. However, there will be second and third waves of infection, but they will be much less aggressive.

Faced with a pandemic such as this, do we need to be aware of the fact that there are real risks that affect us as human beings? Do you think that COVID-19 is here to stay? Could the situation that we are currently experiencing be repeated at a later stage?

Humanity has suffered epidemics/pandemics caused by microorganisms throughout the centuries (plague, cholera, smallpox, influenza, measles, polio, Ebola, Zika, Chikungunya, dengue, and others) with millions of deaths, decimating populations. The SARS-CoV-2 pandemic may stay or disappear, with sporadic spikes. Only time will tell.

With regard to the work you are carrying out at the CNB in search for a vaccine, are we a long way from this or another solution to this virus? In the event of mutation, would they still work?

Several countries, including Spain, are working on finding a vaccine against SARS-CoV-2, the cause of COVID-19. My group is generating a vaccine that targets coronavirus antigens, which are responsible for inducing immune responses that we consider protective.

Another group at the CNB, led by Luis Enjuanes, is working on an attenuated coronavirus vaccine.

I don’t believe it will be necessary to produce a specific vaccine for each country or region, but that the different vaccines that will be produced will act individually or jointly against the coronavirus, wherever it prevails.

As an expert in the subject, how concerned are you about this pandemic?

Logically, the aim is that people do not die from the infection. We have to use all clinical means and antivirals that we have available and that may have some beneficial effect in protecting the population, so that the infection slows down and the body can overcome it.

We need to identify specific antivirals, which will take time, and we need to develop antibodies as rapid measures for therapeutic containment, but vaccines are the most effective remedy for controlling the pandemic.  We welcome the commitment made by the President of the Spanish Government to finding a vaccine, and the funds granted by the Spanish Ministry of Science and Innovation for this purpose in the fight against the coronavirus.