At MAPFRE, where we are committed to actively defending SDG 3 (Health and Well-Being for all), we interviewed Celso Arango, President of the Spanish Society of Psychiatry, Director of the Institute of Psychiatry and Mental Health and Head of the Child and Adolescent Psychiatry Service at Gregorio Marañón General University Hospital, to gain insight into the mental health of young people. Coinciding with World Mental Health Day, the renowned psychiatrist—an honorary professor at King’s College in the United Kingdom and an internationally recognized lecturer and researcher—emphasizes the need to invest in innovation, adding that the pandemic has increased cases of anxiety disorders and depression by more than 20%. 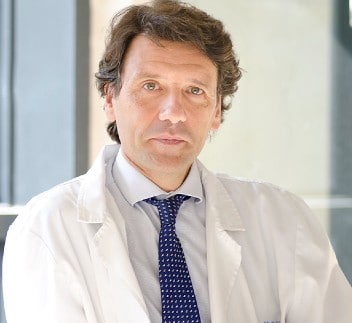 Right now, are there any winds of change in the mental health field that it would be helpful to know about?

We are witnessing a revolution in everything concerning digital medicine, with new therapeutic treatments based on virtual reality and a huge increase in apps, which we must filter to differentiate the good from the bad. All the big companies, such as Google and Apple, are embracing Digital Therapeutics, digital therapy for mental disorders, and Digital Health, which is far broader because therapy is only part of it. There have been virtual clinical trials where patients don’t come to the hospital. We actively and passively monitor variables concerning their sleep, blood pressure, and symptoms, which can be reported through the apps. This makes data collection very ecological, because we do it wherever they are, far away from a hospital lab, and this data is very important. When patients come to my office, I ask them: How are you doing now? Then we bring each other up to speed, but it’s also possible that, at that moment, they may not remember, for example, if they had a panic attack or an active hallucination of more than five days.

Do digital therapeutics make it possible to collect more extensive and higher-quality data?


When you’re collecting live data, you’re capturing everything, so you get a lot more information. Above all, we are having success with the digitalization of virtual reality-based therapies, simulations, systematic desensitization to conquer, for example, the fear of flying, exposure therapies for phobias, and battling eating disorders or body image distortion. They can show how patients see themselves and how they really look, helping to reduce the discrepancies between these two perceptions.

Digital therapeutics go a long way in all illnesses: schizophrenia, bipolar disorders, depression. In fact, the U.S. and European regulatory agencies are already approving some digital therapeutics, for example, for attention deficit hyperactivity disorder (ADHD), with videogames that help improve attention span. But it’s important to analyze them carefully: right now, there are 50,000 apps, and very few have proven to be valid. It’s important for them to do that, as with drugs before they reach the market. They have to undergo full clinical trials to determine whether they work and what the side effects are.

What other practical advances would you highlight?

For example, medications taken by the patient that send a signal when they reach the stomach. That way, the nurse or the doctor knows that the patient is receiving treatment. One of our problems is that many patients don’t take their medication, so if they agree and give their consent, this allows us to really monitor that. In addition, we are administering drugs that patients once had to take orally every day, but now we can administer them every six months, such as an antipsychotic for schizophrenia, which can now be reduced to two injections a year. The substance is gradually released, and that’s the only drug treatment they require. It greatly simplifies the process and improves people’s lives.

Is the public health system already benefiting from these innovations?

It’s lagging behind. Everything is much slower and more bureaucratic. I understand that it’s important for the public system to be evaluated for what is cost-efficient, but Spain is not a country that makes technical decisions based on scientific evidence. The United Kingdom, on the other hand, has a body of scientific excellence called MICE, which evaluates any new treatment that comes out, be it digital, pharmacological or therapeutic, and is responsible for determining whether the public system should fund it based on whether it saves money or significantly improves people’s lives. It does so in a scientific, independent way, without conflicts of interest. That doesn’t happen in Spain; innovation is not the priority here. I have been quite critical of the Mental Health Strategy draft because it has almost no elements of innovation. Innovation must be prioritized in public health care because it has truly proven to be cost-efficient. This is one of our outstanding tasks.

How are things going now after the summer break?

We have been forced into telemedicine, but we have learned a great deal about what can be improved and where it’s not optimal. Most mental health consultations are being held over the phone, and that shouldn’t be happening. As professionals, we know that hearing a person’s voice is not the same thing as seeing a person, even if it’s just through a camera. Limiting ourselves to phone consultations instead of virtual consultations is an indicator of poor quality of care, There comes a time in primary care when we must decide whether to return to face-to-face care. Of course, this is necessary for any new patient we don’t know or when their case is suspected to be serious or requires a physical examination.

That quality-based culture is lacking. Sometimes things are done after detecting areas for improvement, but we need to measure and have indicators to know whether a change has worked. If not, you need to be humble and go back to what you were doing before. With the pandemic, this hasn’t been a voluntary choice. Telepsychiatry is great because many patients will benefit from not traveling to health centers, but you have to practice precision medicine. You need to know who, in particular, is not going to benefit from it.

“Innovation must be prioritized in public health care”

How much of an impact has COVID-19 had on psychiatry?

The fact that people are talking about this is because it has affected us. That’s how it works. The objective fact is that people are talking about mental health now more than ever. During the economic crisis in 2008, we saw an approximate 20% increase in mental illnesses, such as disorders of various types or panic attacks. This time, we also have people who have been infected, people dying, uncertainty, social problems, etc., so we expect a more significant increase versus 2008.

Certain segments of the population are suffering from it. In Spain and across Europe, hospitals are running out of beds in adolescent psychiatric units. There are no free beds, and we have a waiting list.

It started with adolescents, probably the most vulnerable group—likely due to confinement—but we expect it to continue with others who are especially vulnerable: those with underlying mental disorders, first-degree relatives of patients who died of COVID, patients with severe COVID or with major neuro-psychiatric sequelae, mainly those who have been admitted to the ICU, and healthcare professionals who have been working on the front lines and present a multitude of cases of anxiety, depression or post-traumatic stress disorders.

What else impacts the mental health of children and adolescents?

Above all, the way they interpret things. Being deprived of freedom has affected everyone, but in adolescence, experiences seem worse than during other stages of life. They tend to blow things out of proportion and believe that there is no solution, that they’ll last a lifetime. They are unable to view situations as temporary and predict that things will get back to normal. Another influence during confinement was their tremendous exposure to social media and toxic content related to body image, for example. This has led to a huge number of eating disorders, cases of depression, and suicidal thoughts. It’s important to learn our lessons, so the next time decisions are made that concern public health when it comes to assessing the risks and benefits of any measure, we know that confining young people has a high price that we were unaware of until now.

In addition to the important role of psychiatrists, would it benefit society to strengthen psychology services? What should be their role in preventing conditions such as anxiety, depression, and ultimately suicide?

Situations like the ones we have experienced affect everyone. Companies, families… They expose the shortcomings. In Spain, we have significantly fewer psychiatrists and clinical psychologists than the European average, and it’s 400% fewer in the case of nurses. It’s essential to have good mental healthcare teams made up of different professionals (psychologists, psychiatrists, nurses, and social workers). For many illnesses, the first recommendation, especially for young people, is a good psychotherapeutic evaluation to identify the most serious and chronic cases and those in which psychiatric drugs are needed.

To treat a mild depressive disorder in an adolescent, the first recommendation is cognitive-behavioral psychotherapy, which involves one hour of assistance a week, for 16 to 18 weeks. The Spanish public health system cannot provide this. We don’t have enough psychologists to provide what we know is the best because it’s more effective and beneficial, with a lower cost and fewer side effects. It’s painful and frustrating that the system is not prepared to provide what we know would be ideal.

What signs should we watch out for in particular?

We shouldn’t psychiatrize human nature or life experiences like the ones we are having. As a professional, I worry if someone isn’t affected by what is happening. It’s normal to have a bad night due to uncertainty, anxiety, or pessimistic thoughts about the future. If a family member dies, sadness is to be expected. The warning sign that should make a person say: oh no, this is getting out of hand, it is the moment when all those expected symptoms impact major aspects of their life, such as not being able to work, not enjoying their family or not have a social life. Those are red flags that a person’s functioning, clinically, has been altered. That’s when we have a mental disorder or the start of one.

If we hear a colleague, friend, or family member talk about suicide, about the act, or say that life isn’t worth living, it’s essential not to trivialize it or take it as a joke. 50% of people who commit suicide had previously spoken to someone about it. When someone talks about this, we must encourage them to get the help they need and see a mental health professional.