The donation made by Fundación MAPFRE to contribute to the fight against COVID-19 in Uruguay comes at a defining moment, on the group’s 25th anniversary in the country.

To support the country in its fight against the pandemic, the company is making donations of up to 480,000 euros, in order to present Hospital Español with a state-of-the-art computed tomography (CT) scanner, among other things, and is collaborating with another organization for the contribution of 90,000 euros to keep supporting the institution.

“This is a set of initiatives aimed at giving momentum to institutions that are fighting the pandemic by contributing medical and personal protective equipment,” the Foundation’s representative in the country, Marianne Delgado, said at the ceremony to the President of Uruguay, Luis Lacalle Pou (both in the center of the image above).

These donations, which are part of the 35-million-euro international aid program undertaken by Fundación MAPFRE to tackle the pandemic around the world, include 10,000 masks and 200 boxes of gloves equally distributed to SINAE (Sistema Nacional de Emergencias — Uruguay’s National Emergency System) and the country’s Ministry of Defense.

Another 10,000 masks have also been provided to the Hospital Militar, and 1,000 more gowns will be distributed to SINAE in the coming weeks, as well as medical equipment to the Hospitals of Punta del Este and Salto, and ventilators to the country’s different regions. 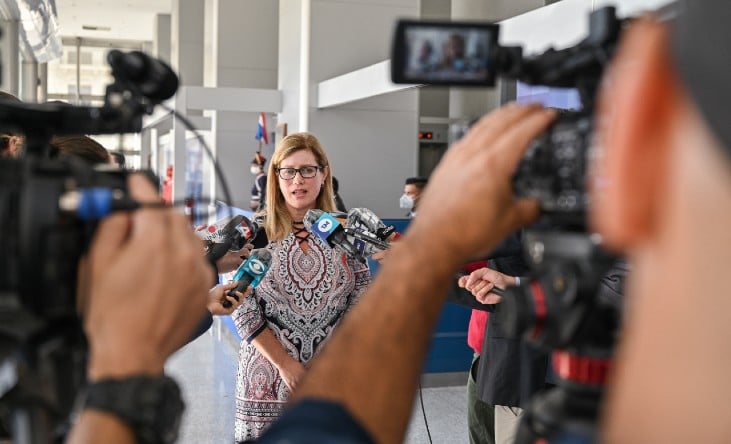