The wave is here 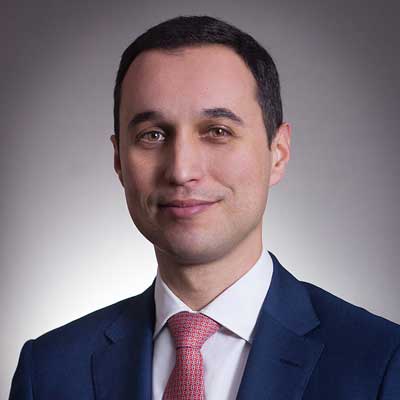 And so the long-heralded wave has finally arrived. No, I’m not referring to the cold and snow that have wrought such havoc all over Spain in the last several days. Nor am I talking about the third wave of the pandemic, which we now seem almost certain to face in the coming weeks. Instead, my subject today is a wave with much more positive effects that we’ve been talking about here at MAPFRE AM for months: the wave of investors seeking assets in the sport industry, especially here in Europe.

During the past month, two of the world’s leading economic publications, The Financial Times and The Economist, have both opened their cover pages with stories about the growing interest in this traditionally overlooked sector. Let’s have a recap. Over the past year, American fund Silver Lake bought a stake in City Football Group, the holding company that controls Manchester City. New owners also arrived from the United States to buy out clubs such as Toulouse or AS Roma, to name but two. The Italian soccer league received some ten or more offers for the new company that will manage its audiovisual rights, and the Spanish league announced that it is negotiating with financial partners for its technology subsidiary. In addition, European rugby attracted the interest of CVC Capital Partners.

On the other side of the Atlantic, the acquisition of the MLB’s New York Mets by well-known hedge fund manager Steve Cohen—who paid out around 2.4 billion dollars for the pleasure—and that of the NBA’s Utah Jazz for about 1.7 billion dollars set new standards in the field and acted as trailblazers for a whole new trend. Not to mention the large number of new SPAC launches aimed at looking for sports-related assets. In addition, professional leagues such as the NBA and MLB opened their doors to the creation of investment vehicles that may take minority stakes in their franchises.

These are just a few examples from a year that has experienced a veritable frenzy of investment in the sport sector. For us, however, this was no surprise at all, as we began to raise the subject back in 2019, long before it became a trend. While it is true that the crisis caused by the pandemic has led to a marked reduction in the prices of these assets, thus helping to arouse interest from some funds, the positive dynamics that have turned the sector into investment-friendly territory had been gaining momentum for a long time. Indeed, some of these significant changes have only accelerated with recent developments.

The MAPFRE AM Behavioral Fund, our European equity fund that focuses on the study of market psychology, has for several months been exposed to the sport industry to the extent of around 20 percent of its total assets. It is by far the most important sector in our portfolio. We are shareholders of companies such as MIPS AB (our most significant position), Technogym, Adidas and The Gym Group, but perhaps our most eye-catching investments are in the three soccer clubs Borussia Dortmund, Ajax of Amsterdam and Olympique Lyonnais. European soccer has gone from being a place where it was unthinkable to invest in a rational way to representing an interesting opportunity.

There is another wave in the financial industry that started its irresistible rise just a few years ago, and in which MAPFRE AM has also positioned itself as a market leader: socially responsible investment. In this respect, it is surprising that the funds specializing in this area are paying little attention to the sport sector. Yet there are probably few more responsible investments in existence. Investing in sport means investing in values, education and health, as well as clearing the way for narratives of improved corporate governance and new routes to environmental sustainability. To quote Nelson Mandela, “Sport has the power to change the world.”

Yet it is not only the companies operating in this sector that can promote improvements for our society and for our planet. There is also a wave of solidarity led by the sportspeople themselves, which is really worth paying attention to. Some notable examples are the soccer player Esteban Granero, who put the artificial intelligence developed by his Olocip company to work on advanced analytics to anticipate the pandemic, or the Denis Suárez Soccer School, an example of strategic investment designed to improve the lives of children in the Spanish province of Pontevedra.

We could also point to Pau and Marc Gasol, with their work on childhood obesity, and the foundations of Rafael Nadal, Andrés Iniesta, Iker Casillas, Fernando Alonso, Ricky Rubio or José Manuel Calderón. Or Juan Mata and the Common Goal movement. Julio García Mera with his support for a campaign to make us smile (“Hagamos Sonreír“). Igor González de Galdeano helping with the training of young cyclists through Kirolife. Jaime Nava and Patricia García transmitting the values of rugby. We will have the opportunity to speak to some of these sportspeople in the new MAPFRE AM podcast, “La Bolsa de Deporte” (“The Sports Exchange”), to which you can already subscribe.

The big question now is whether there is still potential remaining in this trend toward investment in sport that started to take shape in 2020. Our opinion, as can be deduced from our significant stakes in the companies mentioned above, is emphatically positive. Many of the recent changes that have made this sector attractive to investors remain unknown to the vast majority of the market. In addition, last year’s transactions led by private equity funds have not yet been reflected in the valuations of publicly traded companies.

However, if you are tempted to take advantage of this wave, we recommend a fair dose of patience, following the example of kitesurf champion Gisela Pulido. And remember that investment is a test of the sort of resistance shown by Mario Mola, the three-time triathlon world champion. The current dynamics in the financial markets might tempt us in the coming months to want to enjoy a period of abundance on other beaches, with currents that in today’s light may seem more favorable. To avoid that temptation, remember Warren Buffett’s famous warning that only when the tide goes out will we learn who was swimming without clothes.