Offshoring and shortages: risks of the globalized economy

The world economy has never been as interconnected as it is today. Production chains have been spread across the globe so that if you trace a complex product such as a vehicle or a computer, it is more than likely that dozens of countries and several continents were involved in its manufacture. Raw materials from different places, with different factories specializing in each of its components, then assembly in another plant, and finally a product that may end up in the garage or the living room of an end consumer thousands of miles away.

This entire chain in turn depends on global transportation, which is mainly by sea in large cargo ships. And what happens when something goes wrong in this complex distribution network? In 2021, a supply crisis arose with no precedent in modern times: transport connections were clogged and millions of containers were left idle in ports throughout the world. As we are seeing in the wake of the invasion of Ukraine, international conflicts and tensions can also profoundly alter the connections that drive global production.

Industrial offshoring is one of the fundamental phenomena that has characterized the economy in recent decades. It has mainly taken place from more developed regions to countries with lower labor costs, with Asia as the main destination. No one produces from raw material to final product in the globalized world anymore. This shift has made production cheaper, making many consumer goods more affordable. But it has made the nations that offshored the most highly dependent, when they were generally already dependent on imports of raw materials.

When the recent global transportation bottleneck caused months-long delays in deliveries of materials, manufacturers worldwide found themselves in an unprecedented situation. Demand for their products was soaring after the worst of the pandemic—unlike the usual pattern in other crises, when the opposite was true—but they were unable to keep up because the components they needed to start up their machinery were not arriving in time. The result: production stoppages in factories, which were forced to cut shifts or send workers home for weeks at a time.

The prime example of this problem arose in semiconductors, which are basically the core ingredient of chips. While more and more devices have become “smart,” leading to an increase in the use of these chips, their production has become ever more concentrated in just a few countries; in fact, more than half of the world’s manufacturing of semiconductors happens to just two countries: Taiwan and South Korea. In addition, the pandemic had increased demand for computer equipment due to trends such as remote work or increased consumption of technology-based entertainment.

Compared to other types of materials, a shortage of which could be covered at a given moment by turning to alternative markets, albeit at higher prices, the shortage of these small parts revealed the dependence and limitations of this import model: factories were unable to adjust to an increase in demand within reasonable time frames, nor could the existing merchant fleet meet the need for a greater flow of goods. This chaotic situation showed that many companies and nations were highly vulnerable to a supply disruption with their location at the end of the production chain. The shock of the abrupt cutoff of supplies lies behind the millions of dollars in investments announced by European authorities and countries such as Spain to start manufacturing microchips and other industrial components.

However, while the transport crisis has sharply affected the insurance industry, these industrial production difficulties mainly did so indirectly. The possibility of supply delays is a business risk. It has increased with the trend towards offshoring and suppliers in countries such as Asia, but it is not a risk that can be attributed to accidental causes for which insurance companies are forced to pay indemnification. It is a rule with nuances: the grounding of the Ever Given container ship in the Suez Canal, which shut down maritime traffic for a week, is considered a sudden event, so insurance is liable.

The industry has not been unaffected by a situation making headlines in the media for months. For example, in an incident in an insured factory in Peru, the policy covers replacing damaged equipment, such as a turbine that is made in China. Given that the entire operation depends on transport, last year’s bottleneck slowed it down and increased the claim cost for an insurance company. It must compensate for the number of days that production is stopped due to the lack of this equipment, and the need may arise to transport the item by plane, which is far more costly than doing so by ship. But, in general, what has occurred has been a fall in the sums insured by companies, which have sometimes also refrained from including the loss of profit clause in their policies to reduce costs.

Although several actors are involved in production in the globalized economy, this crisis has had major differences depending on the degree of integration. The most affected sectors are those most dependent on maritime transport and with the greatest weight of technology. In contrast to a model such as that of a food product manufacturer, where raw materials are close to the industrial plants, there are fewer integrated sectors. One example is the automotive industry, which involves producers from all over the world, and which has been featured in images of factories shut down due to lack of supplies.

Large manufacturers have kept the segment of the chain that provides the most value in-house, namely final assembly, while outsourcing other tasks. This redistribution of production centers has made processes more efficient and, as a result, goods enjoyed by consumers cheaper. But, as we have seen, it also carries the risk of what can happen if the complex machinery of world trade grinds to a halt. 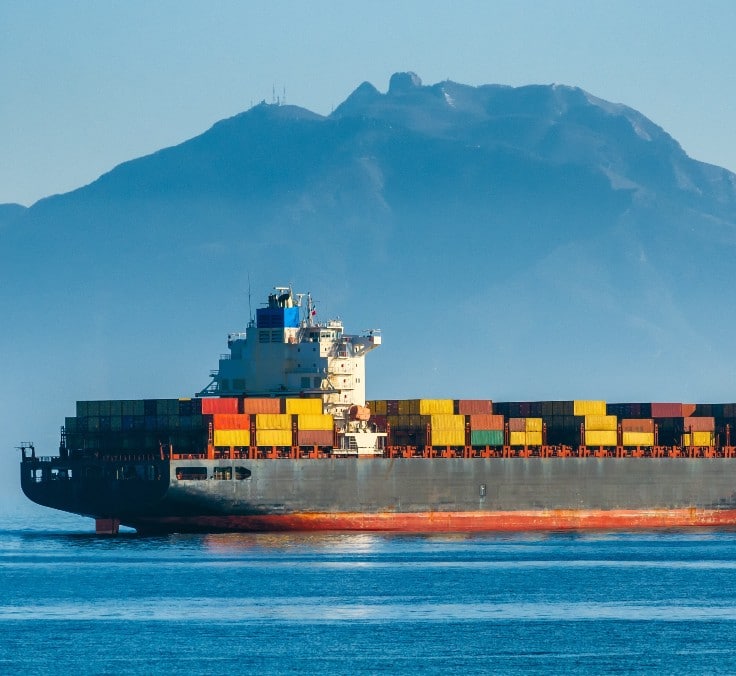 How are worldwide shipping delays affecting the insurance industry?