Heading toward the new normal 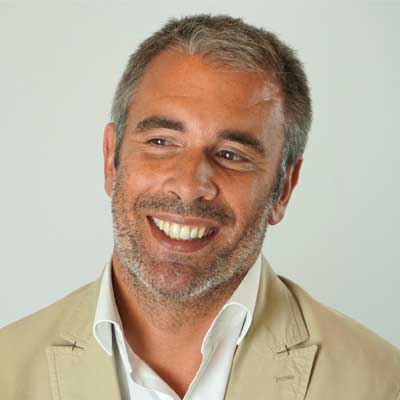 The title of this article may seem presumptuous in view of the gravity with which the third wave has hit us once again. It’s true that the global economy is facing a time of great uncertainty, although it’s also true that a scenario can already be seen in which the world emerges from recession by the end of the first half of this year.

It’s no small matter that the IMF has upwardly revised the growth forecast for the global economy, with the US and China leading the way. This is something that was already observed in the latest Outlook report: the United States will indeed be the first economy to return to the GDP levels seen at the end of 2019.

Overall, the global economy is expected to grow moderately above its potential on average between 2021 and 2022. This central view assumes that a return to normalcy will be achieved as a result of a relatively easy exit from the crisis, by herd immunity being reached within around six months. However, we are aware of how risky it is to believe in such short-term virus “endpoints.” That’s why a stressed scenario is also contemplated, in which the return to normalcy is postponed and epidemiological “endpoints” would not be reached until well into 2022, and thus the recovery would be delayed by one year.

The protagonist of this economic recovery will be consumption, based on expectations that allow the release of non-intermediated and accrued monetary savings in a precautionary manner, and/or in anticipation of future fiscal costs. In both scenarios, the monetary policy of developed economies remains extremely accommodative and anti-cyclical in its quest to produce unprecedented favorable liquidity conditions and in its effort to accommodate fiscal policy. There is no doubt about this, despite some cases where the central bank has already projected the possible abandonment of zero rates in early 2022, as is the case with the Norges Bank.

This reduces the recovery to the contribution of developed markets, which will capitalize on the dual monetary and fiscal momentum and contribute two thirds of the output gap closure through the advance of private demand. Emerging markets, however, will have a longer path, given past imbalances and vulnerabilities.

This recovery scenario depends on the balance of risks, including, inter alia: the reduction of risks related to foreign policy, as a more transparent, multilateral and composed approach is expected in light of the new US scenario and the victory of the Democratic Party led by Joe Biden; the economic recession caused by the lockdown and social distancing measures implemented to tackle the COVID-19 pandemic, which pushed the global debt-to-GDP ratio to a new historical peak of 356 percent in the third quarter of 2020; the intensity of adverse geopolitical events, which is still high as global uncertainty is consolidated, opening the gap between advanced and emerging countries and enhanced by further institutional deterioration; and the consequences of a new wave of COVID-19 infections, the risk of viral mutations and the prospect that the outlook for the first half of 2021 could be thrown off balance by further containment measures.

The return of the economy to pre-crisis levels will take place within the framework of a new international context with profound changes among the main players. In line with the IMF’s recent forecasts, I believe that China will play a key role in the global recovery. It is a formidable geopolitical, technological and commercial rival, and its status and relationship with the United States and the European Union is transforming accordingly. Latin America has been the region most affected by the COVID-19 virus due to the lukewarm economic response (limited fiscal space), poor healthcare preparedness and capacity, and existing imbalances and vulnerabilities (poor savings, external vulnerability, dependence on the cycle of raw materials and the tourism sector). In the US, the Trump era with its bilateral and autonomous approach has come to an end, and the Biden administration has reversed many of its predecessor’s policies. In Europe, despite recent outbreaks, a significant growth rebound is expected in 2021, albeit insufficient to achieve pre-crisis levels before mid-2022; and the output gap will not close before 2024. Spain, where we’ve seen a growth of 6.1 percent, will be the economy that takes longest to recover what has been lost during this crisis.

In summary, with the recent confirmation of new viral strains, the news stemming from the pandemic leaves little room for optimism. However, in macroeconomic terms, some resilience was shown in the fourth quarter and the new normal is just around the corner. Therefore, the next upturn in economic activity will have implications for the interest rate curve, inflation and exchange rates. But let’s leave that until the next edition.