The US Federal Reserve once again reacted with emergency intervention measures prior to opening bells amid liquidity tensions that have been escalating throughout over the week, as the severity of the Cov-19 crisis became more evident in the USA. 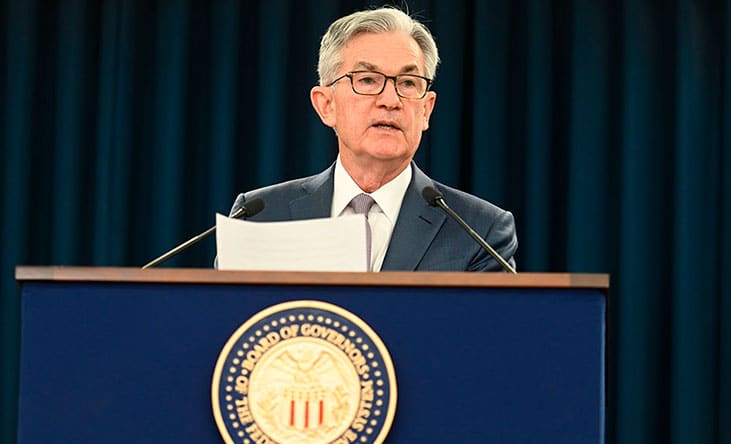 The effects on the market were immediately apparent: Brent and European stock exchanges (IBEX, EuroStoxx, and Dax) crashed, even more so than in Asia, and the appreciating euro enabled to reach 1.15 dollars this week. The VIX index measures aversion to risk, which is currently higher to that experienced during the Lehman Brothers debacle, while investment-grade spreads and their CDS were triggered. Finally, risk premiums in Europe also began to rise.

We consider this to be is a welcome event, however not very effective in the current context.

Thus, there will be no alterations in current policies until at least the end of 2021.

The market welcomes the renewal of an ambitious purchasing program, however there are doubts whether it will have the effect the QE1_2_3 purchases had. There are several reasons for this: household balances are not the problem (as in the past) but rather corporate balances. In fact, we can see growing tensions in the funding of medium-sized enterprises and SME fabric (BBBs, HYield, etc.). The utilities and energy sectors are of particular note, as they are also affected by the abrupt fall in oil prices. Purchasing measures should and may be extended to corporate debt purchases. This is especially important to ensure that corporate assets are not downgraded (lowered ratings) on the liabilities of financial entity, as is the case in the insurance industry.

Liquidity measures implemented in a coordinated manner are fundamental. They are in addition to those already carried out unilaterally by the other central banks and help avoid international arbitrage of dollar liquidity, so their effect is maximized. This is precisely the measure analysts and ourselves deem crucial.

The above measure is more effective due to the “whatever it takes” message. It is in line with the suggestion made by Lagarde last week that the capital requirements of the financial system could be revised temporarily so that institutions use their capital and liquidity buffers.

The US government has implemented PPP programs between the public and private sectors to increase COV-19 testing capacity. The US currently has the capacity to test <60 p/million vs. Europe >350 p/million. The lack of information on the exact situation there, and its disruptive potential are precisely what have motivated these in extremis measures. This is clearly an issue of adverse selection getting a late start, but with the necessary intensity.

Other measures adopted until now by different monetary policy institutions:

03.03.2020 – The Fed took a surprising turn with a 50 bp cut in interest rates during meetings held on March 3; Jerome Powell, Chair of the Federal Reserve, stressed that the Monetary and Financial Committee did not consider that monetary policies are not a panacea in the face of the economic challenges posed by COVID-19. He explained that the measures were designed to help bolster financial conditions potentially weighing on economic activity.

Liquidity measures: The Federal Reserve’s main objective is to boost liquidity across all global financial and funding markets so that US banks can continue to grant household and corporate loans to those affected by the COVID-19 virus. As such, the Federal Reserve lowered the discount rate by 150 bp to 0.23%, and announced an agreement with foreign central banks to increase liquidity provisions in dollars abroad, and lift reserve requirements for national banks.

The ECB’s deposit rate remained unchanged in March at -0.5%, amid market expectations of a rate drop of at least 10 bp. All remaining rates were kept unchanged.

Directives for the upcoming future were maintained and continue to state that rates “will remain at current or lower levels until inflation outlooks firmly converge” with the ECB’s inflation target, and that “this convergence has been systematically reflected in the core inflation dynamics.”

The quantitative adjustment program intensified, with an additional 120 billion euros in net assets purchased until year end (in addition to monthly purchases of 20 billion euros). This should raise monthly asset purchases to 32-33 billion euros per month until the end of the year. QE remains. The declaration also mentions a “solid contribution to private sector purchasing programs.”

The ECB has also announced certain temporary changes (June 2020-June 2021) to the Targeted Longer-Term Refinancing Operations (TLTRO III) program, making it more generous. The rate applied to loans will be 25 times lower than the main refinancing rate, and 25 times lower than the deposit rate (previously equal to the deposit rate), should banks comply with their loan reference points. The maximum amount that banks can borrow has also been increased from 30% of their stock of eligible loans (i.e. all loans excluding mortgages) to 50%. The ECB could also consider collateral easing measures to ensure that banks make “full use” of support.

These central banks have agreed to lower the prices of liquidity swap agreements in US dollars by 25 bp, so that the new exchange rate is the US dollar OIS rate plus 25 bp. To increase the efficiency of swaps lines in term liquidity provisions, foreign central banks with regular US dollar liquidity operations have also begun to offer US dollars in every jurisdiction with an 84-day maturity, in addition to the one-week maturity operations currently available. These changes will come into effect with upcoming operations planned for the week of March 16. New price and maturity offers will be maintained as required in order to support the good functioning of the US dollar funding markets.

In Brazil, in line with the consensus, we expect that the BCB will lower the Selic rate by 25 bp to 4.00%, based on a statement issued by the bank on March 3, stating that “the economic impact of the global deceleration on Brazil’s economy tends toward an eventual impairment in the price of financial assets.”

Banxico will likely slash its reference rate by at least 50 bp to 6.50% in the next meeting on March 26, following the US Federal Reserve’s fund rate cut by 100 bp on March 15, pushing it downward toward its zero limit.

On March 16, the Bank of Japan brought forward its Monetary Policy Meeting (MPM) which was originally scheduled for March 18 and 19. The key policy decisions are: 1) the Bank of Japan maintains its short- and long-term rate policies, and focus on the future; 2) it announced more active purchasing policies related to listed securities and real estate mutual funds, with no changes in annual purchasing directives for either; 3) it temporarily increased the upper limit of commercial paper and corporate bond purchases; 4) it introduced special fund supply operations to facilitate company funding in response to the new coronavirus (COVID-19).

The Bank of Japan also decided to increase the upper limit of annual purchases of commercial paper and corporate bonds by a total amount of 2 tn yen, limiting the amount in circulation to some 3.2 tn yen for the former, and to 4.2 tn yen for the latter. These additional purchases will be implemented for a limited amount of time, until the end September 2020.

New special operations for the provision of funds to facilitate financing companies as a result of COVID-19 will provide companies access to 0% percent interest loans with maturity of up to 12 months.