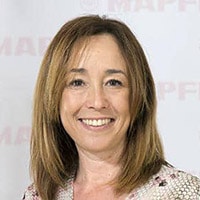 Acutely aware of the situation that many families in Spain find themselves in at Christmas time, Fundación MAPFRE has launched an initiative to support people facing extreme vulnerability over the holiday season. It is distributing 7,000 Christmas cards loaded with 150 euros each, which can be redeemed at Carrefour stores in exchange for food, clothes and toys.

This initiative is yet another element in the extraordinary set of COVID-related actions spearheaded by Fundación MAPFRE and is being channeled through 42 not-for-profit associations attached to its SéSolidario project simultaneously in 40 Spanish cities.

The beneficiaries will mainly be families with children and people living alone in situations of extreme vulnerability, with a particular focus on those who have lost their job as a result of the pandemic or whose income has been drastically cut as a result of the health crisis.

30,000 hot meals will be distributed on December 24 in Madrid

Fundación MAPFRE is collaborating with World Central Kitchen (WCK), the NGO founded by renowned Spanish chef José Andrés, procuring food for the preparation of 30,000 Christmas dinners that will be distributed on December 24 through more than 60 volunteer associations that will take charge of delivering the meals that same day to vulnerable families.

More than 400 volunteers from Fundación MAPFRE will help in the preparation and distribution of these meals under the guidelines of the WCK organization on December 21, 22 and 23 in World Central Kitchen’s premises at the Santa Eugenia Market in Madrid, which has dispatched more than 1 million meals since last April.

On December 24, these menus will be delivered to different volunteer organizations at the Wanda Metropolitano Stadium so they can be shared with vulnerable families.

WCK launched its first kitchen in Spain, led by Karla Hoyos, in the month of March, reaching a total of 18 kitchens with more than 500 distribution points in 24 Spanish cities. So far, more than 50,000 volunteers have cooked and distributed in excess of 2.5 million meals in Spain. Read the full interview with Karla Hoyos here.