The Group’s consolidated revenue reached 20.3 billion euros, with a reduction of 4.7 percent, mainly due to the depreciation of the main currencies in the countries where MAPFRE operates, and the fall in financial returns.

At constant exchange rates, revenues would have grown 1.4%.

Premiums from direct insurance and accepted reinsurance reached 17.2 billion euros, with a reduction of 4.3 percent, primarily due to the effect of currency depreciation and a discreet development of premium issuing in the following countries: Brazil, United States, Turkey, Colombia, Chile and Argentina.

The improvement in premiums compared to the first half of 2018, which presented a fall of 8.4 percent, is due in large part to the issuing of a collective Life policy in Spain, for 282 million euros.

Eliminating the effect of the PEMEX policy that was issued in the first half of 2017 and is not recurrent, as it is issued every two years, and the effect of the collective Life policy issued in 2018, the decrease in premiums would stand at 1.6 percent.

The improvement in the combined ratio is based on an excellent loss experience in Spain, LATAM NORTH and LATAM SOUTH, as well as improved loss experience in the GLOBAL RISKS business unit, which was very affected last year by claims with a high level of intensity. MAPFRE RE performed in line with expectations, despite the impact of Typhoon Jebi. This favorable performance offsets the impact of the storms that hit the US East coast in the first quarter of the year.

The attributable result to September 2018 reached 528.8 million euros, increasing by 18.9 percent. This improvement is primarily due to a lower impact from catastrophic events. In 2017, the earthquakes in Mexico and hurricanes in the Caribbean had a net impact of 176 million euros, while in 2018 the snowstorms in the United States and the typhoon in Asia (Jebi) have had an impact on the result of 58 million euros.
Million euros.

Total assets reached 67.9 billion euros at September 30, 2018 and grew 0.5 percent compared to the close of the previous year. The most relevant changes correspond to variations in Financial Investments, the increase in Technical Provisions and changes in Equity.

In September, MAPFRE closed a subordinated debt issuance amounting to 500 million euros, which was placed among over 80 investors in various countries, with an attractive coupon (4.125%). 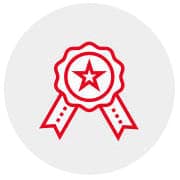 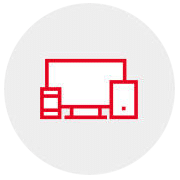 The Board of Directors, at its meeting in September, agreed to pay an interim dividend of 0.06 euros gross per share against 2018 results. Date of payment is December 20, 2018.

* Dividend paid in the 12 months prior