@mapfre
Fundación MAPFRE is providing medical and personal protective equipment to the country’s largest public hospital, located in Manila, which has become a strategic center for caring for people infected by COVID-19 in the Philippine capital.

In light of the crisis caused by the coronavirus, Fundación MAPFRE has recently delivered, to the Philippine General Hospital (PGH) medical and personal protective equipment material worth 187,500 euros (10,400,000 Philippine pesos) with the aim of better protecting the population from the virus and helping the most serious cases.

The Philippine General Hospital, located in the city of Manila, is the largest public hospital in the country and the Government and the Ministry of Health officially has designated it as a strategic center to care for people infected by COVID-19 in the capital. 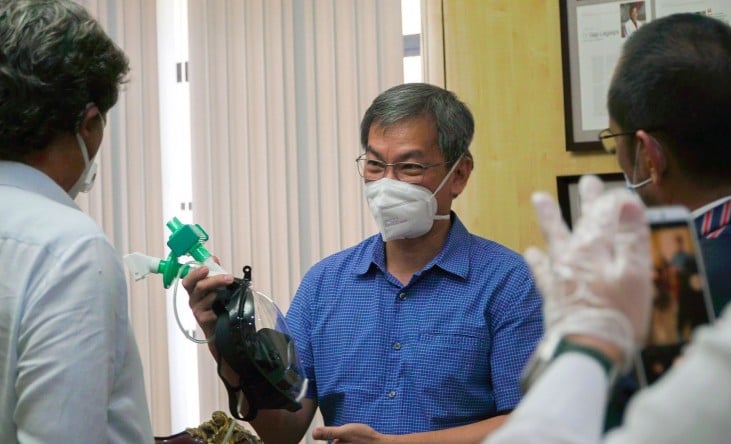 Part of the strategy by the country’s Government to combat the pandemic is to prepare institutions for a mass outbreak and to equip hospitals with as many ICU beds, ventilators, and cardiorespiratory monitors as possible.

The event was attended by Tirso Abad and Kimmy S. Alegarbes, respectively President and CEO, and Vice President – Human Resources Management Division at MAPFRE Insurance, who were accompanied by Gerardo Legaspi, Medical Director of the Philippine General Hospital, several representatives of the UP PGH COVID-19 Crisis Committee, as well as physicians and senior hospital officials, such as Michael Tee, Vice Chancellor, and Anthony Perez, Head of COVID-19 Donations. Also present at the event was Jorge Moragas, Ambassador of Spain to the Philippines, Pedro Pascual, Spanish Economic and Commercial Counselor, and Bárbara Apariz and Peter Hager, respectively Executive Director and President of the Official Spanish Chamber of Commerce, Industry & Navigation in the Philippines.