MAPFRE extends its financial support in Mexico to protect the families of 1.6 million healthcare workers

@mapfre
The Mexican Association of Insurance Institutions (AMIS), of which MAPFRE is a member, has set up Cobertura Solidaria de Apoyo al Sector Salud (solidarity coverage to support the health sector) to protect the families of one of the groups that has been the most exposed to the pandemic.

In appreciation of the heroes who go to battle every day against COVID-19 in Mexico, the Mexican Association of Insurance Institutions, AMIS, has launched Cobertura Solidaria de Apoyo al Sector Salud (solidarity coverage to support the health sector), which will be provided to the families of 1.6 million public healthcare workers who have treated COVID-19 patients.

This protection will benefit doctors, nurses, residents, interns, assistants, hospital porters, janitors and cleaners, among others, who are fighting the pandemic on a daily basis.

The coverage is worth 50,000 pesos per person (over 2,000 euros) and will support these people’s spouses, children and parents. Coverage will be backdated to April 1 and run to August 31, so it will also cover those who have sadly passed away since the start date (April 1). 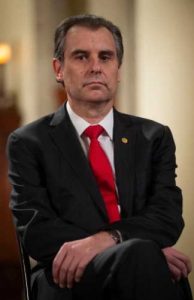 Jesús Martínez, CEO of MAPFRE in LATAM North and MAPFRE Mexico, as well as Vice President of AMIS, took part in the press conference alongside the President of Mexico, Andrés Manuel López Obrador, to show support for this initiative as a further act of social responsibility that strengthens the Group’s commitment to the country. The event was also attended by the Secretary of Finance and Public Credit, Arturo Herrera, and the association’s President, Sofía Belmar.

In Mexico, Fundación MAPFRE, as part of its international aid program, has donated one million euros and launched the Volunteer program “A Friendly Voice,” which has a full-time helpline offering free psychological support to healthcare workers and other groups.